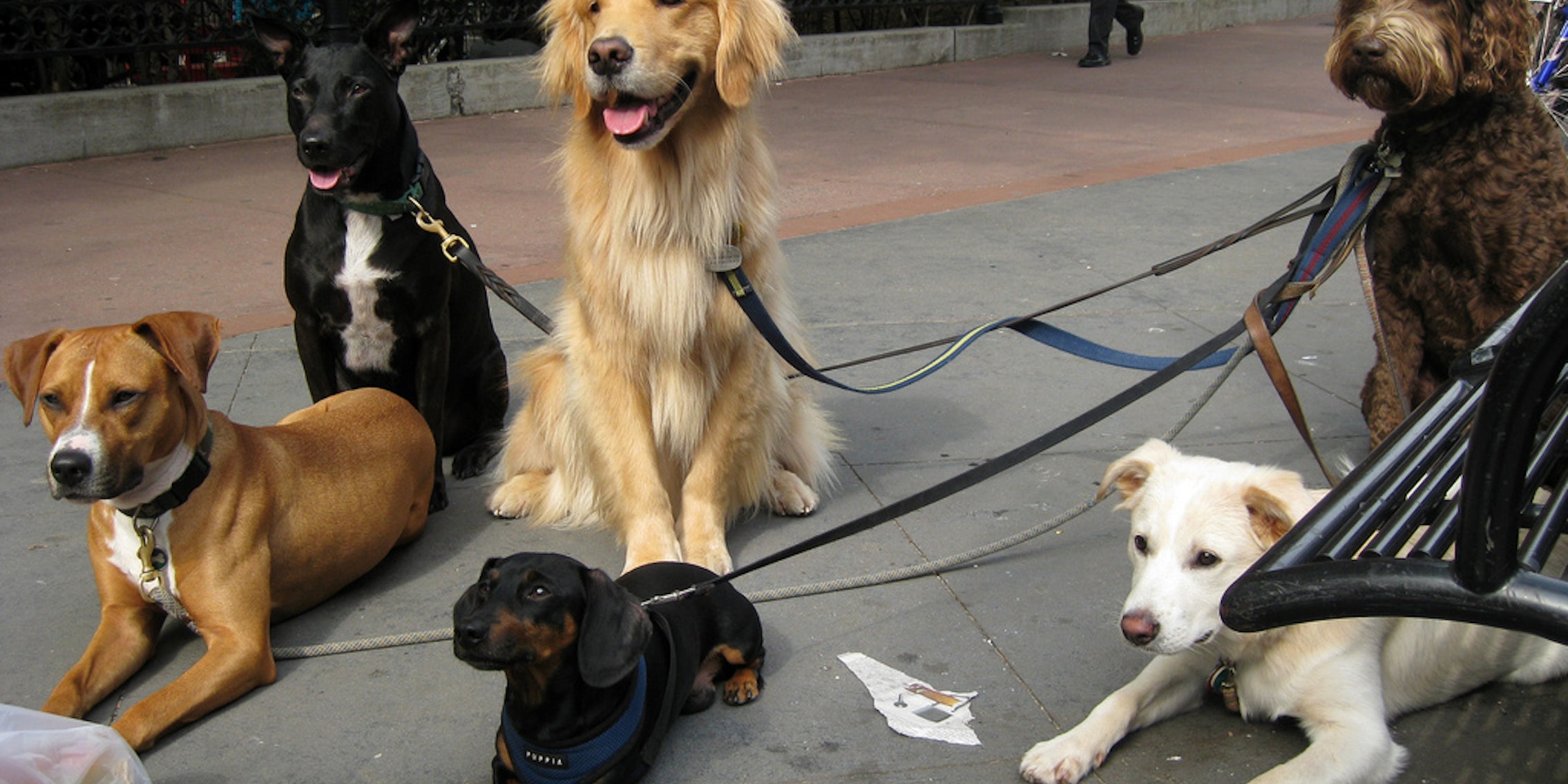 After the Seattle dogwalker ad was debunked and then un-debunked, we all could use a lesson in Craigslist literacy.

If the Internet is like the Wild West, Craigslist is one of its most lawless saloons.

Illustrating this perfectly was a recent ad that appeared on the site offering dog-walking services. Coming out of Seattle, the ad quickly went viral, with many praising it as basically the best thing ever. However, the narrative surrounding the ad has quickly taken a turn, as the Seattle poster has suggested it was a joke, and the Internet quickly labeled it a hoax. However, author Jason O. Gilbert has come forward to say that he originally wrote it sincerely, albeit comedically, four years ago in New York.

Regardless of ownership, however, the viral dog-walking ad poses interesting questions about Craigslist, and the Internet at large. How do you know what is fake, and what is real anymore online? Fortunately, when it comes to Craigslist, there are several helpful signs to help you figure it out.

In its recent form, the Craigslist dog-walking ad was lauded for making fun of rich people, student loans, and life after college. However, Gilbert’s version is supposedly more about just being broke and the appeal of laying all your cards out on the table. It’s pretty funny stuff either way, but according to Gilbert, the ad is less satire than it is an attempt to be playful and clever. Nevertheless, it’s worth noting that the overt silliness of the ad should be an indicator that it’s not your average Craigslist posting.

A better example of this may be a supposed American Airlines ad from March of last year, looking for a pilot and crew for some jets coming in from Brazil. Coming out of Dallas, the almost assuredly fake post mentions that the planes “are extremely shiny and they have that new plane smell that pilots love.” It further tells the reader: “Contact me anytime. Seriously. Anytime. I’m desperate here… I may already be screwed. Ugh. Please call. Please? Hello?”

In any case, the fact is that while Craigslist is ridiculous, and people post all manner of crazy yet entirely real stuff on it, most users aren’t going to take the time to craft a long, comedic ad, if they have something legitimate they want to accomplish on the site.

Have you ever noticed how many Craigslist ads actually tend to be very brief? It’s true. For instance, take a look at this one, regarding a human size hamster wheel, or the ad from a dude looking to borrow/rent live ducks. There’s also the ad giving away a “Creepy Eye of Sauron Pillow,” one where someone tries to get rid of a “Giant Self Stirring and Self Heating Cauldron,” and another for black boots and Barbie accessories.

Whether it’s a post from a girl that really loves toast and wants a man to share in that love with her or one from someone who found a weird-smelling cat snake, these posts get to the point. Unlike the dog-walking ad or even the American Airlines one, the amount of detail that is put into these otherwise weird ads is minimal. This is true of all legitimate Craigslist postings, but it’s a safe bet that anytime a post starts to feel overly long, someone has a bigger agenda.

The old adage that “if something is too good to be true, it probably is” holds doubly true for Craigslist. This especially applies to finding the deal that will perfectly suit your needs. That deal probably isn’t out there, and you should always be wary of people willing to cater to exactly what you’re looking for. And if you do find someone on Craigslist who says they can give you what you want, but that person starts telling you about all kinds of strings that are attached, then it’s best to get out right then and there. Because the more compromises you have to make and the more weird stipulations there are, the greater the chance is that the person who you’re talking to never really had what you wanted in the first place.

On the opposite end of that spectrum, if you’re the kind of person whose interests are, shall we say, less conventional, you are also no less likely to get duped. Case in point, a man going by the name of Henry Russell conducted a social experiment two years ago wherein he posted various fake, outlandish Craigslist ads just to see if anyone would respond. Sure enough, everything from being “without a car and dying for some Taco Bell” to posing as a guy willing to trade a night with his wife for tickets to a Lakers game elicited interest.

This also sort of applies to the dog-walking ad. Even if Gilbert did write it hoping to make some real money, the whole thing is too self-aware to be completely sincere.

Even if you do find someone online claiming to sell your personal Holy Grail, as the saying goes: Buyer beware.

4) There are pop culture references

We had a whirlwind romance aboard the largest ship of all time. We fell in love despite the social stratification of the ship and my fiance, Cal. You drew me like one of your french girls. We last saw each other floating on a piece of wood in the middle of the Atlantic Ocean.

PS our stories was also made into one of the most successful movies of all time. Also I’m 121 years old now sooooo…

If you’re unfamiliar with the reference here, chances are you ignore all things pop culture, or you missed the late ’90s entirely. This particular ad was probably strange enough that no one would’ve suspected it to be true to begin with, but it’s a good rule of thumb that if something sounds like it’s from a movie, it probably is.

It might sound pretty simple, but this is a key sign in determining whether a post is real or not. An ad without an image, in which the poster cannot provide a photo verification of what they’re offering, is that much more likely to be fake.

However, even if an image is posted in the ad, you still have to be careful. As the always delightful wikiHow notes,

Scammers will often download pictures from the Internet to use in their ads. You can use images.google.com to search for this. Copy the link to the image in the add (right click). Go to images.google.com and search for that image url. Check which sites are returned and whether the seller took the picture themselves. If the image is original, then it should not appear on any other website, but if you see ads trying to sell the same object in Russia, Nigeria, etc, then the ad is probably fake.

Sounds pretty sketchy, right? However, this kind of activity is all too frequent. Once more, the simplicity in this is absurd, but if you’re looking for a specific item on Craigslist, it’s always better that the seller can provide you with proof it even exists, rather than just a description.

When it comes right down to it, a lot of this stuff is obvious if you just use your intuition—or if your intuition has been sharpened by the Internet, that is. Sites like Craigslist have made honing your B.S. detector an essential task for the modern age. So whether it’s fake dog-walking or references to Titanic, think before you share. Many Craigslist posts are the equivalent of that “Worst Twerk Fail” video, though the posters are not usually as clever as Jimmy Kimmel.