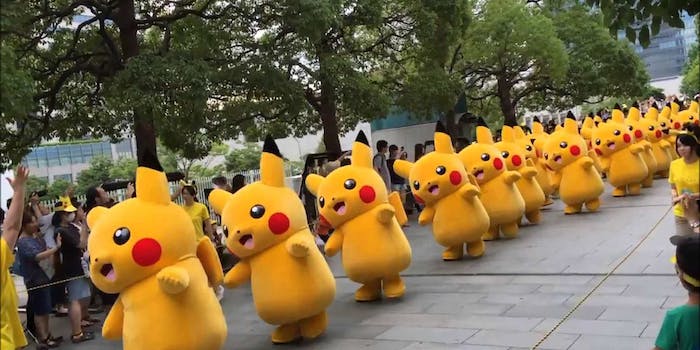 What ‘Pretty Woman’ says about sex, money, and how we view women

Pretty Woman recently celebrated its 25th anniversary, and even two and a half decades later, it’s still considered by many to be one of the most popular and well-loved romantic comedies of all time (it grossed almost half a billion dollars worldwide). After all, it’s the one that launched Julia Roberts’ career into superstardom. But for all its Cinderella escapism and happy endings (pun intended), Pretty Woman is the Fifty Shades of Grey of its generation, reinforcing the dominant narrative around woman as property and sexual object and grossly misrepresenting how sex workers are portrayed. The film might be popular, but it’s also been a lightning rod for criticism on the Internet in sex worker and film critic communities.

Pretty Woman was an awful, awful, awful movie. Seriously a ridiculous, awful mess. It's nothing to be celebrating.

I do not understand the big deal over 'Pretty Woman' turning 25. Everyone knows that movie is awful, yes?

Roberts plays the plucky, vivacious Vivian—the hooker with the heart of gold, as she’s often described—who is saved from her hardscrabble life as a streetwalker by the reticent yet charming corporate raider, Edward (Richard Gere). Edward pays Vivian $3,000 to spend the week with him (the original title of the movie was $3,000). In that week, he wines and dines her, flies her to San Francisco to see an opera (humorously, they see La Traviata, which involves a courtesan who falls in love with an upper-class man, only to die later of consumption), and gives her his credit card so she can go on a shopping spree on Rodeo Drive in Beverly Hills. Wheeee! Sex, shopping, and eating snails. What dreams may come!

Sex, shopping, and eating snails. What dreams may come!

As a testament to the film’s rampant consumerism, the best-known and loved scene is not when Gere falls in love with her and they ride off into the proverbial sunset, but when Vivian gets shopping revenge on the pearl-clutching boutique owners who had previously snubbed her for, well, looking like a hooker. Take that, judgmental shopkeepers, we all cheer. Or as Lisa Kudrow put it in Romy and Michele’s High School Reunion: “I just get really happy when they finally let her shop.”

Even as Romy and Michele mock the film’s absurd premise, the characters still buy into its ideals, watching it over and over again. And, of course, much like Fifty Shades, Pretty Woman is a film that requires a heap of suspended disbelief to be watchable. Aside from its “everything is assuaged by money” message, one of the main criticisms of the film is the ridiculous way it portrays sex work. As Marian Hatcher, a survivor of sex trafficking, wrote in the Huffington Post:

[P]rostitution as portrayed in the film is just about as far as you can get from the truth. Prostitution is ugly. Most of it is sex trafficking. It’s intriguing to read that the movie’s script originally was written as a dark, cautionary tale. That, from my perspective as a survivor, gets at the sad reality.

As screenwriter J.F. Lawton told Vanity Fair recently, his original script was “dark and gritty,” and ended with Vivian on a bus with her friend Kit—not with Edward, but with a final check from him in her hand.

“The Pretty Woman narrative is incredibly misrepresentative in regards to sex work,” said Betty Devoe, the co-founder of the Sex Workers Outreach Project-Chicago, in an email. “It contributes to the dangerous sexist illusion that all sex workers are cisgender white women waiting to be rescued by rich patriarchal white cis-men.”

Vivian only works as a romantic lead because she is the “right” kind of sex worker. She’s Hollywood beautiful and coquettish and, most importantly for Edward, drug-free. (As an aside, Edward’s morality is really bizarre. He’s a raider who destroys businesses, and also a teetotaler who hates drugs, but has no problem buying a woman for a week and making her attend polo matches.) Vivian is no Aileen Wuornos, in other words. Vivian deserves the fairy tale ending, it’s implied, unlike her friend and fellow streetwalker Kit, a ne’er do well who blows her rent money on drugs. Kit is the stereotype; whereas Vivian is painted as a good girl who lost her way. She is, in short, “wife-material.”

“In reality, sex workers come from a diverse range of experiences, backgrounds, genders, races, and classes,” Devoe notes. “Choice and consent in sex work range, some workers love their profession, some are forced into it. Many others lay in a gray area between the two, as sex work can be a very lucrative and accessible profession. Society needs to start looking at the realities of sex work, in order to truly help those in need and empower those who provide a honest and necessary professional service. Sex work is work and should always be treated as such.”

Women are bought and sold every day; Pretty Woman simply made it more overt.

In the end, the film is less about relationships, or even about sex, than it is about money. Women are bought and sold every day; Pretty Woman simply made it more overt. Our modern conception of monogamy, after all, is basically a thinly veiled form of prostitution. The short version of that story goes like this: Woman agrees to sexual fidelity and offspring in exchange for man’s protection and resources. As Christopher Ryan put it in Sex at Dawn, “The genius of Pretty Woman lies in making explicit what’s been implicit in hundreds of films and books. According to this theory, women have evolved to unthinkingly and unashamedly exchange erotic pleasure for access to a man’s wealth, protection, status, and other treasures likely to benefit her and her children.”

From almost the very first scene (of Roberts in bed, camera zoomed in on her crotch), the film teaches us that to be a girl is to be sexually objectified or consumed. A romp on a grand piano gets Vivian a credit card. It is money that makes one cultured and intelligent and know which fork to use. Prince Charming will save you, but only if you’re white and pretty and don’t smoke pot. Vivian’s whole function in the movie is to be arm candy, basically. She’s a prop. Unlike Pygmalion (on which Pretty Woman is based), Vivian doesn’t free herself from her rich benefactor. She remains his property, even though she claims she’s “saving him right back.” Right. But who needs autonomy, the film implies, when you can buy happiness in the form of a pretty dress? A message that, incidentally, has been endlessly repeated from Sex and the City to Maid in Manhattan and basically every season of The Bachelor.

The dominant script on femininity has sadly not much changed in 25 years. In today’s Fifty Shades, for instance, we have basically the same story, minus the sex work: A naive virgin must be taught, disciplined, and saved by a handsome millionaire. (It’s also funny that Gere’s name is Edward, and so is the Twilight vampire on which Christian Grey’s character was based). Anastasia becomes subsumed by Christian in the same way that Vivian’s identity is subsumed by Edward’s—only this time, the “shock” element is not prostitution, but not-exactly-agreed-upon spanking. How far we’ve come! Times may have changed, but the story has not.