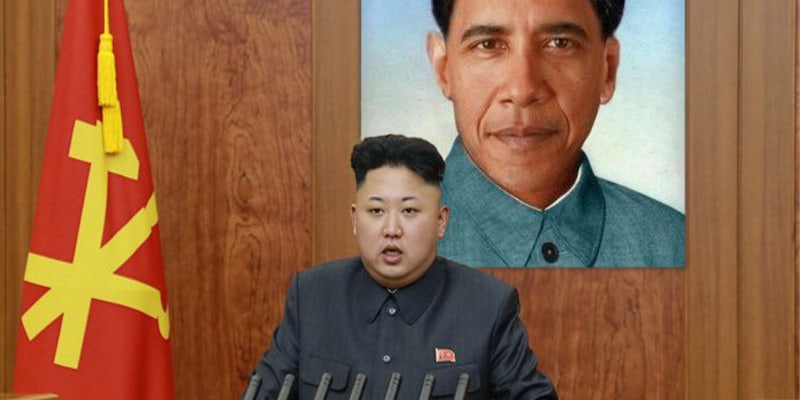 How everyone missed the point of ‘The Interview’

All the controversy over The Interview obscured something very important: The point of the movie.

The Interview has been getting a lot of sympathy but, from a critical standpoint, not a great deal of respect. After seeing the film twice, I find this attitude a tad dismaying.

For those who haven’t seen the movie and wish to watch it with a fresh set of eyes, there are two things you should know:

1) At its core, The Interview has a remarkably insightful thesis about human nature and politics—namely, that people respond more to theatricality, sensationalism, and emotional appeals than they do to facts and reason. While it’s certainly not the first satire to offer this observation, it is surprisingly effective at making its point, which is why it deserves more respect than it’s getting—and, even if they weren’t directly responsible for the Sony hacks, it almost certainly explains the North Korean regime’s efforts to denounce and suppress the film.

2) The Interview is also a lowbrow comedy chock full of toilet humor, dick jokes, sexual innuendos (to say nothing of explicit descriptions of sex acts), and the other staples of vulgarity one expects in a R-rated American yukfest. If these types of jokes aren’t your cup of tea, the chances are you won’t enjoy 45-55 percent of the humor in this movie. Personally, I laughed just shy of a dozen times, which is an above-average ratio for a 107-minute motion picture. Make of that what you will.

The Interview sets out making its argument right in the beginning, when it juxtaposes a montage of scenes establishing North Korea’s anti-American propaganda and Kim Jong-un’s potential to be “the next Hitler” with a clip from Skylark Tonight, a fictitious tabloid news show hosted by Dave Skylark (James Franco) and produced by his best friend Aaron Rapaport (Seth Rogen). While Rapaport has his reservations about his role in dumbing down American journalism with cheap celebrity gossip—Eminem coming out of the closet, Rob Lowe being secretly bald, that sort of thing—Skylark openly relishes being able to “give the people what they want,” which he erroneously considers “the first rule of journalism.”

Skylark may be wrong about journalistic ethics, but he is absolutely right about the importance of theatricality and mass appeal in the realm of politics—a point The Interview clearly understands and emphasizes. After Skylark and Rapaport are recruited by the CIA to assassinate Kim Jong-un after scoring their big interview, Skylark insists that America showcase its role in deposing the leader in a dramatic, action-packed fashion. Naturally his ideas are met with derision, and just as inevitably (from a storytelling perspective anyway), the climax winds up unfolding almost exactly as Skylark predicted/hoped they would.

What directors Evan Goldberg and Seth Rogen and writer Dan Sterling intuit, however, is that while violence and explosions win battles, it is lowest common denominator image-making—the type of journalism in which Dave Skylark specializes—that wins wars. Hence the heart of the story, the movie’s depiction of Kim Jong-un himself (brilliantly performed by Randall Park), which is not only humanizing but oddly sympathetic. When first introduced to the audience, Kim Jong-un is presented as nothing more than a shy fanboy, as awe-struck and intimidated at meeting Skylark as vice versa. As Skylark and Kim Jong-un get to know each other, a seemingly genuine friendship seems to form, with each one revealing deep insecurities over their failed attempts to win their fathers’ approval and what they believe to be the unfair ways they’re perceived by the public. The two men form a bond over their shared emotional immaturity and craving for respect, perhaps best captured by Kim Jong-un’s concession to Skylark that he is indeed “batshit crazy”:

While The Interview understands the human frailty of its real-world subject, however, it never excuses it. In fact, its ultimate position is that Kim Jong-un’s man-child psychology—the same psychology satirists have skewered in dictators since the days of Charlie Chaplin’s The Great Dictator—is precisely what makes him so dangerous. This is most ominously exposed during a dinner party outburst in which the despot unleashes an outburst that could just as easily have come from the mouth of Adolf Hitler or Joseph Stalin as the fictionalized (or real) Kim Jong-un:

To those who seek to undermine me at home and abroad, I cannot respond with anything less than the totality of my strength! If a billion people across the earth and in my own country must be burned to prove it, then my worthiness as a king will be demonstrated!

It’s easy to forget, amidst the hype, that this entire movie is meant to culminate in an internationally-televised interview between Skylark and Kim Jong-un, but it is that titular interview which finally and powerfully deflates the North Korean tyrant. First, it builds a considerable amount of tension over whether Kim Jong-un’s snow job has worked on Skylark or whether the schlocky journalist will have the chops to expose the Supreme Leader to his people—one that pays off in a particularly satisfying manner when Skylark, after unctuously sticking to his script, poses a devastatingly simple question.

From there, the interview evolves into an exchange of facts: Skylark mentions that 200,000 North Koreans are imprisoned in concentration camps, that 16,000,000 are starving, that the country spends $800 million on nuclear weapons, while Randall Park’s Kim Jong-un rebuts—not inaccurately—that America has imposed crippling economic sanctions on his country and has more incarcerated people per capita. For a moment it looks as if Skylark is going to “lose” to Kim Jong-un, until he shifts gears from well-researched debater to his forte as a premiere sensationalist, using the same skills of psychological manipulation displayed earlier in the film to reduce the strongman and would-be living god to a pathetic, blubbering wreck.

The scene works well not only as comedy but as a sharp critique on the politics that allow dictators like Kim Jong-un to acquire and maintain power. Insofar as its observations that are specific to Kim Jong-un himself are concerned, they work because The Interview effectively fleshes out his vulnerabilities from the moment he’s introduced, adding plausibility to the notion that this is a man who could be tricked into shitting himself (metaphorically and literally) in front of the whole world.

More importantly, however, the film understands that the masses empathize with their political leaders in the same way that they do with celebrities. Facts and figures, though intellectually persuasive, are sterile players in the theater of international politics. It is personal image-making that, for better or worse, creates and destroys aspiring statesmen. Machiavelli may have been right when he wrote that it is better to be feared than loved, but The Interview follows in the tradition of The Great Dictator in demonstrating the Achilles’ heel of that approach: When a leader who depends on being feared is made to look ridiculous, his legitimacy is demolished.

Make no mistake about it, this is why Kim Jong-un is afraid of The Interview, and with good reason: It’s working. Not only has the movie already developed a cult following in America, but it has even become something of a sensation in China, North Korea’s only ally.

What’s more, if the movie is pirated into North Korea, it could have a devastating effect on the Supreme Leader’s image there. As Bruce Bennett of the RAND Corporation explained in an email to Sony CEO Michael Lynton, “a story that talks about the removal of the Kim family regime and the creation of a new government by the North Korean people (well, at least the elites) will start some real thinking in South Korea and, I believe, in the North once the DVD leaks into the North (which it almost certainly will).” Amy Nicholson of LA Weekly more succinctly explained in her article “Why Is Kim Jong-un So Afraid of Seth Rogen?”, that there is a reason why the North Korean government didn’t protest last year’s thriller Olympus Has Fallen—a thriller starring Jamie Foxx and Channing Tatum in which generic North Korean baddies blow up the White House—but is genuinely shaken by The Interview.

This brings us back to the critical reaction. Considering the overwhelming praise lavished on the 2006 satire Borat, it stands to reason that this film’s vulgarity was not the source of its critical lambasting. Another common theme seems to emerge. You can spot it in A. O. Scott of The New York Times’ smug seconding of a colleague’s observation that “the only real mystery is how something this ordinary could have caused so much agitation” and Joe Morgenstern of The Wall Street Journal sniping that “never has less of a film had more of an impact on the studio—and the nation—that produced it,” from Christy Lemire of her self-named website complaining “This is what all the fuss was about?” to Scott Foundas of Variety writing that “For all its pre-release hullabaloo…this half-baked burlesque about a couple of cable-news bottom-feeders…should feel like a kind of terror attack to any audience with a limited tolerance for anal penetration jokes.”

In short, if there is one thing on which critics have no choice but to agree, it’s that The Interview has made cinematic history. For better or worse, this is a movie that is destined to be remembered decades from now, if for no other reason than it may have been the catalyst behind one of the most financially destructive acts of corporate hacking ever up to that point, provoked an international incident, and was nearly outright suppressed by Sony in an act of cowardice. While it would be unfair to claim that every critic who has panned the movie has done so out of envy, the constant referencing to its virtually guaranteed place in history does bring to mind one of the film’s most memorable lines: They hate us ‘cause they ain’t us.

What a shame. The Interview is certainly not a perfect movie, but even if it hadn’t become a symbol for free speech and opposition to authoritarianism, it deserves to be seen.