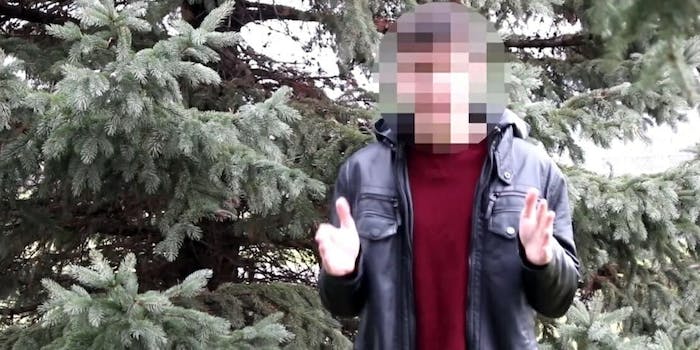 Get ready for human brain chips.

Time traveler Noah, the most popular recurring character on the ApexTV YouTube channel, is back to tell us his version of the future. And it involves some major developments in Asia.

Recently on YouTube, Noah described what the future of India looks like. Now, the supposed time traveler is here to talk about the Philippines. It’s almost surely a gag, but the channel has racked up millions of views because of the speculation and debate it triggers.

Though he said he’s never been to the Philippines in the future, he’s visited the country in the past and talked to people who apparently know about what the future holds. His biggest news is that the Philippines will merge with other Southeast Asian nations, including Brunei, Indonesia, Laos, Cambodia, Malaysia, Myanmar, Singapore, Thailand, and Vietnam.

Although Noah said he can’t reveal the name of the mega-country, he said the new nation will be “very very powerful.”

With the Philippines making this move, Noah said, all of the country’s corruption and crime will disappear, and it will become a “giant utopia.” The country did that, in part, by implementing an artificial intelligence police task force, according to Noah’s prognostications.

Noah has said he’s from the year 2030 and that he’s been alive for 50 years (though he says, thanks to a combination of secret drugs, he’s actually 25). He’s the one time traveler that keeps returning to ApexTV to share his predictions and to talk about what life is like in the next decade. Previously, Noah has appeared on the channel to show supposed video of the future, participate in Q&A sessions, and take a lie-detector test.

“He kept coming back for more interviews,” the anonymous man behind ApexTV told the Daily Dot last month. “He kept telling us he couldn’t do anymore. Then, we’d get another email, and he’d want to reveal more about the future, or so he claims. He became a character in a way.”

Perhaps the most disturbing idea brought up by Noah in the most recent video was that, by 2030, the Philippines have begun to implant brain chips into as many people as possible. “It’s helped so much,” Noah said. “It’s saved so many lives—in the millions.”

It sounds like living in a future utopia will come with some sacrifices.