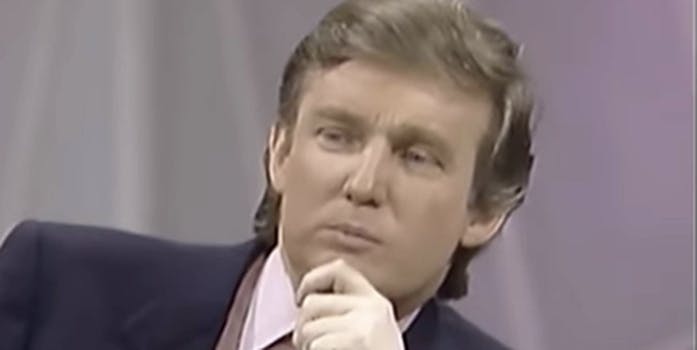 According to knowyourmeme, the originating movement is called fashwave. It takes elements of glitchy, internet-spawned electronic music—vaporwave and synthwave, mostly—and adds references to Trump via ’80s yuppy-inspired artwork.

…the intuitive musical expression of that movement’s less self-serious, more sardonic tone, and has roots in the online imageboards, video games, and sci-fi propagated among young, white racists on the outer perimeters of the internet.

“The forms of music associated with previous White Nationalist movements, various forms of rock music, are pretty dated,” explains Anglin. “In the end, the solution to this problem had been staring me in the face all along. The Whitest music ever: Synthwave.”

It’s become a serious issue among vaporwave artists, to the point that an emergency summit was called last year to mitigate the scene’s “creeping fascism.”

The banality of the comments in these videos alone is mortifying. But luckily the music sucks.