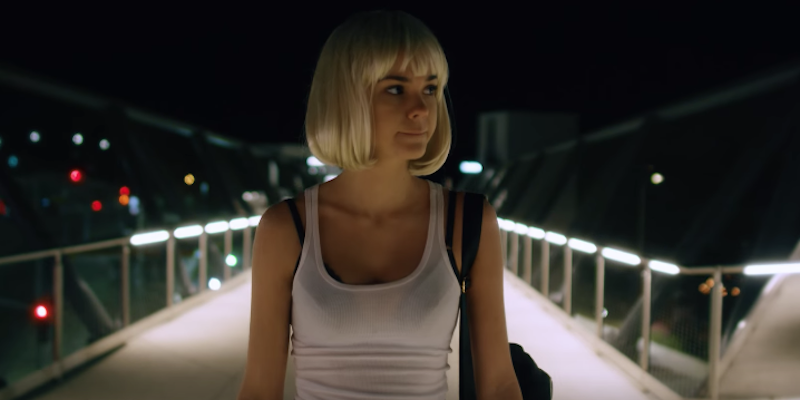 Plagiarism or sanctioned cover? It's complicated.

YouTuber Rudy Mancuso and Vine star Maia Mitchell are in the hot seat after being accused of cribbing the lyrics and music to another band’s song and selling it as their own work.

The song in question, “Sirens,” was uploaded to YouTube Monday and was available for purchase on Apple Music. The problem? It’s clearly a cover of a 2011 song called “Ambulance” released by the Texas family rock band Eisley.

While a member of Eisley tried to downplay the incident on social media, management tells the Daily Dot that the band and label are not otherwise commenting on the situation.

But on Wednesday evening, the music video was deleted from YouTube. The song likewise left Apple Music, though it remains on Spotify.

The story gained traction after drummer Darren King, who is married to Eisley’s Stacy DuPree, posted a video to his Instagram playing the songs side-by-side.

“It’s not a sample. Rudy, Maia, you just straight lifted it,” King says in the video.

On Genius the song originally credited Mancuso as the writer. In the video’s description, Mancuso later added the note “Original Song by: Eisley – Ambulance.”

@maiamitchell and @rudymancuso stole my wife's song and are selling it. Rudy and Maia, you should have at least changed the lyrics to "I need a lawyer" #sirens #ambulance #eisley @sucremusic @eisley

Not only do the pair stand to profit off of any streams and downloads their version of the song may garner, they’re making ad revenue from YouTube views of the music video too. Mancuso has over 3.5 million subscribers, and the video raked in over 1.5 million views in the two days it was up.

“Rudy and Maia, you should have at least changed the lyrics to ‘I need a lawyer,'” King wrote.

Eisley fans were quick to rush to the band’s defense and cite copyright infringement. YouTuber Throw Away ironically uploaded a copy of King’s Instagram to make it “more shareable,” which earned the story a lot of attention on Reddit—but there’s a plot twist.

Another Eisley member, Sherri DuPree, says that Mancuso and Mitchell were given permission to cover the song by the band, and her brother-in-law is just out of the loop. Tuesday, in a reply to a comment on a random Instagram photo of her daughter, DuPree wrote: “We gave them the ok. There’s been misinformation. We’re trying to clear it up now.”

Neither Mancuso or Mitchell have weighed in on the issue, but something tells us a lot of lawyers have had to make a lot of phone calls this week.