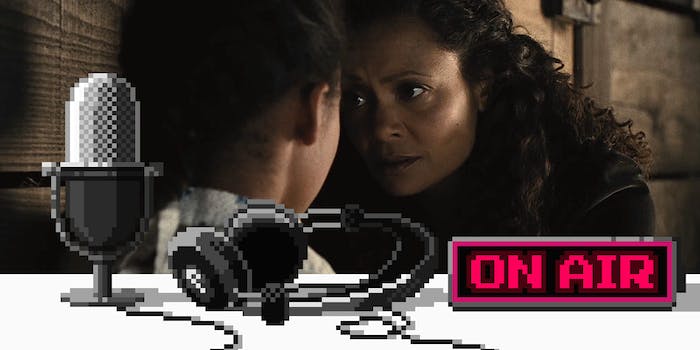 Upstream podcast: Who’s got the data in ‘Westworld’ episode 7?

Death and rebirth are at odds in season 2.

In Westworld episode 7, “Les Écorchés,” a few storylines finally come together and the season moves forward a bit. But you must endure Robert Ford quoting William Blake.

We learn more about the nature of Westworld, and who it’s actually experimenting on. As Bernard says in the episode: “The guests are the variables. And the hosts are the controls. The guests come to the park, they don’t know they’re being watched. We get to see their true selves. Their every choice reveals another part of their cognition, their drives.”

And that’s only part of the data being collected; Dolores also has her hands on the massive file that corrupted her father’s mind. What will she do with it? Will Maeve survive? How many Bernards are there in that closet? And how is the hell Man in Black still alive after multiple gunshot wounds?