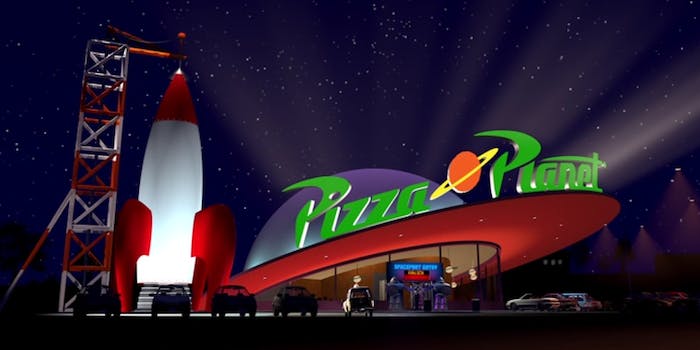 Meet Pizza Planet, the punk band that only writes songs about ‘Toy Story’

The Texas rockers hope to one day hear from Disney's legal team.

Josh Willis (drums) and Nic Shields (guitar, vocals) comprise College Station, Texas, band Pizza Planet. That’s Pizza Planet, as in the place where Sid gets his grubby hands on Buzz Lightyear and Woody in Toy Story. Inspired by the Pixar classic, Willis and Shields are a two-piece “pizzacore” punk outfit with lofty aspirations—and an approach to their craft that would make Sid proud.

“We want to, like, do something that was at its core pretty stupid but still be kind of rad,” Willis tells the Daily Dot.

“One thing that we’ve always said is that it would be a dream to get a cease-and-desist order from Disney,” Willis says. “So if we can get to that point, we’ll consider the band a success.”

Adds Shields, without skipping a beat: “The continuation of that joke is if, if, we ever get a cease-and-desist letter, we’re going to make shirts with the letter on it.”

Don’t let that laissez-faire attitude dupe you—Pizza Planet isn’t here to do a goofy cover of “You’ve Got a Friend in Me” and call it a day. Building off the movie’s themes, the songs can’t help but have an existential bent that elevates them above pure novelty. It’s a similar feeling you get when you watch Toy Story and consider multiple layers to the narrative, and that’s reflected in the songwriting.

“I wanted it to be really aggressive and loud and almost violent and take this wonderful children’s story and turn it into something extremely kind of dark, but something fun,” Willis says. 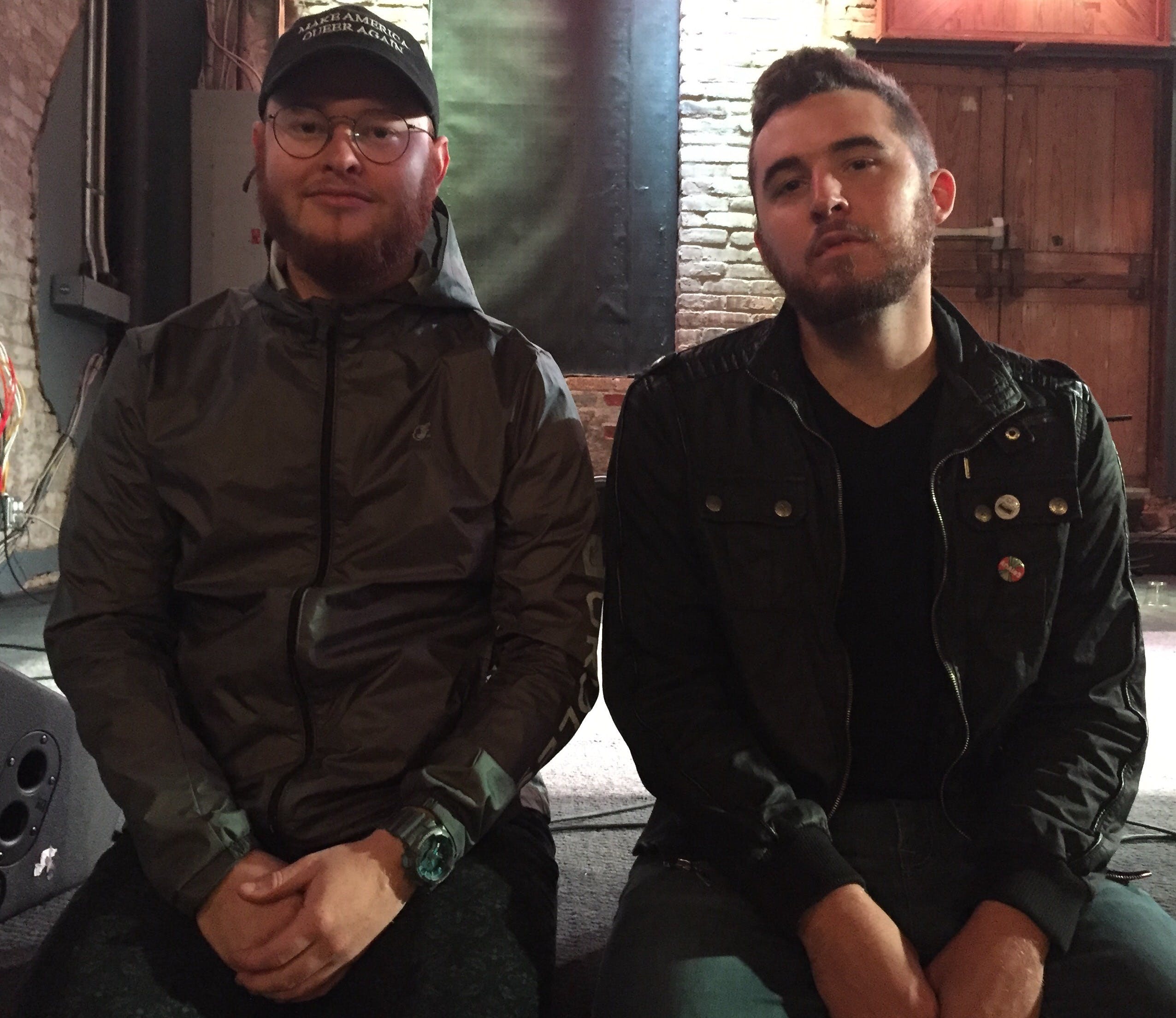 The first song on their Bandcamp EP, Escape From Pizza Planet, is “Snake in My Boots.” It kicks off with a familiar punk riff, then the vocals crash in like Rex through a Lincoln Log house: “What are you? A hockey puck! We’re both just toys!” Shields bellows.

At first pass the juxtaposition is hilarious, but once you settle into the groove, it strikes a chord. As you work your way from the songs, it’s easy to spot the darkness Willis points to, and easier still to create a more haunting narrative for yourself. Just going off the song titles alone, you can see the arc of someone being hurt and dying (“Snake in My Boot,” “Double Bypass Brain Surgery”), leaving them stuck in purgatory waiting for their fate to be decided (“The Claw”) before achieving some level of clarity (“To Infinity,” “And Beyond”).

It’s a lot to consider for a band that goes to great lengths to let me know how little effort has gone into what is supposed to be a fun side project. At various points in our conversation, Shields says that “the only thing we’re serious about is not being serious,” which sounds like a cliché, but is driven home later as Willis explains how much time goes into Pizza Planet: “If we play a show, most of the time we won’t practice before, unless we haven’t played in a while, and we’re like ‘Maybe we should run the set and write a song,’ but I would say maybe an hour every month.”

For a band in its infancy, Pizza Planet has plenty of room to grow—and two more movies’ worth of thematic material to cover. While Escape From Pizza Planet runs a potent 10 minutes, the band does have more songs. (Whenever they get around to recording, that is.) For now anyone wanting to hear those unrecorded gems will have to catch them at a local show in College Station, or make it to one of the stops on their tour up the I-35 corridor in Texas, which starts this week.

Catch Pizza Planet before their dreams of a cease-and-desist letter come true, and remember to bring a pizza because, as Willis says, “We’ll be really happy. We’re always down for pizza, any type of pizza.”