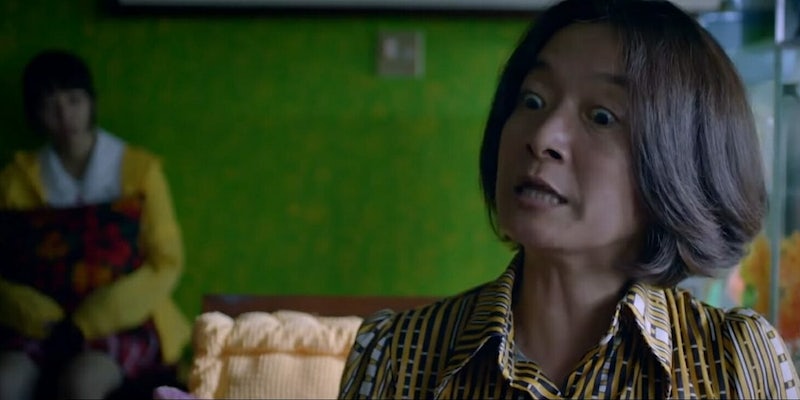 Netflix’s latest anthology show is the uneven ‘On Children’

This series tweaks reality enough to play as satire.

It’s hard to watch Netflix’s Taiwanese show On Children and not think about Black Mirror. On Children is an anthology show, consisting of five individual stories. The episodes all riff on familial themes. There are kids rebelling against their parents, parents controlling their kids, peer pressure, first loves, broken marriages, and more. Like Black Mirror, these stories tweak reality enough to play as satire.

For On Children, the horrors and joys of family life play better when the show plays things straight. As with any anthology show, from The Twilight Zone through Tales From the Crypt to Black Mirror, On Children is a hit or miss gambit. For this review, I watched two episodes and, predictably, one was good and the other one missed the mark completely.

The better episode, ”Mother’s Remote” works as a darker, more sincere version of the Adam Sandler film Click. Shu-Li (played by Su-Yun Ko) is a mother who just wants the best for her son. Pei-Wei Ji (Tzu-Chuan Ling) just wants to go on his middle school class’s graduation trip. Pei-Wei doctors his final report card but doesn’t fool mom. Chen, via a magical remote control, plays the day over again, but her son still chooses to lie.

Things quickly spiral into a cat-and-mouse game. But it’s a game Pei-Wei can never win. But Chen’s “mother knows best” philosophy only serves to inflict irreparable damage on their relationship. No amount of do-overs can fix things for them. ”Mother’s Remote” is at its best when functioning as a cautionary tale against overbearing parenting. Its main conflict is rooted in the most universal of struggles, so even when the plot goes to some dark places, the underlying emotions are spot on.

“Child of the Cat” is a wobbly episode that goes off the rails early and never recovers. Kuo-Yen (Hsiu-Fu Liu) is a mediocre student, and the anxiety created from his parent’s rocky relationship makes home life a challenge. After finding a cat, he ends up accessing a parallel world, which offers an escape and a new set of challenges.

“Child of the Cat” is all over the place. The dark scenes of domestic trouble don’t jell with the fantastical swings that dominate the parallel universe. It’s easy to see what the story is aiming for, but it just doesn’t click into place like it should. Frankly, it’s a tough sit.

By the halfway point of ”Child of the Cat,” I was ready to bail on On Children. The highs aren’t strong enough to trudge through the lows. Director Wei-ling Chen, working with a slew of writers, helms all five episodes of the show, and he shows versatility with his visual approach. But that only goes so far. Each story aired abroad as two episodes, but for U.S. audiences, Netflix is combining them into one. That means each episode has a feature-length runtime between 90-100 minutes, and that’s just too long.

On Children becomes an endurance test and the rewards aren’t quite worth the investment.