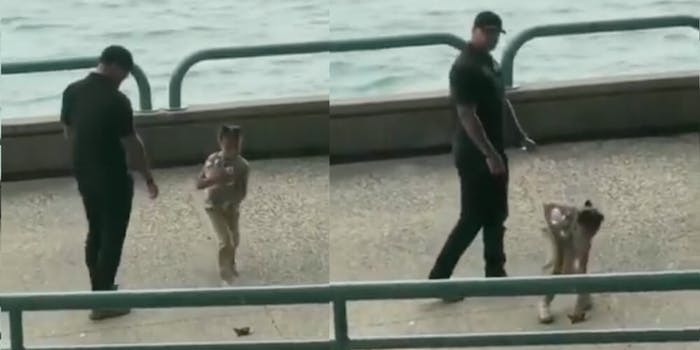 West was spotted picking up trash with her bodyguard by her side.

When North West isn’t singing her heart out at dad Kanye’s “Sunday Service” or living her best, most glamorous life (with the Instagram pics to prove it), she is apparently very concerned about the environment.

Mom Kim Kardashian West recently commented on a video posted to social media, showing West busy at work by picking up trash near a marina in an undisclosed location.

“She loves the planet so much and everywhere she goes she picks up trash,” Kardashian West tweeted on Saturday.

She loves the planet so much and everywhere she goes she picks up trash ♻️ https://t.co/6Ty1OZtY5y

In the video, the 6-year-old can be seen picking up trash with her bodyguard by her side, as her brother Saint runs around carefree.

“Not only was she picking up trash but she was handing it to security to throw it away,” Twitter user @brookemanosky wrote. “We love an environmentalist Queen.”

Can she pick me up and take me to Sunday Service?

Thank you North West for doing more to combat climate change than most of our politicians.