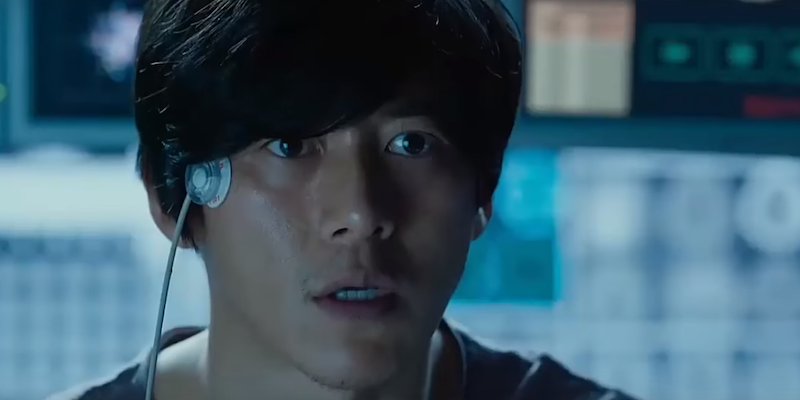 Netflix's Nolan-inspired South Korean film is thrilling, moving, and so much fun.

The genre is so steeped in doom and gloom that it’s a nice change of pace—recent South Korean standout films likewise have a knack for taking the familiar and making something unique, after all. Film’s like Thirst, I Saw the Devil, and The Chaser are choice examples of conventional setups told with a completely different lens.

Lucid Dream follows an investigative journalist whose son is kidnapped during a heretofore peaceful day at an amusement park. Three years have passed with little movement in the case, and the boy’s father is beyond desperate. Dae-ho (White Knight‘s Go Soo), at the end of his wits, finds an experimental method that may be his last best chance: lucid dreaming. Soon Dae-ho is transported back to his last happy day, this time looking for any clues about his son’s abductor. The movie’s explanation makes sense, or rather it makes enough sense to not lose the audience. The rules mutate as the movie goes, but a repeat watch might help shore up some leaps in logic. Regardless, it only takes one viewing to know Lucid Dream is great.

The movie shifts between its sci-fi, dream-hopping mode and a more straightforward detective story. Schematically speaking, it will surely remind viewers of Inception. Similar to Christopher Nolan’s film, the dream scenes here are equal parts thrilling and fun (there’s that word again). More importantly, both films pack a hefty emotional punch. The film’s writer-director Kim Joon-sung has cited Nolan’s film as a direct influence. Dae-ho’s search for his son is potent both for its doggedness and its earnestness. Kid-in-peril dramas are often maudlin, and Lucid Dream deftly avoids that misstep. You get the feeling that Dae-ho’s son, Min-woo, will be found but that doesn’t make the journey any less harrowing.

The action within the dreams, combined with the somnambulant sleuthing, keep the movie from ever becoming too somber. The clues gleaned from the dreams and rules of the dream world make the film more engaging. Be warned: If you’re not paying attention the movie will become nonsense by the time the action-heavy third act hits.

Aiding Dae-ho in his search is a parade of familiar archetypes, from the weathered detective on the case, to the mousy scientist behind the dreaming technology, to the eccentric nerd who is obsessed with the dream world. Even though they’re a who’s who of stock characters, they never feel like clichés in the hands of a game cast. So much of the film is focused on Dae-ho’s emotions that when other character motivations are revealed it elevates the material beyond stylistic genre fare.

Writer-director Kim Joon-sung makes a strong impression with his first film. Lucid Dream is high-end entertainment. It’s propulsive and serious without being laborious. It’s amusing without compromising the seriousness of its initial premise. In a sea of Netflix original films, Lucid Dream is one of the standouts.