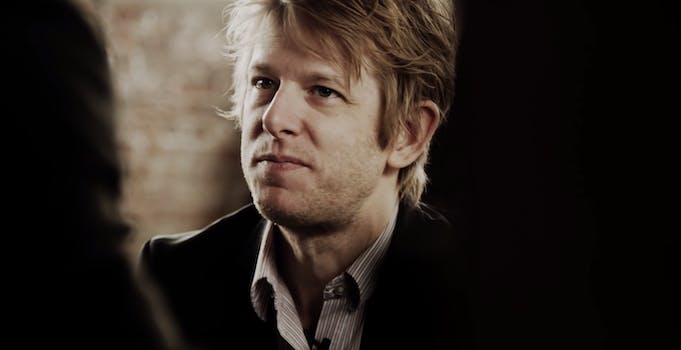 Exploring the magic of La Blogothèque’s Take Away shows

Derrick Belcham is a filmmaker and video producer who has been making soft, gorgeous, single-take music videos in collaboration with La Blogothèque for the past five years. His 75th video for the collective premiered today, featuring Spoon performing at the Knockdown Center.

This is the latest in a series called the “Take Away shows,” which take their name from the fact that each performance is uncut and unedited, often filmed one-on-one with a single director, everywhere from Times Square to Maspeth, Versailles to Lake Ontario.

Blogothèque founder Christophe Abric, known as Chryde, told me in an email that he’s excited for the future of the form. “I think that 2015 might be an exciting time for music video, as many artists begin to understand that a beautiful live video can have as much impact as a traditional music video, be a better way to show their art, and be as inventive and crazy.”

Since he began the Take Away shows nearly 10 years ago, technology has changed as much as the place of music videos in popular culture. “Music videos were poor creatively,” he said, “they had no relation to the music, no artistic vision, and I wanted to make videos that were showing the music again, that were true and spontaneous. I wanted to create a sort of small bubble, a special moment with the artist, break everyone’s routine, and have the most sincere video about it.”

Sincerity bleeds from these videos, even embedded as they are in the ironic tundra of the Internet, and this has as much to do with the truth of the artists’ work as it does with the ethos of their videographers. I sat down with Belcham to talk about about music, filmmaking, and the “perfect angel whales” that inspire him.

How did you get into making music videos?

I worked in a corporation in my early 20s, in their video department, and then left when I was 25 and moved to Montreal—I’m Canadian.

You don’t have to come out to me.

[Laughs] I was a musician before I got into any corporate stuff, so I moved to Montreal and just spent a year working with artists there. My friend Ruby was in a band called Yamantaka // Sonic Titan … I started to make videos there, and I made a series called Four in the Wild. For Ruby’s we recorded a piano first in an apartment, then we took that bedrock on an iPod and went to the stairway of this huge building and recorded the vocals there and then bounced that track down and went elsewhere. It was like -32 degrees Celsius, and we did a synth track in this really beautiful courtyard … It was kind of this roving session video, everywhere.

The first Blogothèque video I saw was Vincent Moon’s at Music Now. The video starts in the basement and then travels the building—Sufjan Stevens was on the roof, eventually, and Clogs was there, and this one guy was just playing the bathroom. … And I had had this idea before about making a record like that, where all the transitions between tracks were just the microphones moving rooms, and to see it like that was like, “Oh my god, this is a better idea.”

Vimeo picked one of my videos as a staff pick, a video of this woman … in a graveyard playing an autoharp, so there was mutual admiration. A Blogothèque producer named Nora had just moved to Montreal, and we’d been talking online and we met at a party, sort of randomly, and then I guess that was the beginning. …

That’s always been interesting to me, meeting someone midstream and seeing what floats around them. Each artist is so completely different. The most refreshing ones are the ones that have this kind of ramshackle society around them, [rather than] the ones with a glistening barricade…

It must be more fun to be with those kind of ramshackle people, or people who are just starting out and don’t have a lot of ego about it.

It’s so surprising and refreshing when you think people will be like that and they aren’t. Especially ones with such legitimate art.

So did Spoon have a glistening barricade?

No, that was weird actually. They were in the middle of this media tour, so the phone calls that would come in were, like, deciding which late night show to go on. That video was one of the ones where I knew it would be nice, but there would be concessions. I don’t really think of aspects of artifice on their end, a lot of the time; I just get to a point where I think it’s beautiful and pass it on. A lot of time I leave in all these little remarks people make, and Britt wrote back and was like, “Cut, cut, cut.”

The whole thing is just handshakes; nobody signs anything. That’s why I’m able to do so much because we just say, “Do you want to go do this? Now?” We keep the immediacy, and then deal with what happens later. …

I like the idea that you can take a band out into the world and record discrete tracks of each instrument, so the mix becomes something totally hyperreal; it’s not something you can experience in the world. It’s a bit of a weird experience to watch one of the ones that’s out in public, where the sound sounds like it’s in a vacuum, but there’s this din of city around and there’s no trace of it. The Paris team loves the sound of everything around.

One of the videos I really liked was the one you did with Basia Bulat, like, by the water.

Her voice is so powerful. And she’s kind of a favorite of musicians in Canada, she’s sung with Leonard Cohen, and Rufus Wainwright, and Daniel Lanois—he’s like a Canadian megaproducer.

There’s so much happening up there. [laughs]

Some of these things are like, half an hour. Basia and I spent 16 hours together that day. We just kind of fell in love. I always write something to go with each video, and with Basia the whole thing amounted to “I’m in love.” [laughs] …

Julianna Barwick is pretty much my ideal artist. We spent like a month and a half in Iceland together. We’d met in Toronto when she was there for North by Northeast, and I just introduced myself afterward, and we hung out at all night and just on such a nice note. I saw her at the Music Hall of Williamsburg, and the plans were all made for her to go to Iceland, and I was just like, “I’m coming with you. I have to be there for part of this.” So we just made it happen. I went with her and just rolled around. She had to go home in the middle of it, and I just stayed and roamed, and all that footage became a film that she played in the background of her set when she was on tour with Sigur Rós.

Julianna and I’s relationship has been such an incredible thing. She has the ideal music to put to visuals; it’s just, like, perfect angel whales singing in heaven [laughs].

One of the biggest differences between your music videos and more traditional, commercial videos is the way those function as a vehicle for the song, whereas I think the Take Away shows add a new layer, and that makes it an entirely other artistic thing.

There’s a weird little line now, when people call them “session films.” At their worst, when it goes horribly, they’re session films. Just people sitting in a room, nothing happened before, nothing happened after, and you just have them for a minute. It’s really depressing to walk away from one of those, even though the video itself can be… I wouldn’t say “compelling,” but “pretty”? That has a place, and they’re nice, but the Take Away shows are more a documentary of something—a touched documentary, but they inform ideas that I pull into other stuff.

The first video I did with Emily [Terndrup] was a video for Marissa Nadler of her song “Wedding.” It just involved, in dance, what you would do with a Take Away show. I did long takes with Emily, Marissa was in the room and Emily was improvising on the song, and what changes is that the camera is in a different position in each take, and you can make choices afterward. It’s a very simple idea, but it developed immediately from everything I learned in Take Away show–land. That opened up doors to making these what I call “narrative music videos,” but they’re not narrating anything. They’re improvs. There’s all of this experimentation, and it just kind of happens.

Which is why they feel so much more alive than a little session in a recording studio.

Some people don’t get it walking in to those that you get one chance, it’s not gonna stop, you can’t cut anything. Some people know, and they’re jazzed, and some people are like ‘Oh, it’s just a session, right?’ Some people are so sad when they see the end result, and I’m like, “This is gorgeous.” You learn so much about how people see themselves. And the language that goes back and forth sometimes—what you’re saying is that it looks like you have a lot of pimples, but what you’re saying is “I just don’t like the feel, is there another take?” Like, one where you wore makeup? No! [laughs]

That must be freeing—maybe not to the artists, but maybe to you—to say, we’re here doing this, and this is what it looks like.

The thing that makes the good ones good is the day. If we can get along, and we can get to a place of trust, it doesn’t become a concert for them; they’re just alone. Because I disappear—to a point. When they go into their own zone, it’s perfect.