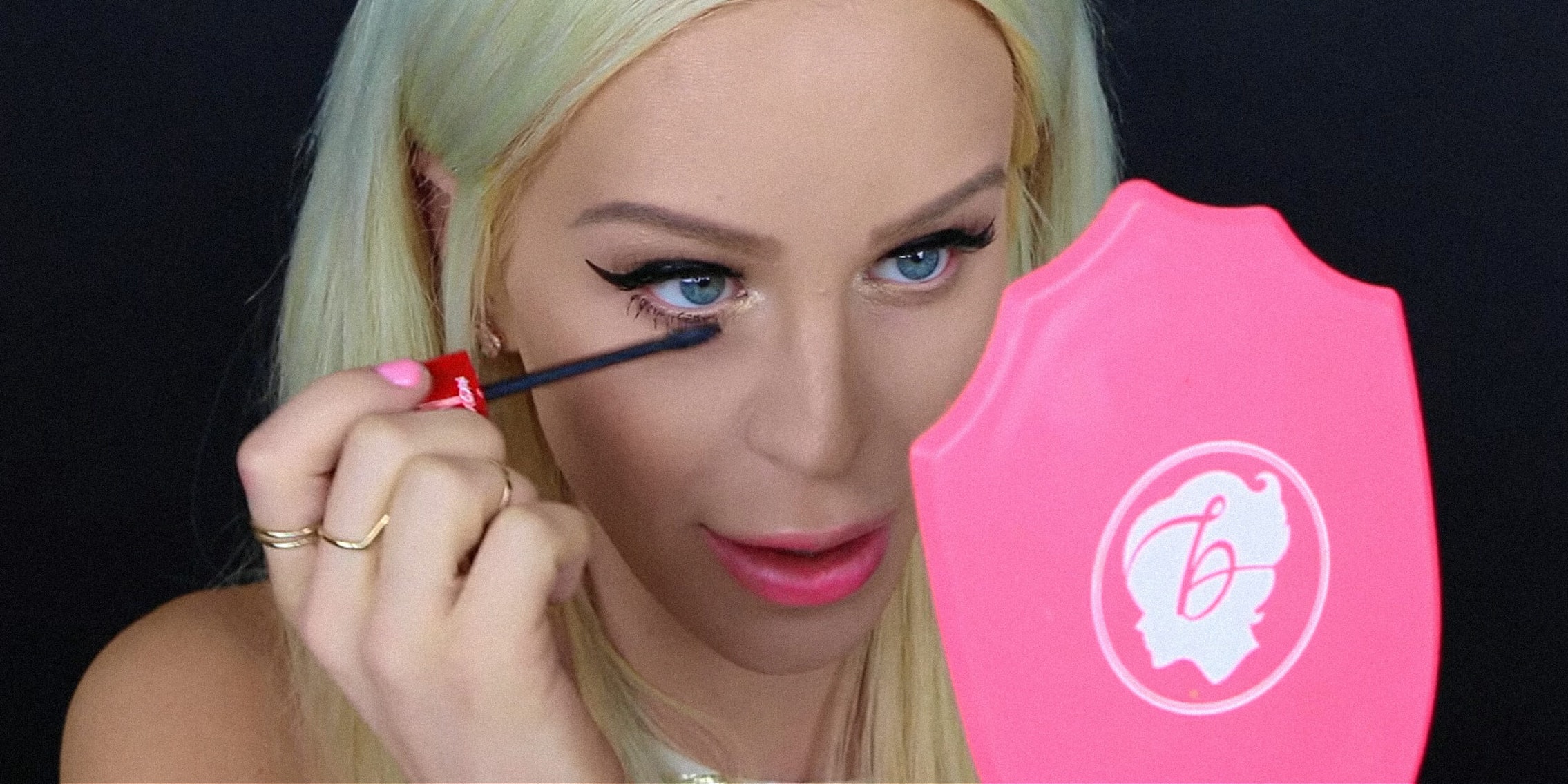 This iconic beauty vlogger has nothing to hide.

In the world of YouTube mega-stars, a career based entirely on successful contouring videos isn’t far-fetched. But for 25-year-old Gigi Gorgeous, daily vlogs and simple makeup tutorials led to a necessary shift in  visibility on YouTube.

Gorgeous, formally known as Gigi Lazzarato, is one of YouTube’s original beauty queens and a prominent LGBTQ youth ally with over 2 million (and counting) subscribers. While her channel is a space for Gorgeous to express her feelings on everything from Caitlyn Jenner and bullying to how she met her girlfriend, her recent documentary, This Is Everything: Gigi Gorgeous offers an unfiltered video diary of her off-camera life. From selfie videos documenting every step of her transition to clips of difficult discussions with her family, This Is Everything revealed the intimate inner workings of YouTube superstardom and gave Gorgeous a chance to tell her story—without perfect lighting.

Here are a few fascinating facts about the woman who needs no introduction.

1) Gorgeous was once a nationally ranked diver

At 13, Gorgeous became a prominent Canadian National 3-Meter Diving Champion, later qualifying for the Olympics at age 15. However, Gorgeous realized she wasn’t happy and left the sport behind in her later teen years.

“My thoughts just had such a strong hold on me, I was thinking about heels and lipstick,” Gorgeous said in This Is Everything. “It was just something that I had to explore.”

With the advice of a friend in mind, Gorgeous devoted her free time to launching her YouTube channel, perfecting her makeup skills, and practicing walking in heels on the treadmill.

2) Gorgeous is a little superstitious

Gorgeous’s childhood home had three floors with two set of staircases, each with 13 steps. According to one of her YouTube videos, Gorgeous never stepped foot on the 13th step. She considered both the first and last steps the 13th, she explained.

At the beginning of her YouTube career, Gorgeous posted some of her first makeup tutorials on her channel, then titled Gregory Gorgeous. Her first video, posted in 2008, featured a young Gorgeous applying makeup and perfecting a quintessential 2008 hair swoop.

Some of Gorgeous’s other early videos were more detailed hair and makeup tutorials, as well as goofy music videos like “Only U” by Ashanti and a “Behind the Scenes of a Lady Gaga Music Video” she produced with a group of friends. Since then, Gorgeous has created a seven-figure empire and an annual salary of $1.3 million.

Gigi Gorgeous was 19-years-old when her mother died from brain cancer. In a 2016 interview with People, Lazzarato said her mother passed away before she was able to tell her that she is transgender.

“I never got to say it to her face,” said Lazzarato in an interview with People. “[Her death] made me realize, ‘Life is too short to not do what you want to do. Let’s become the most authentic you that you can be.’”

Throughout her plastic surgery procedures, Gorgeous’s father, David Lazzarato, was adamant about remaining by her side. Gorgeous’s father is prominently featured in This Is Everything, helping his daughter recuperate and recover during two of her surgeries (though Gorgeous assured him she would be fine on her own). That’s what unconditional love is.

Gigi Gorgeous’ first appearance in front of family and close friends after her transition was in a wedding party for her father’s wedding. It was an important moment for her and those closest to her, she told her YouTube audience. She walked down the aisle with style and flawless makeup, of course.

7) Gorgeous collaborated with one of the Kardashians

In 2015, Gigi Gorgeous paired up with Kylie Jenner for a major collaboration video called “What’s In My Mouth With Kylie Jenner.” The pair collected foods they typically wouldn’t eat (think pigs feet and strawberry yogurt) and fed them to each other with their eyes closed.

Per the rules of the challenge, there was no peeking allowed, and whoever who ate the food had to guess what it was. Yum!

8) Gorgeous was once denied entry to Dubai for being transgender

In August of 2016, Gorgeous was detained for five hours in the Dubai International Airport.

The beauty vlogger was detained by officials at the Dubai airport and separated from her passport. After she was cleared, the Dubai government issued a letter of apology to Gorgeous, citing an “error in the database” as the cause of the incident.

Gorgeous took to Instagram after she was released, saying her experience was further proof of “the need for change.”

In an interview with MTV, Gorgeous said that she followed Michelle Phan on YouTube before she began vlogging and that Phan was “one of the first people” to get her career started.

10) Gorgeous is team pineapple on pizza

Gorgeous has taken a stand in a highly contested debate by revealing that her favorite pizza is Hawaiian. In case you missed it, the (seemingly neverending) discussion of whether or not pineapple belongs on pizza is a hot debate on the Internet. Some prominent figures don’t agree with the beauty vlogger’s choice. Consider this more proof that Gorgeous has always been one to speak her mind, no matter who might disagree.

Editor’s Note: This article is regularly updated for relevance.