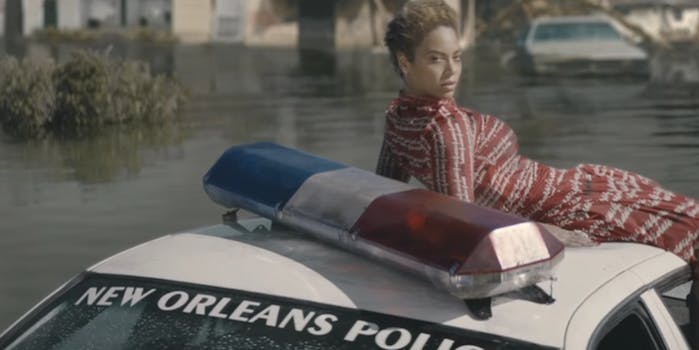 The Beyoncé video for ‘Formation’ is still unlisted on YouTube

A decidedly quiet delivery that begets a shrieking impact has lately been the Beyoncé way. And it came as no surprise to anyone that the songstress’s rollout of her new single, “Formation,” was characteristically cryptic.

In addition to launching the single for free on Tidal—the beleaguered subscription service owned by Knowles’s husband, Jay Z—she also dropped an accompanying music video on YouTube. But she dropped it with a catch: It arrived on the service unlisted, a privacy setting that shrouds content from being accessed by basic search functionalities on YouTube (and the Internet at large).

“Why is it so difficult to find this damn video?” reads one of the top YouTube comments on its explicit version. Others echoed this sentiment.

Viewers, it turned out, had to unearth the link on Beyoncé’s official website. It was a calculated call on her part.

“Tidal only has a base of one-to-two million subscribers,” says Andrew Hampp, brand strategist at music sponsorship agency MAC Presents. That pales in comparison to Spotify’s 30 million and Apple Music’s 11 million. Therefore, in order to familiarize the masses ahead of her Super Bowl performance, Hampp surmises Beyoncé conceded (some) access beyond Tidal’s pricey walls. All this despite the fact that Jay-Z has made his distaste for YouTube’s monetization model clear—in freestyle rap form, no less.

“Tidal just doesn’t have enough scale to make a record go to No. 1 the same way that YouTube could,” says Hampp. “Look at ‘Harlem Shake.’ It went to No. 1 on the Hot 100. That was a direct result of YouTube streams. Sales and radio were such a small part of that track’s success.”