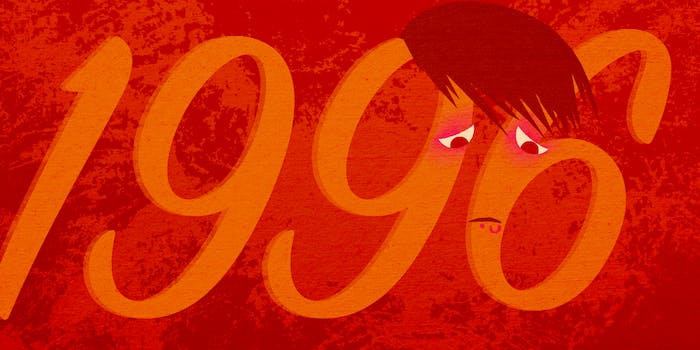 When emo went from Midwest to mainstream.

Twenty years ago, emo was a sleeping giant that ran on touring circuits, demo tapes, and regional music scenes with distinct flavors. Sunny Day Real Estate’s 1994 cornerstone Diary was the casting shadow on a term that MTV’s 120 Minutes was beginning to wrap its head around. Illinois and Missouri were hotbeds. This was the second wave.

The Promise Ring’s Nothing Feels Good and Refused’s The Shape of Punk to Come were on the horizon as massively influential textbooks. In the meantime, bands like Mineral, Braid, the Get Up Kids, and Jimmy Eat World were stretching their legs beyond their flyover-state surroundings.

Elsewhere, a famous band bombed and nearly disintegrated (like so many of these influential, short-lived outfits) with its sophomore album. But a funny thing happened when the internet generation got its hands on it.

The Madison, Wisconsin-bred emo cornerstones were among the first to pull off dueling vocals with Caithlin De Marrais and Kyle Fischer. It’s a recurring trope in the genre, emblematic of the egalitarian spirit of the music—one team, one message. The band dissolved in 2006 (downright astonishing by emo standards) after nine releases, but the debut EP’s six songs were a lasting blueprint. That standard emo breakdown where instead of a chorus you get sustained phrases like “my heart” sung over punishing drums? No one did it better.

This is absolutely pop-punk and not emo—less the SoCal skate shop variety and more the Nowhere, Florida, strip-mall punk of balmy, bored homerooms. A few years later, Coral Springs, Florida’s New Found Glory would seize this region and go national. But if you caught Alison Mosshart’s first band (she’d go on to front the Kills and Dead Weather) in the ’90s, it was at the same stomping grounds as the sweater kids. Before disbanding in 2000, Discount likewise signed to star-making emo label Fueled By Ramen.

Ah, that sweet Kansas City, Missouri, emo-core sound of anonymous, despondent singers (here Brandon Butler) buried in the mix and overtaken by echoing, jackhammer drums. It starts tinny and distant, then it’s a mudslide of unrefined strumming. By the time turn-of-the-century catalog AllMusic.com could offer up a bio, Departures and Landfalls was a rare Pokémon, mythic and out of print.

As Stereogum notes, Texas Is the Reason is literally a post-hardcore band—forging from defunct hardcore collectives Shelter and 108. They also went emo as a philosophical pivot toward reflective, sensitive songwriting. Do You Know Who You Are?, named after the reported last words of John Lennon, is the genre’s greatest one-hit wonder; a canon album that buried its makers with expectations, major-league interest, and swiftly broke them up before record No. 2. The New York City band has since reunited amid curtain calls from the internet, and today stays connected via a strongly curated Twitter account that posts rare photos and touts side projects. The most dignified retirement possible for an emo band, in other words.

The dividing line between Generation X and millennials is Pinkerton, a follow-up bomb that disintegrated Weezer. After the multi-platinum success of the “Buddy Holly”-charged eponymous debut, singer Rivers Cuomo went to Harvard as the band self-produced the sophomore effort. The resulting album was selfishly noisy, loaded with self-loathing romantic confessionals, and Entertainment Weekly correctly predicted the album would “disappoint anyone who prefers a candy coating on the bubblegum.” (The Wiki on the album’s initial reception is rich—Rolling Stone‘s readers in particular detested the thing, voting it the third-worst album of 1996.)

As it collected dust and Weezer went into hiding, America’s emo class found it in their local CD Warehouse and latched on. Napster was eventually abuzz with outtakes and rarities as web forums sung its praises. During 2002’s Enlightenment Tour—a tour wherein the band was rumored to have used a computer algorithm to determine the nightly setlist—Weezer finally began performing Pinkerton live.

But the soaring, anthemic album is also a cautionary tale. For many teenagers it was a damaging album that excused bookish and sensitive romantic interests for their transparent, cutting words. Today we celebrate the project’s influence and general kickass nature, but lament that the record gave rise to late-bloomer fuckboi types.