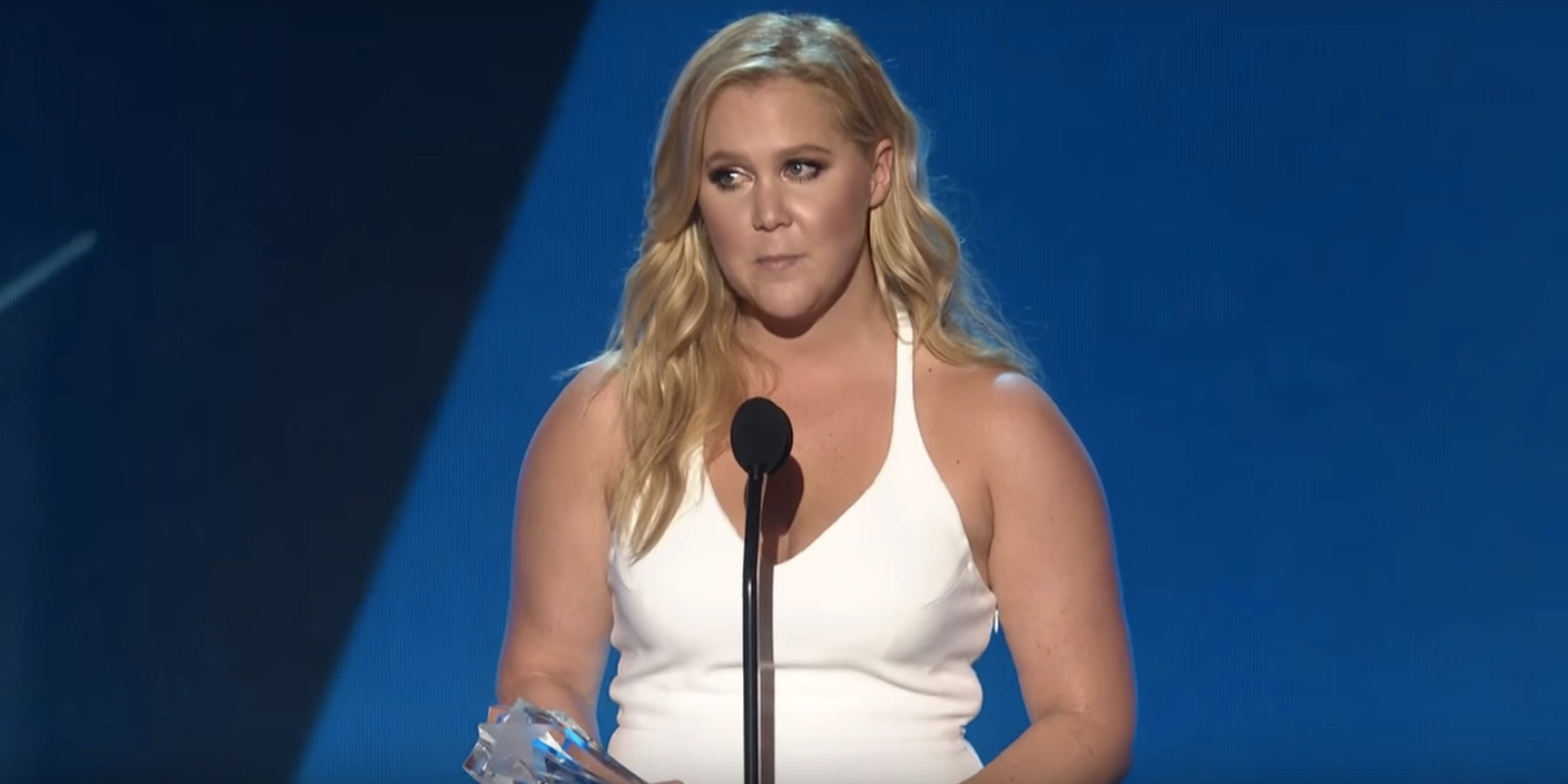 And now a video seems to back comedians' claims.

Several comedians have come forward with accusations that Amy Schumer has stolen their jokes.

The comedy news site The Interrobang reported on Monday night that comedian Wendy Liebman had written in a since-deleted tweet, “Between Amy Schumer doing 1 of my best jokes on her HBO special and this meme of my joke, I’m done with social media.” As Interrobang explained, the meme showed a pinup-style woman quoting one of Liebman’s jokes.

In response to Liebman’s tweet, comedian Chuck Martin chimed in that she might have had a similar experience as Kathleen Madigan regarding Schumer.

Madigan responded in tweets that she has also since deleted. According to The Interrobang, the first tweet read, “wow. finally. get ready for a shit storm” followed by “I have a split screen being released of the disgusting amount of stealing being released tomoro. im done also. Game over @WendyLiebman”

Comedian Tammy Pescatelli then joined the conversation, also tweeting things that she later deleted. According to The Interroblog, she wrote:

“What has always been amazing to me is that she purports to be a feminist and yet only steals from other female comedians. If we call her on it we are “jealous” or career shamed. Be successful. WE want you to do well, just do it will your own material.BTW she blocked me.”

Pescatelli also tweeted out links to pieces of these women’s work that Schumer allegedly stole. For example, one of Madigan’s standup routines where she joked about Oprah paying someone to slap her whenever she wants to eat something. She then  pointed out Schumer’s “Slap Chef” sketch about “a revolutionary weight loss program that provides a private chef who violently smacks food out of your hands,” as Comedy Central described it.

Although many of these three womens’ tweets have been deleted, there are a couple of things that have stayed intact. Madigan retweeted this from Twitter user Candy Dax.

And Pescatelli has left up this this tweet from late Tuesday night that she’s even pinned to her page, which includes a video of when Vanilla Ice denied ripping off Queen and David Bowie’s “Under Pressure.”

On Wednesday morning, a video titled “Amy Schumer is a Joke Thief” surfaced on Vimeo. It’s unclear whether or not Liebman, Madigan, or Pescatelli are in any way affiliated, as it looks to be uploaded by a “joe schmo” account. However, the video does include work from the three comedians and then Schumer’s jokes that look to be incredibly similar.

This isn’t the first time that Schumer has been accused of stealing jokes. There was speculation in October 2014 that the Trainwreck star had lifted from the late Patrice O’Neal.

The Daily Dot reached out to Schumer’s team for an official comment and will update the story when we hear a response.

I think Amy and I came up with the same joke (“I’m old fashioned. On a date I like it when the man pays. For sex.”). When I first saw her version, I thought someone must have sold it to her.

In a tweet, Liebman has also backed up what she told Peck in her emails, citing the situation as one of “#parallelthinking.”

I think both @amyschumer and I like it when a man pays…for sex. #greatminds #parallelthinking https://t.co/zWQKo4Kj5F

Schumer has denied the allegations that she stole jokes in a tweet on Wednesday afternoon. She wrote, “On my life, I have never and would never steal a joke.”

And Zach Braff has also tuned in to the conversation. He tweeted in response to Schumer:

@amyschumer I said that exact sentence an hour ago.

Schumer also appeared on the Jim Norton Advice Show to defend herself against stealing jokes. She says, “I’m being accused of stealing jokes and I wanted to come and talk to you about it and clear my name because I would never, ever do that and I never have.”