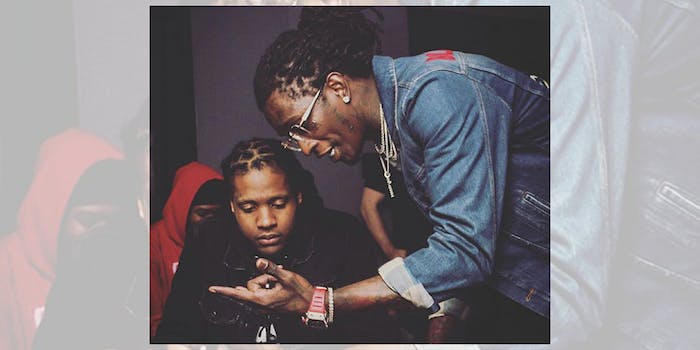 A photo of Young Thug and Lil Durk in front of a computer has now become a meme, mostly for the determined look on Young Thug’s face.

I believe that Young Thug could effectively lead our country thru a national crisis off the strength of this photo alone pic.twitter.com/qoP5ibFYhk

While the photo is from the studio—a different angle of the shot was posted on Durk’s Instagram—the internet quickly created scenarios that placed Thug and Durk in disaster movies, parental roles, and beyond.

There was a Westworld thread that replaced Bernard with Thugger.

Migos’ Offset was also roped into the mission.

21 look like he caused destruction to the city and young thug lil durk and offset tryna figure out how to stop it pic.twitter.com/Om5vlD3sth

Young Thug recently announced his next release will be titled Slime Language.