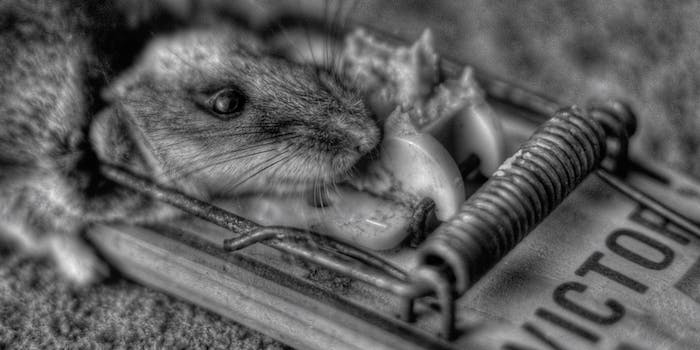 You’ll never believe what Facebook is doing to clickbait

Is Facebook finally planning to use their powers for good by destroying clickbait, one of the most obnoxious and pervasive current Internet trends? The social media powerhouse just announced that it will be manipulating user feeds to weed out clickbait—which means no more irritatingly vague headlines leading to inane content churned out by a myriad of sites operating on impressions, not content.  The move on Facebook’s part is going to make clickbait a whole lot less profitable and could prove to be its death knell, just as revisions to the Google search algorithm brought content mills to their knees.

We’re all familiar with clickbait—it seems like it’s impossible to escape right now. In a frenzy to draw pageviews, sites like BuzzFeed and the Huffington Post generate a huge volume of content daily, with headlines designed to induce high user click-through rates—but no actual content to back it up. Users are starting to wise up to the false lure of clickbait, as a data scientist told The Daily Dot recently, with user impressions dropping radically for clickbait sidebar widgets and other tools used to drive traffic to such websites.

Now, Facebook is responding to users who say they’ve had enough. It’s using a fairly basic model for defining and identifying clickbait on user feeds:

With this update we will start taking into account whether people tend to spend time away from Facebook after clicking a link, or whether they tend to come straight back to their News Feed when we rank stories with links in them…Another factor we will use to try and show fewer of these types of stories is to look at the ratio of people clicking on the content compared to people discussing and sharing it with their friends. If a lot of people click on the link, but relatively few people click Like, or comment on the story when they return to Facebook, this also suggests that people didn’t click through to something that was valuable to them.

The site is also changing link formats to make links more informative and relevant, responding to reader feedback expressing a preference for links with more contextual information. After its earlier war on “likebait,” it’s clear that Facebook is finally beginning to aggressively pursue irrelevant content primarily designed to drive up ad revenues, not to produce actual thought-provoking material and conversations. That’s bad news for advertisers who rely on Facebook promotion to drive traffic.

Why? Because Facebook is the primary driver of traffic on social networks, with 18-23 percent of traffic coming from Facebook posts, Jazon Abbruzze notes at Mashable. As he explains, the move positions Facebook alongside other sites that are privileging “time spent” over impressions. What matters more? Whether someone clicks on a link or stays there after arrival? This question lies at the crux of a larger debate that could totally shift the nature of online content as providers and networks realize that the old school is, well, old.

At Gizmodo, Ashley Feinberg argues this could lead to a major content shift on the Internet. “If it works, you’re about to start seeing a lot fewer stories in your News Feed high on intrigue and low on actual substance,” Feinberg says. “Which means that sites like Upworthy, which have been relying on the tried and true bait-for-clicks formula, are about to be out of luck. And if there’s anything that actually can restore our faith in humanity, it’s that.”

She’s echoing Trevin Shirey at Squawk, a site focusing on Internet marketing trends, who wrote back in March about the death of clickbait. “Now is a great time for content marketers to double-down on content that has a lasting impact and isn’t reliant on clickbait to earn merit. Write more longform pieces. Spend 8 hours writing a blog post instead of 30 minutes. Take a risk and write something totally different.  Try creating a video or interactive page,” he advised marketers.

The Internet has had enough of over-the-top headlines, and apparently, social networks are responding. A similar phenomenon occurred when people started expressing frustration with content mills and their endless procession of garbage content, and Google effectively killed such sites with a robust search algorithm update that dropped them so far down in search results that their profit model was no longer sustainable.

Notorious content mill Demand Media certainly saw the writing on the wall in 2013, as the site’s CEO resigned rather abruptly while watching content mills, including his own, fail left and right around him. Google’s move sparked fury on the part of content mills and delight among users who finally had relevant results at the top of their search results, and a similar set of outcomes may occur with Facebook’s news feed move.

Facebook has had a rough year when it comes to user relations, with numerous users angry about how their feeds are manipulated and how content is presented. This update to the site’s algorithm, however, reflects how such manipulation can be effectively used for the power of good, not evil, with Facebook pushing more relevant content to the top and allowing content that no one wants to see to sink to the bottom.

The move isn’t entirely altruistic, of course; users will abandon a network that’s not serving up the content they find useful, and other advertisers will benefit from the change in content promotion. But it does have the pleasing side effect of making user feeds more endurable and potentially challenging clickbait as an industry. If sites can no longer drive traffic and generate huge profits from provocative headlines and content-thin pieces, they may be forced to revolutionize the way they conceptualize and present content.

A renaissance could occur, perhaps even a return of the smart, sharp, longform exploration of issues, brought about by readers who express profound distaste for the inane and useless. Facebook’s move may create not just a more flexible and enjoyable feed, but a huge culture shift on the Internet, where users are starting to feel drowned in a mound of clickbait with no way out. This isn’t the light at the end of the tunnel, but the path there just got a little brighter.