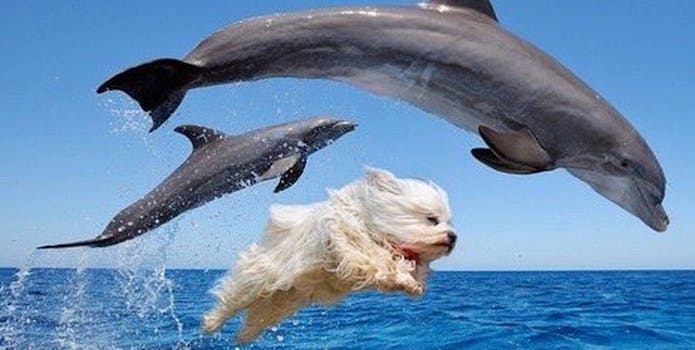 This is the exact opposite of 'cursed images.'

The internet is rife with images of horror and creepypasta that have eclipsed even the boundaries of the web. A Slender Man movie’s being made and someone’s attempting to break the spell of the many cursed images haunting Twitter. Now, a more positive force of meme has moved into the limelight. It started with wholesome memes and has moved to the exact inverse of cursed images.

These are blessed images.

And they’re here to overtake you with positivity. Since bringing blessed images to the world on Monday, the account has tweeted out an impressive 42 images and counting. They’re mostly animals being adorable, though Blessed Images did sneak in a wholesome meme in the middle of their tweetstorm.

Even if an “unblessed images” Twitter account pops up to counteract all this positive energy, it’s not like it could do much. Once blessed images are out in the world, their positive vibes reverberate with every retweet and only prompt more blessed images—especially if you find the original photographer and their blessed portfolio.

And, given the current political climate, blessed images could not have come at a better time. In a garbage year like 2016, it’s truly a blessing to head toward the new year with some levity.