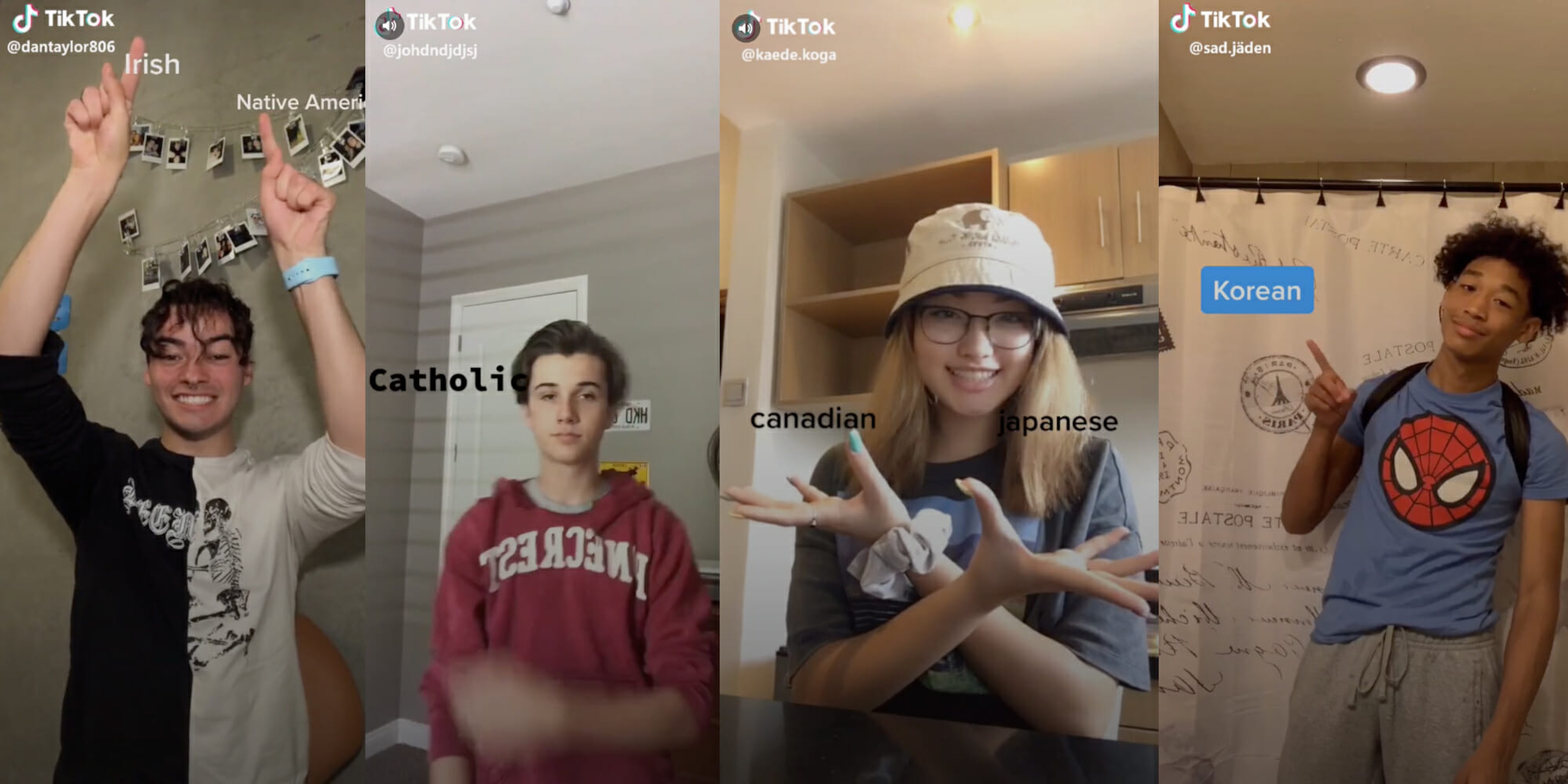 TikTok users are riffing off a song from Lin-Manuel Miranda’s musical In the Heights for a new meme that has exploded into over 500,000 videos exploring identity.

The snippet of “Carnaval Del Barrio” features Carla, one of the leading roles of the musical, singing about her parentage. Her mother is Dominican-Cuban, and her father is from Chile and Puerto Rico, so she describes her heritage as “Chile-Domini-Curican.” But when people ask where’s from, she just says she’s from Queens.

This resonated with many TikTok users who are asked “what are you?” in reference to their ethnic background. The meme involves TikTokkers using text overlays to explain their heritage as “Carnaval Del Barrio” plays in the background.

People brought the trend to Miranda’s attention on Twitter. “Yes a young person told me about this,” tweeted Miranda, who’s best known as the creator of Hamilton. “Someone send the videos to this old man at my Friendster so I can see.”

Yes a young person told me about this. Someone send the videos to this old man at my Friendster so I can see https://t.co/YBXbprEx3X

Some fans responded to his tweet with their TikToks, which Miranda appreciated.

Although the trend initially grew out of exploring mixed ethnicities, some TikTok creators have co-opted the premise to explain being the child of parents whose identities challenge convention in other ways.

TikTok creator @AmiraBeck’s video, for example, used the trend to express her frustration with explaining how she is being co-parented by her father, who is gay, and her mother, a married lesbian.

User @OliviaLaine created a video explaining that her parents are Republicans—but she’s a feminist.

One of the most popular versions of the trend comes from @sad.jaden, whose video describing his Black-Asian heritage has 337,000 likes.