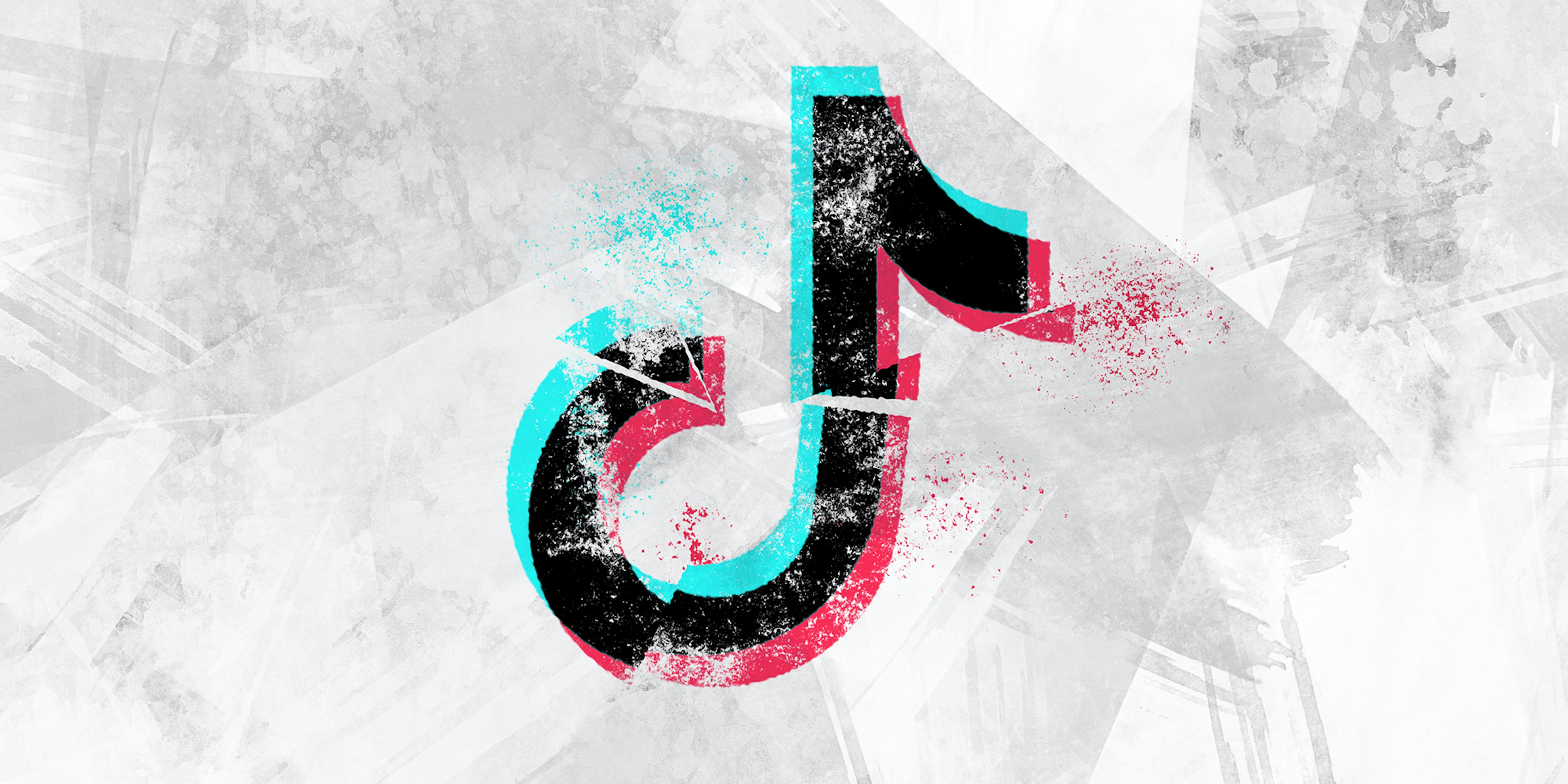 'A high level of personal sacrifice is required to work at TikTok.'

“So I’m sure most of you TikTokers have no idea what’s going on behind the scenes of this app,” Dylan Juhnke, a former brand partnerships manager at TikTok, said in a now-deleted video.

Across the web, a number of former TikTok employees have posted their reasons for leaving the social media giant. It’s a peek behind the scenes of a fast-growing, elusive company still defining itself on the international stage.

“Bytedance, the parent company of TikTok, is striving to be an international company, but at this stage of their journey of growth, they are very much still a Chinese tech company in the way they think and operate,” former employer branding partner Jamie Lim Yin Yin said in a YouTube video.

Former employees are speaking out about the stress and confusion they faced, highlighting issues within the work culture of the greater tech industry and within one of its fastest-growing companies.

In September, TikTok announced it had 1 billion active users. The app has undergone exponential expansion since its creation in 2016, propelled by the pandemic when the app pulled in 315 million downloads during the early days of global lockdowns. But former employees say the rapid pace came with drawbacks, including grueling work hours, a confusing corporate structure, and frustrations with supervisors.

According to his LinkedIn, Juhnke joined the app in 2019 as an account manager, before its explosive growth, and left in August.

In a series of TikToks uploaded in January, Juhnke outlined his frustrations with his former employer. In his videos, he expressed irritation with TikTok’s management, alleging an incident where the New York offices were not given the same lunch stipend as those in Los Angeles, even after bringing it up multiple times.

“This instance is that the leadership is telling the employees that they’re going to fix something and they literally are saying two years later they’re still looking into it,” Juhnke said in one of the videos.

In another video, he alleged management intimidated him for supposedly speaking to the press. When the Daily Dot reached out for comment, Juhnke said, “My perspective is the videos.” The series has since been taken down, although it’s unclear whether it was removed by Juhnke or TikTok.

Chloe Shih, who goes by Colors of Chloe on social media, also recounted her experience at TikTok in a YouTube video uploaded in October. When the Daily Dot asked Shih about Juhnke’s complaints, she said “incompetent management sounds about right.”

In her own video, Shih stated she wanted to share her experience because “a lot of tough things happen in our careers and we rarely talk about it. So the same mistakes get made over and over again and it doesn’t help anyone.”

Shih’s frustrations allegedly began when she asked a senior leader on the product team if she would be nominated for a promotion. She said she didn’t receive an answer for four weeks and when she did receive a response, it was a confusing directive that her work output was not high enough. Shih quoted from an alleged response from a manager stating, “I cannot describe the work you need to do because I don’t know it, you should know it.”

Leveling, or clearly defining a job’s roles and responsibilities, was important to Shih because it helps quantify her performance and understand what output is needed for a promotion. The same manager went on to say, “Don’t pay attention to your job level, just do the work.”

Shih said she regularly worked 12-16 hours a day, mostly prompted by what she describes as a “bizarre meeting culture.” Meetings, according to Shih, were scheduled at odd hours of the night and for long stretches of the day. She described having to accommodate international meeting times with colleagues in the United Kingdom and Beijing, causing her to work from 8am to midnight some days.

“I actually think I developed a sleep disorder from working so late into the evenings,” Shih said in the video. “I am doing sleep studies and frequent checkups for it.”

“While meetings often span time zones, as is typical for global companies, we continue to focus on ways to provide employees support and flexibility,” the spokesperson said.

Workplace “PUA”, or “pick-up artist,” has caught fire in recent years after a post from a Chinese rapper about facing abuse from her management went viral. The concept boils down to workplace negging or intimidation, similar to how a pick-up artist tries to lower a target’s self-esteem.

Shih herself compares her experience at TikTok to workplace PUA, recounting situations where she felt like employees were unfair or simply mean. In one instance, a subordinate gave Shih a suggestion during a team-wide meeting, which she accepted. A supervisor then allegedly told Shih “you look like you don’t know what you’re doing” and “this makes you look very junior.”

Shih has praise for some of her former colleagues at TikTok and said she knew what work environment she was getting into. “There is a very likely world that I stayed there and made things work,” she told her audience. “But there were a lot of challenges and not every hill is worth dying on for me.”

Shih told the Daily Dot that “lots of people have left TikTok in the last few months.”

Lim Yin Yin is another employee that has left recently. She shared her experience working at TikTok on her YouTube channel. She quit her role after four months.

By her third month of working at TikTok, Lim Yin Yin said, “I constantly felt tired and incredibly drained by work… My physical health took a little bit of a toll.”

Lim Yin Yin said she was frustrated with an internal program called Lark, a workspace and messaging app owned by TikTok’s parent company ByteDance. She said the embedded nature of the app, with important work documents, meant she could never close out of the app—even when constant pinging from colleagues disrupted her focus and workflow. A TikTok spokesperson told the Daily Dot that this claim is inaccurate and said the app has settings to mitigate its presence, such as a “do not disturb” mode.

The organization itself felt hard to navigate, according to Lim Yin Yin. In her video, she said TikTok does not have any internal organization charts.

“When someone random pinged me, I had to go on LinkedIn to figure out which team they were from, what they did. Let’s just say LinkedIn was a tab on my browser that was constantly open,” she explained in the video.

Lim Yin Yin said the company operates with a startup atmosphere, which comes with positives and negatives. “The pace of execution was and is phenomenal,” she explained on YouTube, “However, at times, I did feel that we ended up doing things that were not particularly strategic, but instead extremely short-term and tactical.”

“We promote open lines of communications to direct managers, HR and senior leaders through a range of internal forums, anonymous surveys, tools to celebrate colleagues’ contributions, and other avenues for employees to ask questions, share their experiences, and help us create a positive work environment,” the TikTok spokesperson said.

Lim Yin Yin emphasized she enjoyed many of the colleagues she got to work with, but said she found the culture hard to connect with. “I didn’t have a sense of pride or loyalty to the company instilled within me,” she explains, “Personally I found it really hard to understand and resonate with our values.” Lim Yin Yin did not respond to the Daily Dot’s requests for comment.

“If I knew that working at TikTok would cost me this much, I would have never taken the job,” she wrote in her post.

Chu also cited the working culture at TikTok in her decision to leave. “A high level of personal sacrifice is required to work at TikTok,” she wrote. “I found myself dedicating my entire life to my work at TikTok. My personal interests, time with my family, and mental and physical health took a distant back seat, and at times ceased to exist entirely.”

She wrote that prospective TikTok employees need to be “extremely intentional about why you’re joining, and what you want out of this experience.”

Chu said she is grateful for the experience because of the lessons learned. Her time at “one of the toughest, cross-cultural” companies taught her about resilience and gave her clarity for her career going forward. Chu did not respond to the Daily Dot’s requests for comment.

TikTok is not alone in its intensity. Ben Tarnoff, founder of the technology publication Logic magazine, says the spirit of the tech industry can sometimes make workers blind to difficult work environments.

But when lines feel blurred, “the way that power operates within the workplace can be obscured,” he said.

Employees that do speak out against a former company and their work environment take a big risk. Tech can be a tight circle and Tarnoff says employees that speak out or have organized for collective action have had to “think about how that may affect their future career prospects.”

Some people may scoff at feeling sympathy for TikTok employees. According to Glassdoor, the average salary for a TikTok product manager is $165,000. But Tarnoff underscores the importance of listening to workers.

“The fact that TikTok is an extraordinarily important company, from the perspective of our media environment, means that I think it’s worth listening to what these workers have to say about how the company is organized internally,” Tarnoff said.

Labor issues, though they operate differently across sectors, impact the safety and dignity of all workers. Poor management, disorganization, and a culture of overworking can burn out any employee and hurt their career.

“These are issues that tech workers in particular have organized around. And these are not issues that are really mitigated by the size of your salary,” he said.

This post has been updated with a statement on Lark from TikTok.