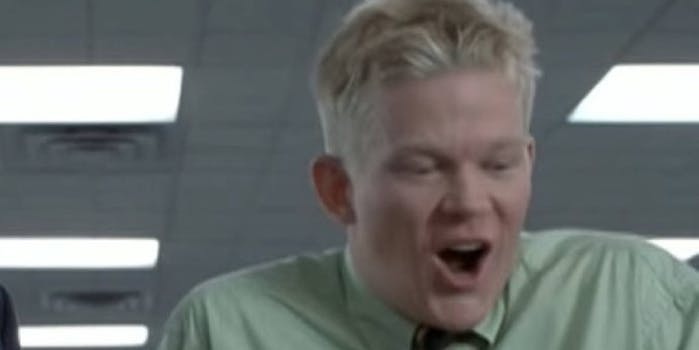 Twitter started out in 2006 as a way for tech dweebs to find each other at the tech-dweeb segment of the South by Southwest festival, but by 2014 it had become a large public company with a loftier goal: “to give everyone the power to create and share ideas and information instantly, without barriers.”

On May 16, 2016, Twitter achieved that goal with a trending topic about words one might shout while experiencing an orgasm. Big congrats to current CEO Jack and former CEO Dick. Nice.

#ThingsIYellWhenICum Is trending at number 1 this early in the morning and I'm like pic.twitter.com/w7SesSQzsR

Here’s a sampling of the thoughts people are adding to the marketplace of ideas, viz. the popular hashtag #ThingsIYellWhenICum:

#ThingsIYellWhenICum I WAS TOLD BY APPLECARE

"The FitnessGram Pacer Test is a multistage aerobic capacity test"

OUT OF MY CAGE AND I'VE BEEN DOING JUST FINE

#ThingsIYellWhenICum The mitochondria is the powerhouse of the cell

Some of these entries seem to have been inspired by the ubiquitious “nut button,” a separate meme about things a lover could say that would make you instantly smash a metaphorical button with “nut” written on it—i.e., reach orgasm.

When you're hitting it from behind and she turns around n moans, "The mitochondria is the powerhouse of the cell." pic.twitter.com/eGPMr9slDw

Nut buttons and #ThingsIYellWhenICum are the essential currency of Twitter, the goldmine of discourse and “ideas without barriers” against which the company hopes to sell ads and make a profit. Best of luck to Twitter Inc. in all its endeavors.