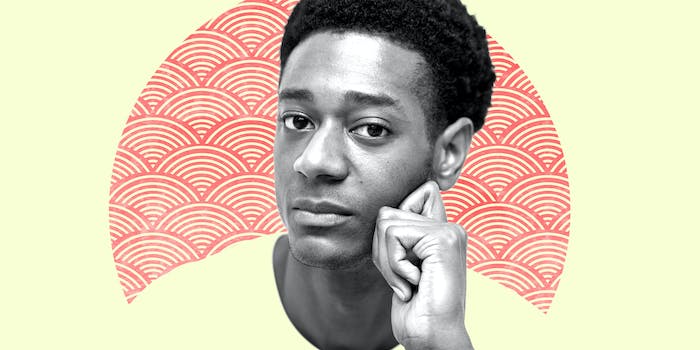 How Mr. Patrick built a following making TikToks about his teaching journey abroad

This week, we caught up with Mr. Patrick, aka the Paper Pat, a TikToker with over 1.5 million followers known for making videos about his experience moving to Japan to become an English kindergarten teacher.

In his videos, Patrick shares tips for how to become a teacher in Japan and regularly recounts funny anecdotes about his students. Patrick, who is Black, also posts teachable moments with his young students, many of whom have rarely interacted with Black people. In one video with over 15 million views, Patrick explains that one student asked him, “You’re not chocolate?” and “Are you a human?”

In comments, Patrick has said that he is happy to be a “source of education” for his kids, and he often posts clips of their reactions to new things. For instance, one of Patrick’s most popular videos captures his students screaming in excitement as he brings in a caramel latte, which he says is typically viewed as “too sweet” for breakfast.

What inspired you to become a teacher in Japan?

I actually didn’t intend to become a teacher while growing up nor did I study education in college. I realized that I enjoy teaching as I was in the midst of it during my time in China.

When did you first think about making videos about your experiences on the job?

I decided to begin making videos about my teaching experiences a few months after I began using TikTok. Initially my videos were just focused on dancing and occasionally sharing bits of my life as a foreigner in Japan.

In the early days of my content creation I wish I knew the importance of not caring too much about negative comments. I used to almost always reply to anything that was rude or just not said in the nicest way. Sometimes people just like to be negative for no reason and their comments really don’t matter in the end, but I used to let their negativity get to me.

How do you balance your responsibilities as a teacher alongside making videos?

I film almost all of my videos in the morning before I leave for work or after I come home. So it’s actually quite easy for me to maintain a good work/film balance.

What is the funniest thing a student has ever said to you?

The funniest thing a student said to me was probably “Are you human?”

Have your students seen your videos? If so, what do they think of them?

My elementary students have seen some of my videos in class when I’ve shown them. They especially enjoy the silly ones and always ask to watch them again and again.

How do you manage your relationship with your followers?

My followers are very kind to me. In the beginning I used to try to respond to their comments and direct messages as often as possible. As I’ve grown in the number of followers I have, though, I’m usually not able to. I occasionally do livestreams and really enjoy those interactions.

How did it feel to go viral on TikTok for the first time?

It’s a very surreal feeling whenever a video goes viral. The first time it happened I really couldn’t comprehend it. I always feel happy but going viral brings tons of new eyes to your content and there are always people who have strong opinions about what they see in your video. And often they’re not positive ones. So going viral is fun but does leave me a bit anxious sometimes.

What has been the most challenging video for you to make?

The most difficult videos for me are the ones that feature my actual students. The reason for this is that I have to blur my students’ faces and type out captions for the many different voices heard. I really enjoy filming those videos and watching them back, but the post-production is time-consuming. It’s worth it, though, as it protects my students’ privacy and offers assistance to those who are hard of hearing.

What’s one thing you couldn’t live without as a creator?

One of the earliest purchases I made when I began making videos was a tripod. Besides my phone, I use my tripod most often when filming and would have a LOT of difficulty doing so without it.

Thank you, Patrick, for speaking with us!

Are you a creator with a strong following online? Email [email protected] for a chance to get featured in an upcoming newsletter.