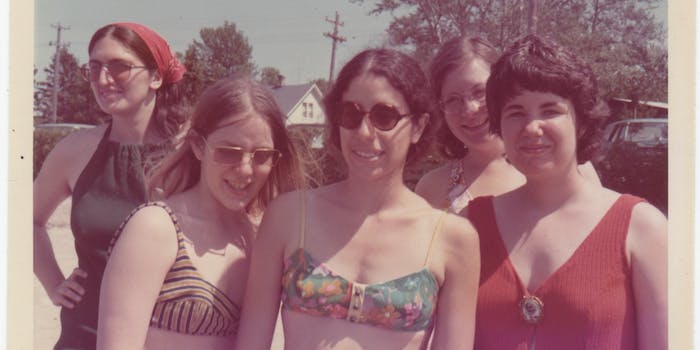 The organization worked in secret and performed more than 11,000 abortions before Roe v. Wade.

First conceived in the wake of Brett Kavanaugh’s controversial confirmation to the Supreme Court in 2018 and set to debut on HBO just weeks—or perhaps a matter of days—before that same court is poised to overturn Roe v. Wade, The Janes couldn’t be more timely (and it was already timely when it was one of three abortion-centric films to debut at the 2022 Sundance Film Festival). Centered around the Jane Collective, the underground network that provided more than 11,000 safe and illegal abortions in a pre-Roe Chicago between 1968 and 1973, it’s a no-nonsense exploration into the history of an organization that provided an essential service when discovery could’ve meant ample jail time.

Release Date: June 8, 2022
Directors: Tia Lessin and Emma Pildes
Streaming: HBO Max
The in-depth history of the Chicago-based Jane Collective is relayed and explored in-depth by the women who lived it. Debuting on the eve of Roe v. Wade likely being overturned, it’s a prescient reminder of the hurdles and suffering anyone trying to seek an abortion once endured—and could very well face again.

With the Janes taking the reins to tell their story (some of whom are speaking about their experiences for the first time, some of whom are only identified by their first name), it paints a vivid and often horrifying picture. It’s not just a look at the atrocities and cruelties women who needed abortions faced more than 50 years ago and the various ways different movements intersected to provide the momentum for such a movement. It also serves as a warning of what the future hold for millions of people in the U.S. and is already a dystopian reality for millions of others.

The past? None of the people interviewed shy away from how bleak it once was. One Jane relays a story about her friend who was raped in her bedroom and was then lectured about her promiscuity. Another talks about putting on a fake wedding ring in order to obtain birth control because pharmacists wouldn’t give it out otherwise. For many, pregnancy also meant losing their jobs.

A harrowing anecdote that kickstarts The Janes comes from a woman who detailed how she obtained an illegal abortion from the Chicago mob. The details, which included the types of cars used as code to indicate what level of care you were willing to pay for and her experience of bleeding in a seedy motel room with another young woman afterward, really stick with you. “I wanted it over with, and I didn’t care how it was done,” she said. “I was that desperate.”

“Desperation” was a word that the interview subjects mentioned time and time again. They use it when talking about the risky abortions they got before the formation of the Jane Collective. Women whose information the Janes took down often used it when giving them their information, providing as much as they could; some called back minutes later to add additional details. One doctor, who worked in a septic abortion ward and saw around 15-20 women brought in a day because of botched abortions or injuries sustained during self-attempted abortions, said that “what was seared into my brain is what desperate people will do when they think they have no other choice.” Archival footage, courtesy of an NBC camera crew, takes viewers into one of those septic abortion wards to capture what was happening.

“This was not uncommon,” Tia Lessin, who directed The Janes with Emma Pildes, told the Daily Dot. “This was a picture of what was happening in every city and this country, women by the thousands, every year, tens of thousands of women were taken. Many survived, many were injured beyond repair, and some died. It was a death sentence for some. So I don’t know that you can get much more explicit than that about the harm done to women’s lives when they have no other choice in desperation but to go to the back alley or to self-induce. And to be clear, this is done safely in the right conditions. This is a very safe medical procedure.”

Lessin and Pildes artfully thread the needle between many of the various movements brewing in Chicago in 1968—anti-war protests, the Black Panthers, and the larger civil rights movement—alongside women’s liberation. Oftentimes, they would work together; one of the earliest doctors helping some of the Janes was a civil rights activist who ended up on a KKK list. People weren’t taking women seriously in other settings, so they decided to do the work themselves. It’s that level of underestimation that the Janes used to their advantage to operate and advertise their services for several years; one of the police officers who eventually busted the Janes recalled being shocked after seeing the women operating the organization with his own eyes.

What’s striking about how the Janes talk about their operation isn’t just the meticulous nature of what they did, it’s the community feel: People helped watch each other’s kids, there was food, and the Janes made sure that patients got the level of medical care (no judgment, their concerns weren’t dismissed, and they received clear explanations of what would happen) some of them wish they had, a concept that still seems radical today. When New York legalized abortion in 1970, those who could afford to flew out, making the Jane Collective an even more vital service for those who couldn’t (largely poorer women and women of color).

The Janes doesn’t delve beyond Roe v. Wade because after abortion became legal (and the charges against the Jane members who were arrested in 1972 dropped), it meant that the Jane Collective was no longer necessary; many moved on with their lives. The weight of what the future holds casts a heavy shadow over The Janes because as much as it delves into the past, it’s also a reminder that the efforts. And while the bleak reality might not look the same as it does in The Janes, many of the laws or efforts to ban abortions, track women who try to seek one out, or punish women who miscarry, or are far more draconian. As Lessin and Pildes both emphasized, The Janes is a warning.

“It’s not about changing hearts and minds necessarily with this film, it’s reminding the majority of this country that believes in a woman’s right to choose to get involved because you can’t rely on Roe anymore,” Pildes said. “And these are your daughters and sisters and friends, and people are gonna die and be injured. And the effects of that is gonna be multi-generational.”

The Janes is now streaming on HBO.