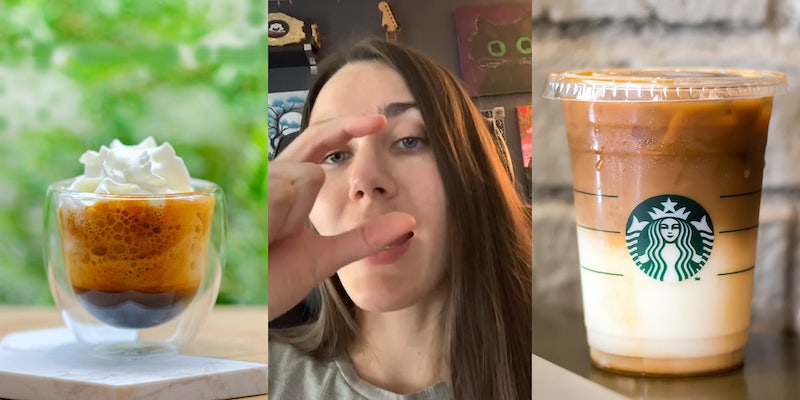 'As a barista, I don’t even explain it anymore. I just make it and I love to see their faces.'

In the video, which has been viewed over 100,000 times, TikToker @_brieta speaks about a conversation she has on a regular basis with people who come into the shop she works at to order a macchiato.

“And a Starbucks macchiato is, like, a caramel latte,” she adds.

She says the customers usually opt for the traditional macchiato but have a change of heart once they get it.

“So I make it for them, and when I hand it to them, they go, ‘That’s not what I wanted.’ And then I say, ‘Do you want me to make you a Starbucks macchiato? And they say ‘Yeah.'”

Many viewers who claim to be baristas resonated with @_brieta’s video.

“As a barista, I don’t even explain it anymore. I just make it and I love to see their faces,” one said.

Others noted that Starbucks features two “macchiatos” on its regular menu: the “caramel macchiato,” which is the drink @_brieta is referring to in her video, and the espresso macchiato, which is more traditional.

“As a Starbucks barista yes they’re very different but we do have espresso macchiatos with the dollop foam on it it’s just not wirely well known,” one pointed out.

The Daily Dot reached out to @_brieta via TikTok comment.