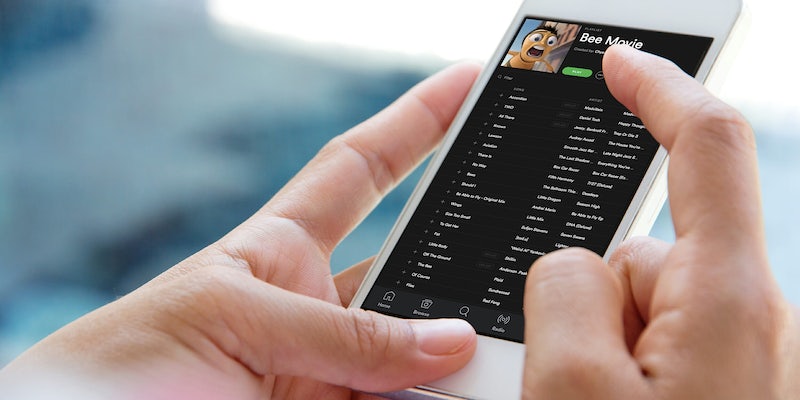 The Spotify playlist meme is the new way to express yourself

A week ago, a woman started a viral sensation by confessing her crush on a guy with a Spotify playlist, her message spelled out in song titles. Her playlist inspired a lot of “playlist for my crush” imitators, but writing Spotify messages is now a broader meme. The beauty of the Spotify playlist meme is that the site’s catalog of songs is so extensive there isn’t much you can’t write if you get creative.

The best playlists are the imaginative scenarios that people extend longer than you’d expect, spinning out an entire narrative. Like of a date night gone sideways. In this one, everything falls apart at the McDonald’s:

Big night out with my girl got my playlist ready pic.twitter.com/Dz8H6Ql3em

And in this one, sex is interrupted by some very unlikely visitors:

Good luck getting the nightmarish owl story out of your head.

As with any new meme format, though, a lot of the entries are callbacks to other memes. For example, the  “I don’t care that you broke your elbow” kid:

I made a playlist too pic.twitter.com/4KFYTTmEfJ

Or the script to Bee Movie:

I MADE A PLAYLIST RT IF I SHOULD DO THE WHOLE SCRIPT pic.twitter.com/A8BHP5ZzSe

Or “if you or a loved one has been diagnosed with mesothelioma.” Yep, there’s a song called “Mesothelioma” on Spotify:

omg @abbycolbyy made a spotify playlist for her crush pic.twitter.com/6AVKAPG68V

Or the infamous Navy Seal copypasta:

or “Stop right there, criminal scum!” from the video game The Elder Scrolls IV:

Even the classic Rickroll is part of the action:

The Spotify meme is extremely robust because it’s fun to participate in: it’s challenging to find the right tracks to spell out your message, but not that challenging. And the use of Spotify screenshots as a medium means no one has to draw or Photoshop anything to play the game. Add that to a very funny trend-starter, the original “playlist for my crush,” and you’ve got a formula that’s popular with everyone who drives memes, from dank redditors to Black Twitter.

The meme may have peaked over the weekend, but it’s not going to disappear anytime soon.