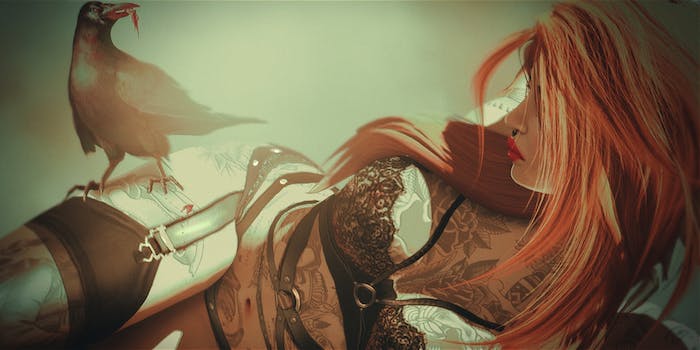 This genie is not going back in the bottle.

There has never been a generation more exposed to sexual imagery and with more sexual freedom than the one growing up right now. And this genie is not going back in the bottle.

Kinky is the new normal

Opponents of this new sexual liberation will tell you it’s a slippery slope to hell. But is it? For the first time in human history, we have a generation who has the freedom to be who they want to be in the bedroom, either with an actual partner in the same room or through the magic of live sex cams. And what’s more, because of the easy availability of Internet search engine data, things that used to be considered borderline deviant are now known to be refreshingly average. Yes, kinky is the new normal.

In his review of the book on the New York Times website, Wesley Yang sums up their research as such: “The authors implicitly assert pornography has become so ubiquitous that we can now treat it as if it were simply a natural part of human behavior.”

Do you want to be on top?

Ogas and Gaddam also say that what were previously considered to be unconventional turn-ons for heterosexual men are in fact common in every culture in the world. Searches for bestiality and incest were universally popular. The number of searches for penises by heterosexual men was also higher than might be anticipated. But the most underestimated and underappreciated sexual interest might just explain why Fifty Shades of Grey became such a huge cultural phenomenon.

In his YouTube video on the same subject, Ogi Ogas says the domination/submission relationship is the only sexual interest that everyone (men, women, gay, straight) has in common. He states that every category of sexual orientation features sub/dom themes. Power and submission run through every kind of erotica on the planet, every culture, for every person. In short, we are all a little bit kinky.

Ogas and Gaddam go on to suggest that our preference for submission or domination is as ingrained as our sexuality. That our preference to be the submissive or dominant one in the bedroom is as influential to our sexual tastes as our preference for men or women. And as such should be considered absolutely fundamental to our sexual identity. It doesn’t mean we’ll all be installing a sex dungeon in the basement and buying mail order nipple clamps, just that you either like to take direction or to give it. For the most part, men like to be the dominant one.

Live sex in your living room

The biggest sex cam sites on the Web are huge, with the market leader claiming to control 2.5 percent of all Internet activity at any one time—and more coming online each day.

One of the newest players in this adult chat game is charmingly called FapShows. The girls are there 24 hours a day chatting for free but wanting you to pay for a private session. Given that most men can usually reach the point of no return in under 10 minutes, this gives the potential of a very high turnover of clients. There’s money to be made by the right models working for the right studios. Most of the FapShows girls earn enough that it is their only source of income and can pick and choose the hours they work. It can be a lucrative career choice.

The science of sex

It’s also an exceedingly difficult subject to get funding for. Given than a great deal of money for scientific research comes from and stays in America, a country arguably fixated with outdated and unworkable moral concepts, funding choices are highly political. In addition, we as a culture are very private when it comes to talking about what we like to do in bed, which makes academic research often challenging. The idea of listening to a talk on trends in bukakke viewing is not everyone’s idea of an hour well spent, but a further look into our porn habits is necessary to demystify what we like in bed and why.

This piece originally appeared on the Good Men Project and was reposted with permission.

Photo via OakleyFoxtrot/Flickr (CC BY 2.0)