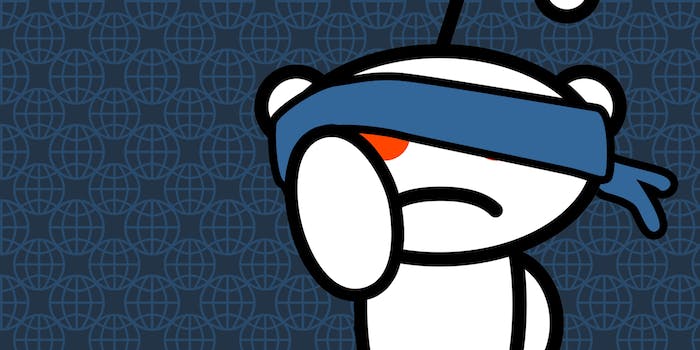 How is it that we know everything about Serial from the subreddit, and not from the podcast itself?

I listened to the final episode of Serial last night, on a plane back home from a vacation. When it was over, my boyfriend, who was also listening to the episode, asked me what I’d thought about it.

“It was…OK,” I said. “To be honest, I don’t feel like I’ve learned anything new about the case.”

“What about that there was another serial killer targeting Asian women in the Baltimore area?” he asked. “That seems pretty huge.”

“What about Adnan’s alibi from his mosque youth leader, that he was at the mosque the night of the murder?” he said.

We went on like this for some time, until a lady a few rows ahead of us came to our seats. “Are you guys talking about Serial?” she asked.

“Yeah,” I said. “I was just saying I’d heard about this serial killer guy a few weeks ago on Reddit.”

This woman and myself were both Serial devotees, the types of hardcore fans you’ve tried to avoid at parties for fear of getting roped into a discussion about the Nisha Call, or forced to listen to an impression of the Italian “Use-a MailChimp” guy. But for us hardcore Serial fans, who’ve spent hours blearily scrolling through r/Serialpodcast and listening to podcasts about the podcast and getting into GChat arguments with work colleagues about the Innocence Project lady, the Serial finale was hugely disappointing. Not because it failed to reach any resolution about the case, as many fans featured, because even worse, it was just boring. Thanks to Reddit, it was all old news.

A lot of Serial purists who’ve avoided spoilers and late-night “Jen Pusateri” Google searches like the plague would say this is our own fault—that our endless quest for more knowledge about the case, rather than relying solely on Sarah Koenig’s reporting, ultimately ruined the Serial listening experience. But I disagree. I don’t think learning more about Serial from the vantage point of sources other than Serial itself reflects poorly on the patience of Serial fans. I think it reflects poorly on Serial, and on the current state of journalism in general.

I am not the only person to express concern about Serial and its relationship to the Serial fan universe at large, from the subreddit to the podcasts to swapping fan theories with strangers on Twitter. A lot has been written about why fans are so invested in solving the central crime of Serial, mostly in the vein of concern-trolling think pieces that crowdsourcing murder mysteries will put real criminal investigations at risk. Now that there’s an actual crowdsourcing campaign on Indiegogo to fund the investigation into Adnan’s case, it seems like we’re closer to this becoming reality.

Others (including myself) have argued that the cultlike obsession with and impulse to memeify Serial minimizes the real impact Lee’s murder has had on people’s lives, or that wildly speculating on alternative theories of the case as if they were True Detective fan theories will ultimately put those involved at risk. We saw this on the subreddit twice: Once, when a link to Jay’s Facebook started floating around, in violation of Reddit’s rules about posting personal information; and again, when a man claiming to be Hae-Min Lee’s brother pled with listeners to see the case as “real life,” rather than “another CSI episode.”

But what hasn’t been said about the Serial subreddit—and, frankly, about Reddit in general—is that people are doing some pretty great reporting and research on there—maybe not by Columbia Journalism Review standards, but certainly by the standards of the podcast itself, if the overlap between the two is any indication.

Take the threads devoted to convicted serial killer Ronald Lee Moore, whose DNA linked him to the the 1999 murder of Baltimore-area woman Anneliese Hyang Suk Lee. Serial listeners only heard about Moore during the finale, when Innocence Project representative Deirdre Enright told Koenig that her team wanted to analyze DNA on Lee’s body to see if it matched that of Moore.

While this was potentially a game-changer for casual Serial listeners, it wasn’t so much of a bombshell to longtime r/Serialpodcast lurkers. Moore’s name had actually been floating around on Reddit for at least a month prior to the airing of the finale:

Ronald Lee Moore: He was arrested many times and on the FBI most wanted list. His DNA has recently been found on saved samples from the Dec 1999 murder of Annelise Hyang Suk Lee (also in the Baltimore area). Cause of death: blunt force trauma and strangulation.
The timing (very near Hae’s) and the cause of death do seem suspicious.
If they can still test DNA samples in Hae’s case it would be interesting to see if anyone know to police like this for similar crimes comes up.

Same with Roy Davis, a.k.a. the “Woodlawn Strangler,” who was convicted of strangling a woman named Jada Danita Lambert in northeast Baltimore in 1998, and was living six miles away from Woodlawn High School at the time of Hae’s death. Koenig never mentioned Davis on Serial, but the Slate Serial Spoiler podcast has (as has the Daily Dot), and someone on the subreddit did more than a month ago:

Here’s what I found today… and wondered if anyone else had noticed this..
An 18 year old girl from Woodlawn was killed in May 1998, just 6 months before Hae went missing. The same method of strangulation was used and also the body was taken to a local park by a stream, as per Hae’s murder.http://articles.baltimoresun.com/2004-07-27/news/0407270054_1_lambert-dna-davis

Of course, we have no way of knowing whether Koenig knew anything about these men, either from Reddit or from another source, and just chose not to report on them. (Koenig herself has said she does not follow the subreddit, though she told the New York Times her staff does.) Further, it goes without saying that the idea that Davis and Moore had anything to do with Hae’s murder is nothing more than speculation. But speculation surrounding Moore’s role in the case was apparently compelling enough for Koenig to report on it—weeks after a handful of anonymous sleuths on an online forum had made the connection.

Same goes for the now-Reddit infamous “Adnan is a psychopath” thread, where someone claiming to be a childhood friend of Adnan’s alleged that he had seen Adnan steal money from the collection plate at the mosque. While not directly related to the murder allegations against Adnan, the post was intended to cast doubt on Koenig’s testimonies of Adnan’s sterling character.

Fast-forward to Episode 11, “Rumors,” where Koenig addresses the mosque allegations and gets Adnan himself to confess to them. Although Koenig interviews a number of people about these allegations, which she claims to have “heard” from a few ambiguous sources, she fails to mention that thousands of other people had “heard” this about Adnan weeks before, on the Serial subreddit.

This is not to say that Reddit is inherently reliable, or that the armchair sleuths on Reddit are better reporters than Koenig is; obviously, it isn’t, and they aren’t. Many of the rumors and allegations floating around the Serial sub-reddit are unsubstantiated and impossible to verify (for instance, the anonymous OP of the mosque accusations wasn’t verified on Reddit), and due to the anonymous nature of the Internet, it’s much harder to determine if someone is telling the truth about who they say they are than it is for a reporter like Koenig to do the same.

But the fact that verifiable allegations, plausible alternative theories about the case, and verifiable first-hand testimonies from people close to the case surfaced on Reddit before the Serial podcast says a lot about Reddit’s role in this particular story—namely, that it’s a lot larger than I think Koenig would care to admit—and the value of crowdsourced journalism in general.

Sure, Koenig and her team are professionals, and they have a lot of reporting resources that keyboard sleuths don’t have access to, such as primary sources and court documents. But when you look at the reporting they’ve done on the Syed case side-by-side with the reporting Reddit has done in aggregate, there’s an awful lot of overlap—enough, I think, to embarrass Koenig and her team.

Reddit’s role in investigating the Syed case is particularly noteworthy in light of how much Reddit has been supplanting traditional journalism in other ways as well. Despite the mistakes amateur Reddit investigators have made in the past, such as its witchhunts of the Boston marathon bomber, Reddit is a reliable source for viral content, with Buzzfeed and Gawker and even this website regularly scouring the aggregator for news content. (It’s not for nothing that Clickhole ran a post with the headline, “These Reddit Users Came Together To Create Content For Websites In Need.”) If you work in media, you know that journalists are oftentimes not the people breaking trending stories; it’s anonymous Redditors duly credited with hyperlinked hat tips at the bottom of the page, if they’re even being credited for their work at all.

We can click our tongues about the dangers of crowdsourcing murder investigations and cluck and crow about the value of hard-hitting journalism over pets-greeting-their-owners-coming-home-from-war clickbait all we want. But the truth is, news reporters are not the ones bringing you all the news. It’s people like you, sitting at your laptop, cracking your knuckles, and doing a few keystrokes of clever Googling.

As a journalist, what the Serial podcast taught me is that Reddit hasn’t just been a goldmine for digital clickbait journalism; it’s supplanting the reporting of even talented veteran investigative journalists like Sarah Koenig as well. That’s a great thing for armchair sleuths and diehard Serial devotees, and probably not such a great thing for traditional journalism.  But it does mean that stories like Serial are no longer just about Adnan or Adnan and Hae and Jay or even Adnan and Hae and Jay and Sarah Koenig. They’re about all of us.

Photo via The Daily Dot