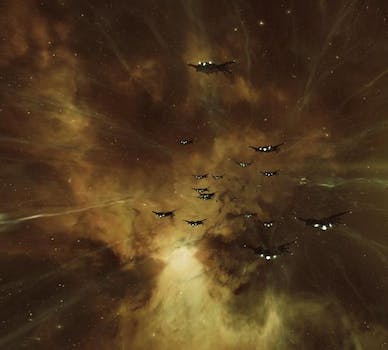 A U.S. official killed in an attack on the American consulate in Libya messaged an Eve Online gamer shortly before his death.

(12:54:09 PM) vile_rat: assuming we don’t die tonight. We saw one of our ‘police’ that guard the compound taking pictures

Eve is a multiplayer online role-playing game where users create and pilot ships through space. Users can visit other planets, trade with other users, or engage in battle. The game has more than 400,000 subscribers.

Gianturco paid respects to Smith in a lengthy blog post where he praised his Eve accomplishments and explained how the two met.

“I’m clearly in shock as I write this as everything is buzzing around my head funnily and I feel kind of dead inside,” Gianturco wrote.

“I’m not sure if this is how I’m supposed to react to my friend being killed by a mob in a post-revolutionary Libya, but it’s pretty awful and Sean was a great guy and he was a goddamned master at this game we all play.”

The reason behind the attack is still under investigation, but the U.S. government believes it might have been related to a American flag burning demonstration in Cairo.

Sometime Tuesday evening protesters climbed the wall of the U.S. embassy in Cairo, “entered its outer grounds, pulled down an American flag, then tried to burn it outside the embassy walls, according to witnesses,” The Washington Post reported.

This protest was in response to an amateur film made by American Sam Bacile, depicting the Prophet Muhammad as “a buffoon, a womanizer, a homosexual, a child molester and a greedy, bloodthirsty thug,” according to the New York Times.

The U.S. has dispatched the Marines to Libya to help reinforce security in the area.

“We condemn this vicious and violent attack that took their lives, which they had committed to helping the Libyan people reach for a better future,” Secretary of State Hillary Clinton said in a statement.