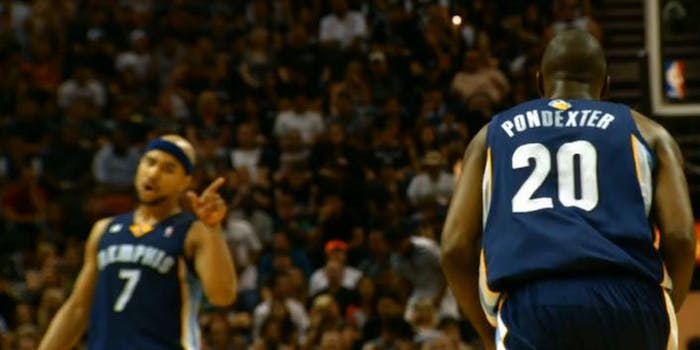 Memphis Grizzlies player Quincy Pondexter is making some plans for the offseason.

Picture the scene: You’re an NBA player. Your season is over. You’re single. What else would you do but try to land a date with your state’s beauty queen?

Let’s wind back a bit. Pondexter’s season ended this week after his team was swept by the San Antonio Spurs in the Western Conference Finals. On Wednesday afternoon, Pondexter, 25, asked a simple question.

Who won Miss Tennessee this year?

He made it clear that he was looking for a girlfriend with the Grizzlies’ season at a close. A few hours later, Chandler Lawson, the reigning Miss Tennessee and an apparent Grizzlies fan, replied to his plea.

“@jon_roser: Man there is nothing funnier than @quincypondexter mackin on @misstn2012 on twitter” I’m lovin’ it! And yes, totally single!

@quincypondexter you got it! We’ve got an audience waiting apparently!

I guess “Single? Lol” and “Date? Lol” is enough to win a beauty queen’s interest when you’re one of the top offensive performers on an NBA playoff team and have a $2.2 million salary lined up.