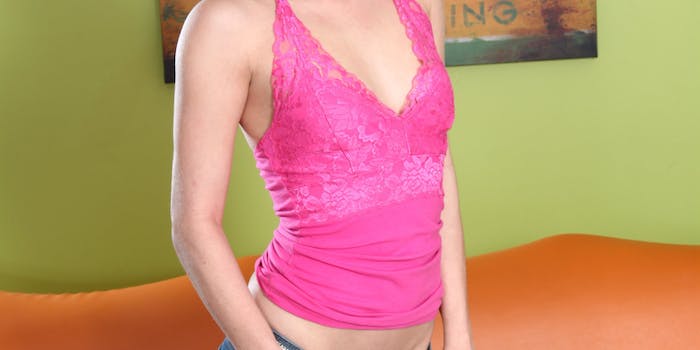 All the pieces have, amazingly, had fallen into place.

Except two: his high school principal and the district superintendent.

“They don’t want her to come because of who she is,” Stone told the Daily Dot this afternoon after speaking with his principal. “But all the students at my school are with me and want to help me get her there.”

Wednesday afternoon District Superintendent Patty Phillips released a statement saying that Stone’s “prom date will not be allowed to attend the Tartan prom as her attendance would be prohibited under Tartan’s standard prom procedures and would be inconsistent with two school district policies.”

“I was at my house in Los Angeles, Calif., when my roommate came in and mentioned something about the kid on Reddit and how they thought it was funny,” Piper told the Daily Dot.

“I’ve always been a sucker for a Happily Ever After, and I thought this would be a perfect opportunity to make this kid’s dream of a prom date. I just couldn’t say no.”

Piper accepted Stone’s request about a day ago on Twitter but said she couldn’t afford to fly out to Oakdale. Stone sympathized with Piper and immediately started asking people for money on Twitter and Facebook. But now it seems he doesn’t have to worry because earlier today Piper received an email from travel agency Travgroup offering to pay for her trip.

“We sympathize with the kid in search of a great prom experience and would love to help out,” Travgroup wrote in its email to Piper. “Confirm with Mike and let’s move forward with setting up the flights.”

(We confirmed that Travgroup is indeed a real travel agency and did, in fact, make the offer.)

Piper, who started working in the adult film industry in August, was ecstatic—not just for Stone, but for herself as well.

“Looking back, I really wish I had gone to my prom and the idea of being Mike’s ‘dream date,’ and finally having my own prom experience sounded like it would be a special night for both of us!”

We called the principal directly Wednesday morning but have not heard back.

Stone’s story has grabbed America’s attention. Over the past 24 hours he has received interview requests from Dateline, Good Morning America, and a handful of radio stations around Minnesota. He’s even got his own Twitter hashtag, #porn4prom and random people are tweeting out their support of him.  (The tag has collected more than 150 mentions).

The whole situation has been a lot to handle for his mom, but she has come to terms with it all.

“I support my son 100 percent. Yes, I was in shock when I first found out but I got over it. It was already done and over with. There was nothing I could do about it. And he needs his story to be known—that he asked all these girls at his high school and they said no. They were just being mean to him, like kids are these days. He did something creative that nobody else had the courage to do.”

Despite being told he can’t bring his date to prom, Stone is not giving up. Far from it.

“I’m just trying to get around everything and get into the prom with my date,” he said.