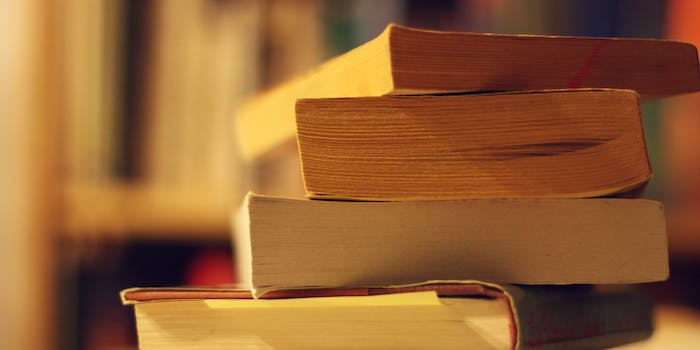 PETA’s chart turns into a nerdy meme about language

What about anti-book language??

Yesterday, a chart shared on Twitter by People for the Ethical Treatment of Animals (PETA) was thoroughly mocked for imploring people to use animal-friendly language in popular idioms. One of the items on the chart suggested that people say “feed two birds with one scone” instead of “kill two birds with one stone.” Another revision? “Bring home the bagels” instead of “bring home the bacon.”

“Words matter, and as our understanding of social justice evolves, our language evolves along with it. Here’s how to remove speciesism from your daily conversations,” PETA wrote in the tweet that included the chart.

PETA likely knew what it was doing in sharing the chart; the organization’s ads seem designed to attract attention, whether it’s positive or negative. But PETA apparently forgot the golden rule of sharing an image of a chart or a sign on Twitter: People will meme it. Over the last day, parodies of PETA’s “anti-animal language” chart have popped up on the site.

Here’s the original version, for reference:

Words matter, and as our understanding of social justice evolves, our language evolves along with it. Here’s how to remove speciesism from your daily conversations. pic.twitter.com/o67EbBA7H4

Here’s a meme of the chart, which suggests people say “hydrated, comfortable dog” instead of “hot dog” and “all cats are immortal” instead of “Cats have nine lives”:

i mean this getting to be a lot pic.twitter.com/tS9haMY0WG

Okay, this one is fair pic.twitter.com/WZ0qVPo7zv

Why stop at expressions involving animals, though? What about books?

Just as it became unacceptable to use racist, homophobic, or ableist language, phrases that trivialise cruelty to books will vanish as more people appreciate books for what they are. pic.twitter.com/PDDdmgyO8o

This chart mocks the War on Christmas Language:

PETA doesn’t seem to mind all the jokes about its chart. The organization changed its display name to “PETA: Bringing Home the Bagels Since 1980.” Well, at least PETA is self-aware.