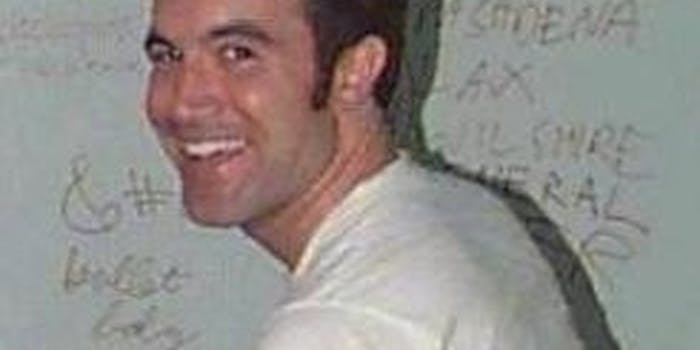 Myspace Tom gives a Twitter follower $580M worth of haterade

Anderson, one of the founders of Myspace, was casually tweeting about Instagram’s new terms of service Wednesday evening, telling followers not to worry. That’s when a follower chose to mix it up with him. 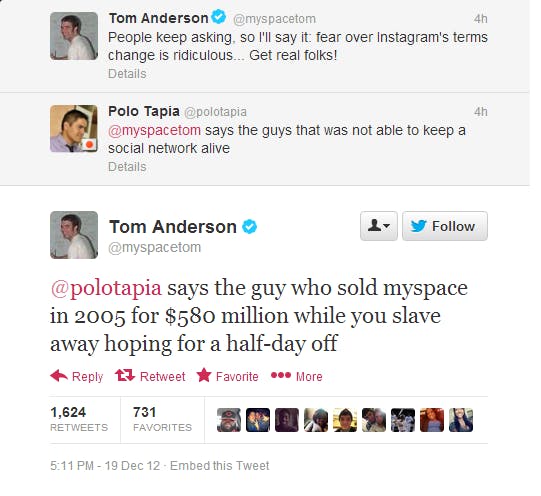 @polotapia was sent comments such as “you got ooooooowwwwwwwwned by myspace tom ahahahahahahahhahahahhahahahahah” and “dude you got dissed the fuck out by @myspacetom ahahaha.” Probably shouldn’t come as much of a surprise that he deleted his account rather than having to deal with messages like that.

Meanwhile, as others were talking about Anderson replacing his famous Myspace profile photo (as the default first friend for early Myspace users, his face is familiar to hundreds of millions of people) with a new one from his quality Instagram feed, he hit back at another follower: 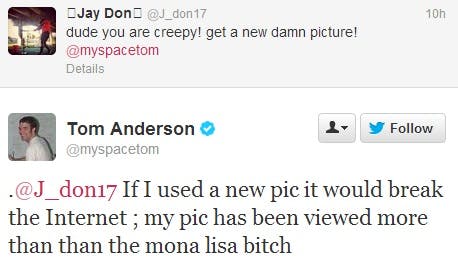 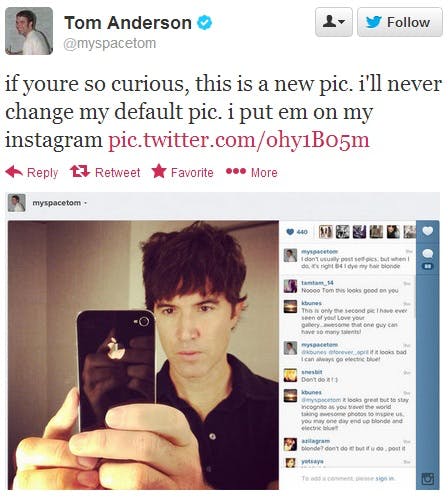