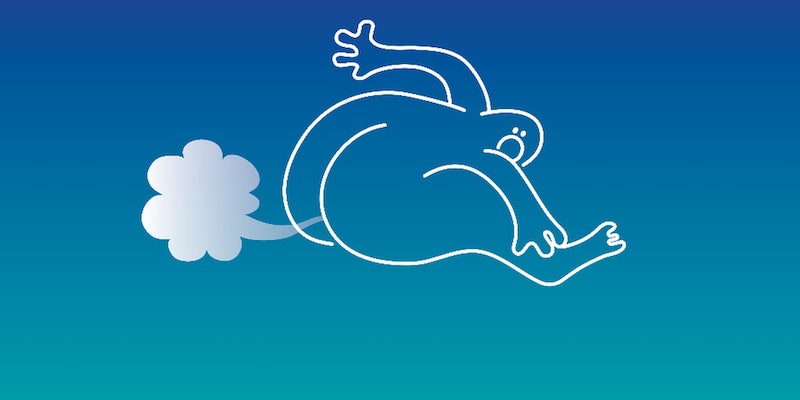 When my parents told me they were becoming iOS developers, I was skeptical. But now I couldn’t be prouder.

When my mom and dad first told me they were building an iPhone app, I was supportive but skeptical. My parents, 58 and 62, weren’t developers or techies; they use 2005-era flip phones instead of iPhones. But now I’m holding their work in my hand, and I couldn’t be prouder.

My dad, Mike Fleishman, is an illustrator and teacher. When I was a kid, he taught my brother and me our ABCs by sketching each letter as a cartoon butt. He called the series “AlphaButts,” and the paper hung proudly on a bulletin board in his office for the next two decades.

Now AlphaButts is an app—My Little AlphaButts, an iOS 7 game for kids aged 4 and up. It “reinforces letter shapes with humorous illustrations and hilarious back-end body sounds,” according to the App Store.

That’s the Apple-friendly way of saying the game is loaded with fart noises. 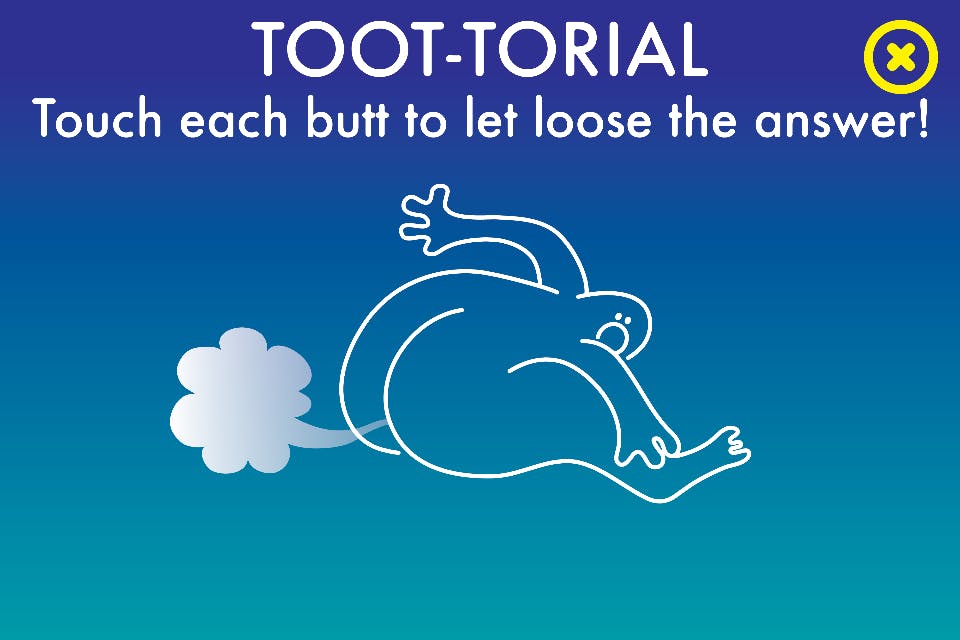 Then you get to the first screen. A cartoon of a naked guy shaped like an A is holding an apple. “What is this letter?” my mom asks.

It’s an A. You click the butt. Colorful gas—along with a really lovely sound—comes out in the shape of a lowercase a.

It’s actually a wonder my parents were able to publish My Little AlphaButts. Fart apps have been barred from the App Store since 2010. You can still download a few of them—my girlfriend has a game called Fart Boy Jump she plays to bug me when I’m working from home—but for the most part, Apple’s game roster has been gas-free.

My parents didn’t know that. 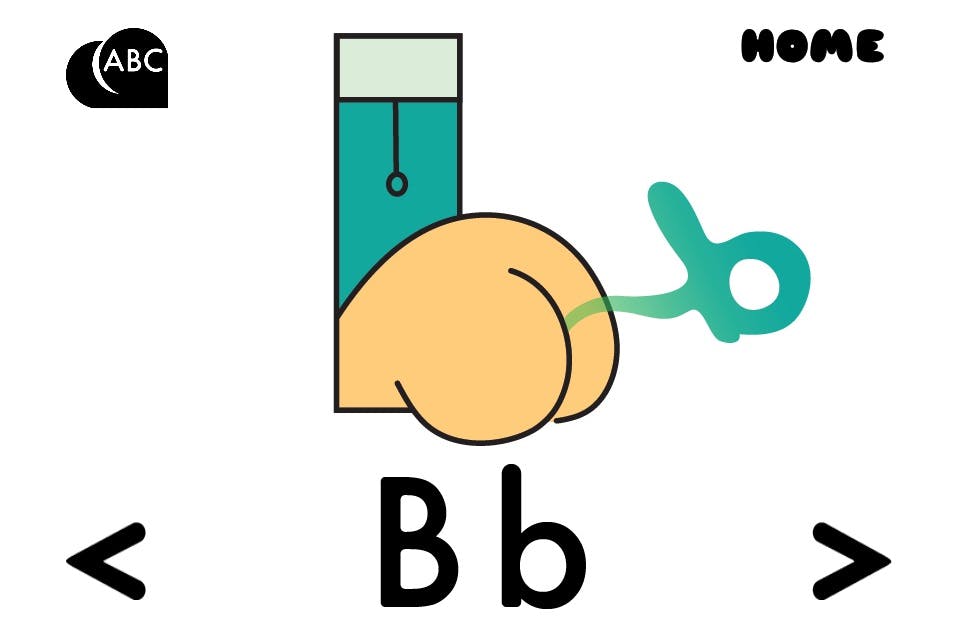 Initially, My Little AlphaButts was rejected from the App Store. My mom spoke on the phone with an Apple rep named Richard, who told her it was inappropriate for the age group (4 and up).

“What do you mean?” she asked.

“But they’re cartoon butts,” she protested.

Richard admitted that the butts “complement the letter forms.” He could see how the game could be educational, he said. He informed my mom that he’d get back to her.

My parents formed a contingency plan. They agreed they could do without the Fart-o-Matic, a bonus feature that lets you play all the fart sounds one at a time (to “create your own gassy tunes,” says my mom). They figured they could substitute different, less flatulent sounds—a whistle, a train—for the Whoopee Cushion noises.

Mom and Dad never got a call back, but the next morning, they got the verification email. My Little AlphaButts was published as-is, available in the App Store for $0.99, recommended for the youngest age group—just as they had intended.

“I’m surprised this got through the App Store actually,” says Steve Kovach, senior tech editor at Business Insider. “I think this is probably inappropriate for really young kids, mostly because it shows bare butts.” Here’s a clip of my dad and my brother, Max, working on the game. I loved the video so much I made a GIF of it.

My dad loves being an app developer. He’s been a freelance illustrator for so long he literally wrote the book on it, but the job market has changed in the past 10 years. He and his colleagues have tried, with varying success, to expand their talents and “become entrepreneurs,” to “look at things differently, to try things they haven’t thought about.”

For my dad, iPhone apps are a way to get his drawings to a new audience. “I’m seeing some wonderful apps taking illustration in a different direction,” he says. IOS apps can be another vehicle for artists to tell their stories, to share their work.

The whole process took my parents about eight months, but they had been sitting on the idea for years. Their original plan was to make AlphaButts a book, but a children’s publisher told them it was inappropriate. They never gave up on it. My mom, Joanne Caputo, who’s worked in both TV and film, says they were inspired by episodes of Chappelle’s Show to see it through.

Like my parents, the comedian Dave Chappelle resides in the village of Yellow Springs, Ohio. “We’re big fans,” my mom says. “But I realized years ago that we really laughed hardest at his bathroom humor.”

Dad agrees: “I’ve thought AlphaButts was hilarious since I first drew it up for you. But the technology to really do it the way I wanted didn’t exist until relatively recently.”

When the iPhone came out, everything clicked. My Little AlphaButts “is dedicated to those who stood behind us all these years,” says my dad.

At first, my parents intended to program AlphaButts themselves, but they found Peiqian Li instead. A classmate of my brother’s at Wittenberg University, Li had recently programmed a music professor’s app. He was headed to Columbia University for a dual degree, but Li agreed to handle the technical aspects for my parents. (“They made everything easy for me,” Li says.) 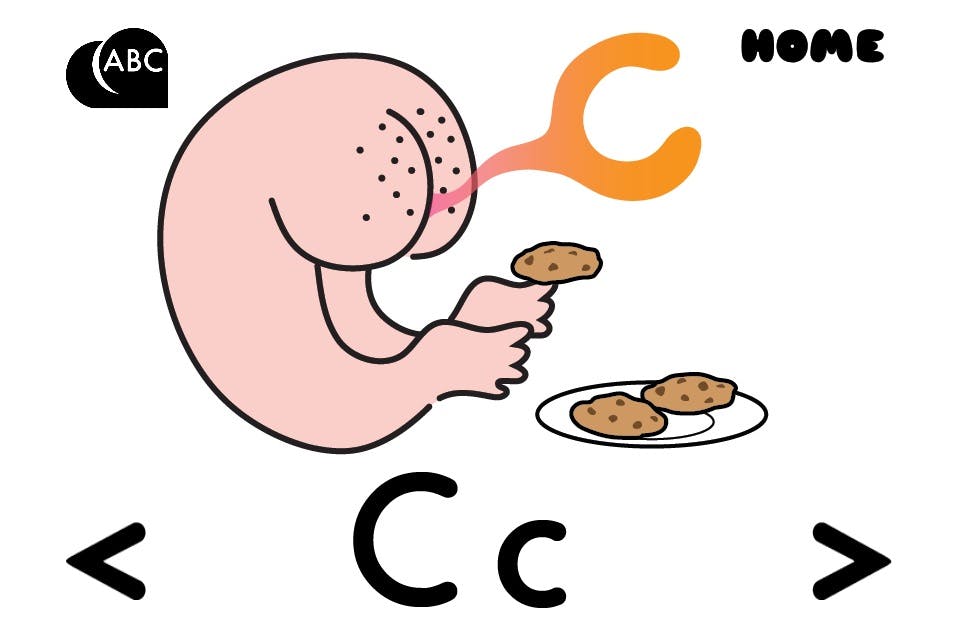 My dad, mom, and brother collaborated on the design, creating the slides in Adobe Illustrator. “Mom was convinced there should be added value with all the little things,” my dad says. “The letter A has an apple now. We were very anal”—no pun intended, I’m sure—“about the graphic design end of it, the illustration end of it.”

“Talking about butt illustrations with your parents is something else entirely,” Max says. “I wish we recorded all the times we seriously discussed the shape of a particular cheek.”

They recorded the fart sounds at a professional recording studio called SoundSpace in Yellow Springs, Ohio. They used a Whoopee Cushion (see below)—none of the sound effects are real. But before the recording session, they “floated around the idea that we could just do it manually,” my dad says. “But I don’t know anybody who can fart on command.” They also worried about damaging microphones.

He downloaded a couple free fart apps and found the sounds “artificial.” With the Whoopee Cushion, they were able to record at least 28 distinct sounds. “Blow against your wrist and your arm and you can get a good fart sound too. We tried to be selective about our farts.” 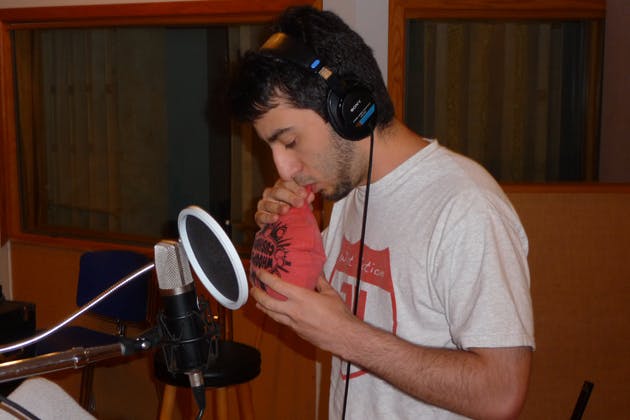 There’s a Spanish-language version of My Little AlphaButts. The voice is provided by Benny Vazquez, the manager at my family’s local U.S. Bank branch.

You’ll hear kids’ voices throughout the app as well. Those are the neighborhood rugrats, two boys and two girls, all between 5 and 10 years old.

What do they think? Did the girls, in second and fourth grade, have fun with it? You bet, but not as much as the boys did.

“I like farts, they’re fun,” the 9-year-old who lives across the street told my folks. “But I’m a little too old for this.”

“We’re shooting for younger users,” around age 4, my parents tell me. “That’s who we thought would love it.”

“Or men over 90,” adds my mom. “The older I get, the more I appreciate laughing, so I’m proud to have made something that lets it rip.”

Talking to them, it’s clear how proud they are—not just of the app itself, but of the fact that they, two older adults, have entered the tech world. They defied expectations. “For people of my age,” says my mom, “tech can be a moving train we just don’t want to jump on.”

Here’s where I ask the tough question: What if it just doesn’t sell? Will all the work, time, and money still have been worth it?

For my dad, it’s been a labor of love, a family affair—“and the opportunity to get to use every ass joke I’ve ever thought of in my life.”

“I’d love to make my fortune sitting here selling farts,” he says. “But even if it doesn’t sell, it was a hoot. The whole thing has been sweet. Even just seeing it on the Apple website… hilarious.

“All the planets were aligned,” he adds. “But I think they were actually aligned with Uranus, you know?”