Despite the social stigma surrounding the fandom for My Little Pony: Friendship Is Magic, you probably wouldn’t think being a brony is a matter of life and death.

It actually proved so harrowing for one young fan that after intense bullying from his classmates, he attempted suicide.

Last week, 11-year-old Michael Morones tried to hang himself in his North Carolina bedroom. He survived, but he suffered severe brain damage, and now he’s battling for his life. His family has turned to the brony community for help, creating a Facebook page and reaching out to brony sites like Equestria Daily.

Morones is unconscious and unable to breathe without assistance, and his doctors have reportedly predicted that if he wakes up, he will be blind. Meanwhile, a recovery fund set up to help defray Morones’s medical costs has raised over $40,000 since last Monday.

Morones’s stepfather, Shannon Suttle, told Everfree Network’s Final Draft podcast Sunday, “The outpouring of support, emotionally and spiritually, that we’ve gotten from everyone inside the brony community and other communities as well, and just all over, has been unbelievable.”

Morones fell in love with the world of My Little Pony: Friendship Is Magic after his favorite uncle introduced him to the series. Suttle told Everfree Network that Morones, who has ADHD, related to the hyperactive character of Pinkie Pie. “It was like watching himself around other people that accepted and appreciated the personality that he had,” Suttle said. 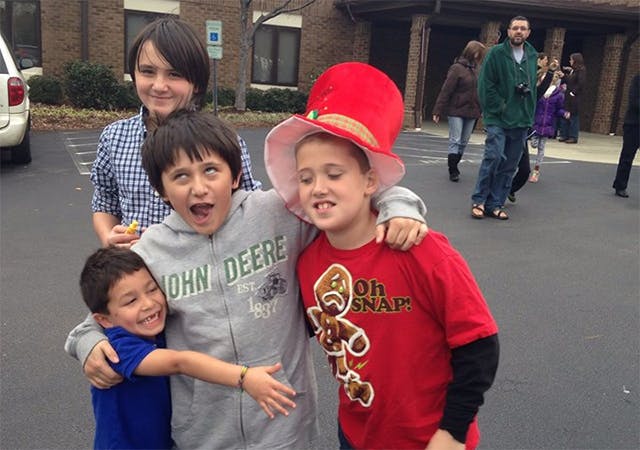 Suttle, a comic book fan and cosplayer himself, said that he’d never really thought of his stepson’s fandom as something strange. But socially, bronies have been marginalized and ridiculed for their fandom since adult male fans of the show began touting their love for it.

The community has responded with a pro-brony commercial, the first-ever PR campaign for a fandom, and a much-criticized documentary about male bronies—but the general perception that most bronies are overbearing, sexist men bent on perverting a children’s show has persisted. Recently one brony claimed to have lost his job after months of harassment from his coworkers. If adult men are getting the fan-shaming treatment, it’s hardly a stretch to see younger fans, particularly boys, incurring severe bullying because of their love for the show.

Suttle described the bullying as atypical because Morones did not show any of the typical signs that indicate someone was bullying him. Suttle said that the main bullying he received was the message that liking Friendship Is Magic “made him gay.”

“He wasn’t the one you see getting pushed in a corner. He wasn’t the one you see getting picked on by the same kids all the time,” Suttle said. A few weeks prior to the incident, Morones requested to stop going to the local Boys and Girls Club after school. He described Morones as being deeply religious and confused by the idea that other people wouldn’t want to hear about the things he loved.

“There is no user guide for a situation like this,” Suttle said. “Michael had a very impulsive moment where he thought that his life wasn’t worth living.”

The bronies have responded by flooding the family with support, but not all of the response has been uncritical. A now-deleted comment on a supportive Facebook post from Red Management, which represents numerous My Little Pony voice actors, accused the family of exaggerating the role the boy’s identity as a brony played in his depression.

Another area of criticism involves Equestria Daily’s decision to promote and support Morones’ cause just a few weeks after refusing to pay attention to the “drama” over bronies’ harassment of a female fan on Tumblr. The female fan, Tumblr user pinkiepony, allegedly attempted suicide after sustained harassment from bronies due to her successful crusade against a controversial but popular brony Tumblr that she felt promoted rape culture. After Tumblr user starsketcher unsuccessfully attempted to submit a previous Daily Dot article on the incident to ED, she declared the website hypocritical for its willingness to support a male brony who was suffering from bullying.

“Now I am all for helping out this poor kid out who’s too young to lose his life, but I am not for taking advantage of his situation just to make the fandom look like they are all a bunch of saints. … In the end, isn’t it a bit hypocritical to make a HUGE post to help this boy out who was bullied for being a brony when a few days earlier they refused to do the same for a girl who has also attempted suicide because she has been bullied by bronies?”

But it seems that a boy who falls within the show’s target audience is harder to ignore than a girl who actively, if unintentionally, antagonized its older demographic.

Morones’s family asked for the continued support of the brony community as they ready for the next phase of his medical treatment. A tracheotomy is scheduled for today, after which Morones will hopefully be ready to enter rehab, towards what will likely be a long and arduous road to recovery.

Hopefully, in Morones’s case, friendship—in this case the friendship of an entire community of fans—will prove to work magic, after all.