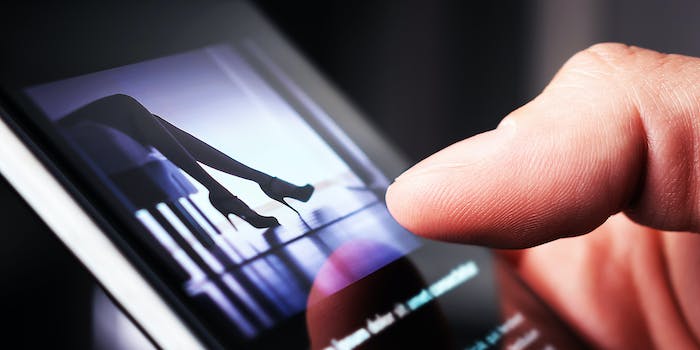 For those who aren’t familiar with Letterboxd, the platform allows users to keep track of movies they’ve watched, add star ratings and reviews, and create themed lists of recommendations. Popular among film buffs, it’s a great way to find aggregated opinions that generally aren’t written by professional critics—kind of like Goodreads. It’s also known for its endless supply of snarky and offbeat reaction posts, including the kind of bizarre reviews you find on the @InsaneLetterbox Twitter feed.

Replying to a question on Twitter, Letterboxd confirmed that a curated selection of adult movies will soon be added to its massive library. Right now, X-rated images are often pixellated on the site, but users will apparently have the option to un-pixellate adult movie posters if they wish.

At the moment Deep Throat (1972), one of the most famous adult movies of all time, is not listed on Letterboxd. Neither is Behind the Green Door (1972), although Andy Warhol’s Blue Movie (1969) and The Devil in Miss Jones (1973) are available to review on the site, attracting the same kind of analysis you’d see from other cult films of the period. This is the type of movie we can likely expect to see when Letterboxd expands its purview.