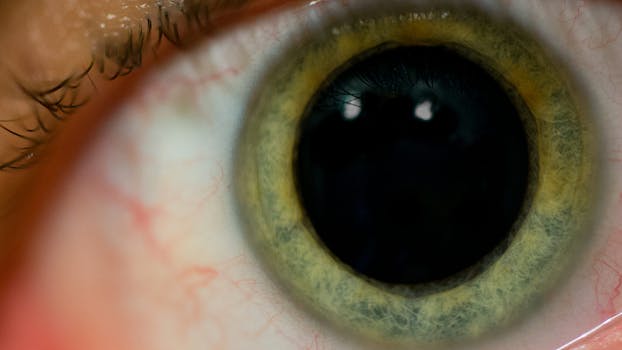 Ketamine is a hell of a drug.

Ketamine is a powerful drug. First discovered in 1962, it was used extensively as an anesthetic and pain reliever during the Vietnam War. The World Health Organization includes it on its list of “essential medicines,” which it defines as drugs that “satisfy the priority health care needs of the population.” Meaning it should be widely available and affordable.

Combine that with the fact that ketamine can produce hallucinations, and obviously, people are going to get their hands on the stuff and do it recreationally. Ketamine is well known as a “club drug” and it’s not difficult to obtain if you know who to ask.

Obviously, no one is recommending you do ketamine regardless of the circumstances, but since, along with hallucinations, it often causes elevated blood pressure and sweating, it’s probably an especially good idea to avoid it while doing things like working at a job you’d like to keep.

Writer Seamas O’Reilly (@shockproofbeats) was in a bad situation when he got called into work after taking ketamine for the very first time. As if that wasn’t bad enough, to add to the already surreal experience, he also ended up meeting the president of Ireland.

Got my days wrong and ended up alone in a room with my boss and the President of Ireland while I was on ketamine. https://t.co/gSjPY8WjKL

It’s as good a start to a story as any we’ve ever heard, and the rest of the epic Twitter thread doesn’t disappoint.

From the moment he decides to take the drug:

I was a fairly sheltered kid before college, and didn't even drink til I was well into my late teens, never smoked even. I was very green. So too, coincidentally, was the homebrew ketamine that said pal was making IN HIS OVEN when I arrived.

My pal had gotten it in liquid form and, for some reason, it had been dyed green – he has subsequently told me he thought it was a St Patrick's Day promotion, and I've always thought it a charming entrepreneurial flourish on the part of his enterprising ketamine wholesaler.

Anyway, for want of a better idea, I took him up on his offer of a line of this thick, vaguely slightly clumpy bright green powder, knowing I had nothing else to do for the evening. Felt nothing. Had a tiny further bump 10 mins later. It was at this point that my phone rang.

To him arriving at work to find out his job is to serve drinks to what he refers to as his “boss’s boss’s boss’s boss” and Mary McAleese, who at the time was president of Ireland:

By the time I reach work (twenty mins later) I am sweating like microwaved bread, eyes on hinges, convinced my fingernails owe me money. I have an overwelming urge to yawn, just to get the memories out WHEN in comes Dympna with the rota for the evening.

D: Thanks again, know it's short- oh, you look a bit hot and bothered, did you run here ha?"
Me: Hmnnnnnyes, I did – the dids is"
D: OK, just you tonight and the top man, he's showing the President what's going on for the next while"
[one beat]
Me: Sorr din you sez de presddyen?"

D: Yes, Mary McAleese is in to see this season's programme of events.
Me: Hmmnggg
D: All you need to do is stand in the corner and offer them drinks every fifteen minutes.
Me: Ahhh yesssshnshh
D: Maybe have a wash beforehand

As you can imagine, things don’t go super well.

By now, having been alone with my thoughts for the entire Cretaceous period, I am no longer mildly weird but deeply, extravagantly deranged. As the President of Ireland walks in, with my boss's boss's boss's boss, my first impulse is to greet them like I own the place.

I begin walking over to them and I move so abruptly that the glasses clink and they turn to look at me. I did this too fast. Now I'm thinking wooooah slow down there martina hingis, so I self-correct to a much slower speed. Watching my breath, nice and casual, you got this buddy.

I'm moving so slow my legs are cramping. I think they're wondering why it's taking me so long. It's way harder than walking at normal speed. I'm shaking so the drinks are making noise again. For what feels like minutes.

Anyway, I offer them the drinks and they say no.

Things only get worse from there. We won’t spoil the ending for you, but our hero is offered a clever way out of his embarrassment at the end. You’ll just have to read the entire thread yourself to see if he’s able to capitalize on it.

People loved the story, and the first tweet has already racked up nearly 17,000 retweets and almost 70,000 likes.

I’ve been sent this several times today across multiple mediums through various friends and family and began to read it with a sense of ‘Too much hype, I bet I won’t like it.” Two minutes later: Woke daughter up laughing, not even sorry.

This is perhaps the greatest story ever told, and it's not even finished yet…

Give this man a book deal now!

Obviously, it’s a great story, and superbly told, and if you’re jonesing for more don’t worry, seems like this guy is just getting started.

Wait til you hear about that time I took luudes with Idi Amin.