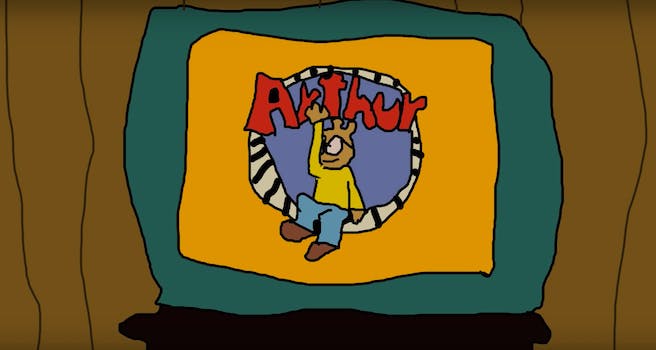 You've never seen 'Law and Order: SVU' like this before.

Dog Shirt is refining the shitpost. Launched in 2015, the YouTube channel has struck gold a year later with its Homemade Intros. With an attention to detail, a whole lot of patience, Windows Movie Maker, and MS Paint, the team of James Bedggood and Zach Berge have churned out dozens of hits.

This version of the Arthur theme pretty much says it all.

It’s also Bedggood’s favorite Homemade Intros offering and illustrates the bond he shares with Berge, who also happens to be his roommate.

“We recorded Zach singing while I was grabbing his face and pulling him away from the microphone,” Bedggood tells the Daily Dot. “And hearing that weird struggle is really funny to me. Zach’s favorite is The Nutshack because he ‘loves to rap.'”

“Dog Shirt started with a small group of friends when we made the Josh’s Corner episodes in 2015,” Bedggood continues. “Zach and I later began making the Homemade Intros during the summer with our friend Bennett Young, and now it has become just the two of us splitting the work fairly evenly.”

Outside of Dog Shirt, Bedggood and Berge have been collaborating for over seven years. The two are from a small county in southwestern Ontario and, though they now live together, their paths have deviated a bit. Bedggood’s took him to OCAD University, where he’s just wrapping up his last year studying digital animation. Berge studied comedy at Humber College’s Comedy: Writing and Performance program.

In a way, their pursuits with Dog Shirt are just a marrying of their professional lives. Berge is plugged into the Toronto comedy scene and performs around the city while Bedggood works on 3D animation—a technique undoubtedly more advanced than Dog Shirt’s current Homemade Intros process. Then again, they did do some rotoscoping for their Attack on Titan, OThe Office, and New Girl Homemade Intros.

Between its most recent, a frenetic homage to Phineas and Ferb and their initial Powerpuff Girls Homemade Intro, released in March, Dog Shirt has refined its process considerably. In fact, Bedggood says he’s eying 3D animation for the likes of Game of Thrones and Veggietales Homemade Intros, which he’s hoping to release around the holidays.

“When we starting making the intros, we didn’t really have a process, but now we have a more specific production pipeline, which allows us to have more time to think of and insert other elements,” Bedggood explains. “Now that Homemade Intros are a little more well known, viewers are already anticipating a crappy looking re-creation, so adding other jokes can give them something they’re not expecting.”

Hence the butchering of names and distorted audio in their Homemade Intros rendition of Parks and Recreation.

The shot-by-shot re-creations aren’t just meticulous, they’re actually really good. So, does that negate the idea of the shitpost itself? Bedggood begs to differ. He calls Homemade Intros artisan shitposts, given their handcrafted quality.

“We try to keep all of our shitposting energy safely locked away in our second channel, Dog Shit,” Bedggood jokes, referring to the over-the-top handful of videos that transcend parody. They’re too shitty to post on Dog Shirt but not shitty enough to send to a nice farm upstate.

Dog Shirt plans on continuing to put out a new Homemade Intro a week as well as returning to the series that started it all.

“We’re preparing to get back to our roots,” Bedggood explains. “We’re filming two Josh’s Corner episodes to be released around Christmas and Valentine’s Day. We’re also developing a Kickstarter for a short documentary which will follow Zach as he turns 22 and listens to the song ’22’ by Taylor Swift for 22 hours straight.”