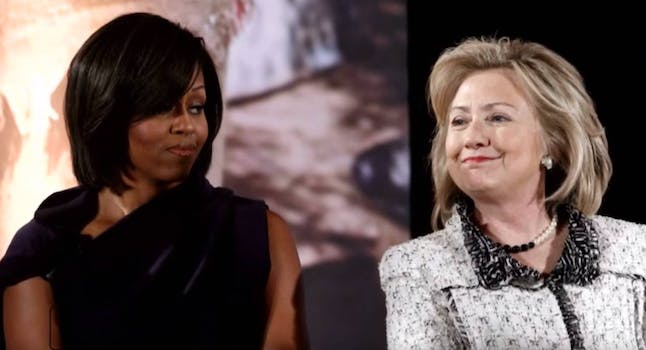 The two leading ladies are a hot topic of interest.

On the website, there are only three videos for each leading lady, one showing Clinton’s face Photoshopped onto a mystery woman’s body. The others, well, we will let you find out for yourself.

xHamster—which got record viewership in Cleveland during the Republican National Convention last week—announced it will “continue its coverage” after night 2 of the DNC, and one can only guess the search results when the convention is over later this week.