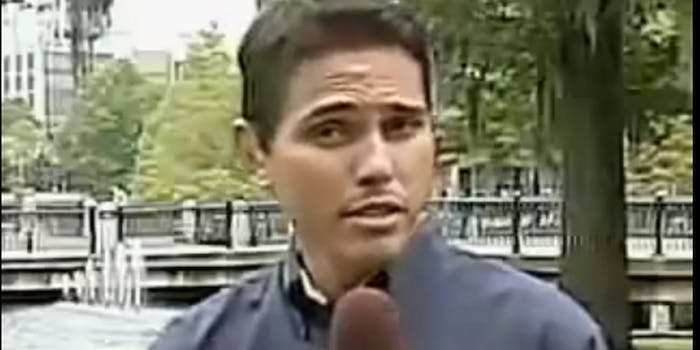 For Channel 9 news, Gustavo Almadovar will make you dance

Almadovar can’t help but swivel his head when signing off from his segments.

His name his Gustavo Almadovar, and he can’t help but swivel his head when telling you so.

Footage of the field reporter for Channel 9 in Central Florida went viral in February, when a viewer cut together a 38-second YouTube video of Almadovar sassily signing off on his segments.

Almadovar, 46, tosses back to the studio with the kind of non-human cadence of a TV reporter. It already sounded like the reporter was singing, and with the popularity of the Gregory Brothers’ AutoTune the News, it was only a matter of time before someone remixed it.

Then someone dropped the bass.

Almadovar actually left the station in 2008, so his online fame took a while to gestate. When the video was posted to Reddit, it took off. Now, people are really making Gustavo Almadovar sing. Listen at your own risk: This guy’s name will get stuck in your head.