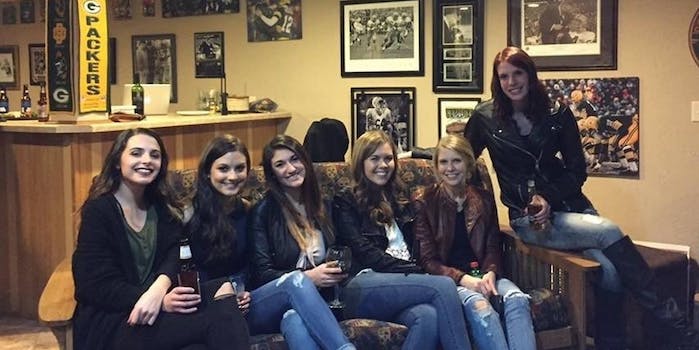 Can you find this woman’s legs?

Do the legs exist? Do I exist? Does any of this even matter??

If I could go back in time to stop the person who originally posted photos of The Dress and started this whole chain of internet nonsense, I would. But alas, here we are.

One Reddit post has recently struck internet optical illusion gold with the latest variation on this theme, the missing legs. “Find the middle girls (sic) legs,” the post challenges. And yes, the image is admittedly a bit of a puzzle. Go ahead, give it a try. 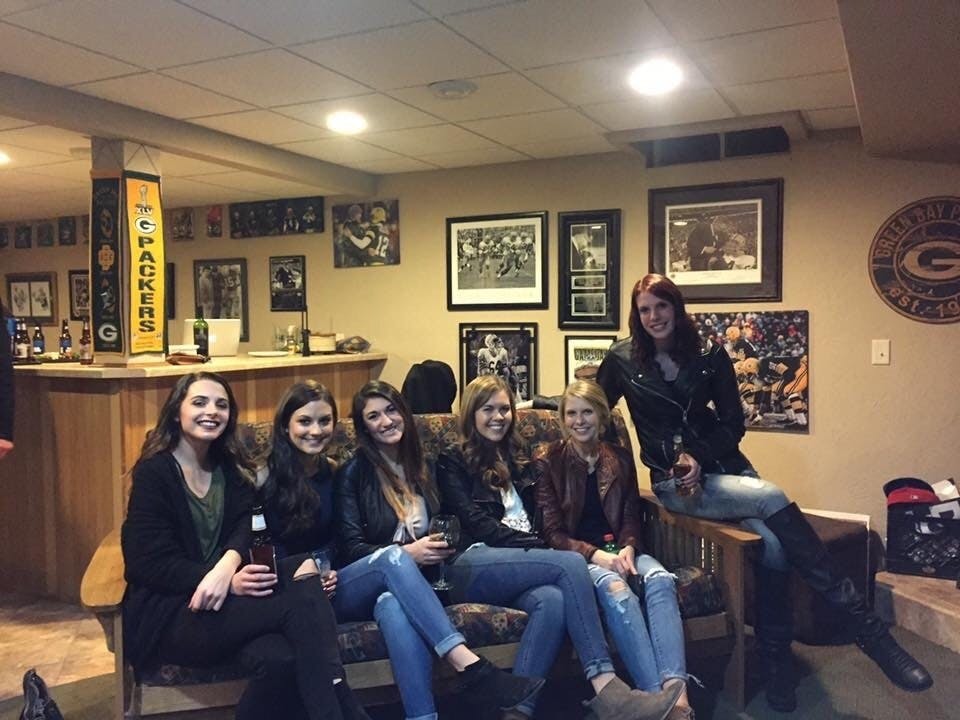 Here we see group of friends hanging out in a Green Bay Packers-themed den—six torsos, five pairs of legs, and zero clue as to where the third woman’s legs have gone, or how we go about finding them, or why anything Dress-related matters anymore if it’s only just a distraction from the crippling reality that eventually we must all face the slow, cold grip of death.

Some Reddit users legitimately tried to map out where the hell the middle woman’s legs had gone. This woman very well could have been born without legs, or had her legs removed, but Reddit’s investigators weren’t buying it.

In this explanation, the second woman on the left has two different colored pant legs (which do actually exist IRL). 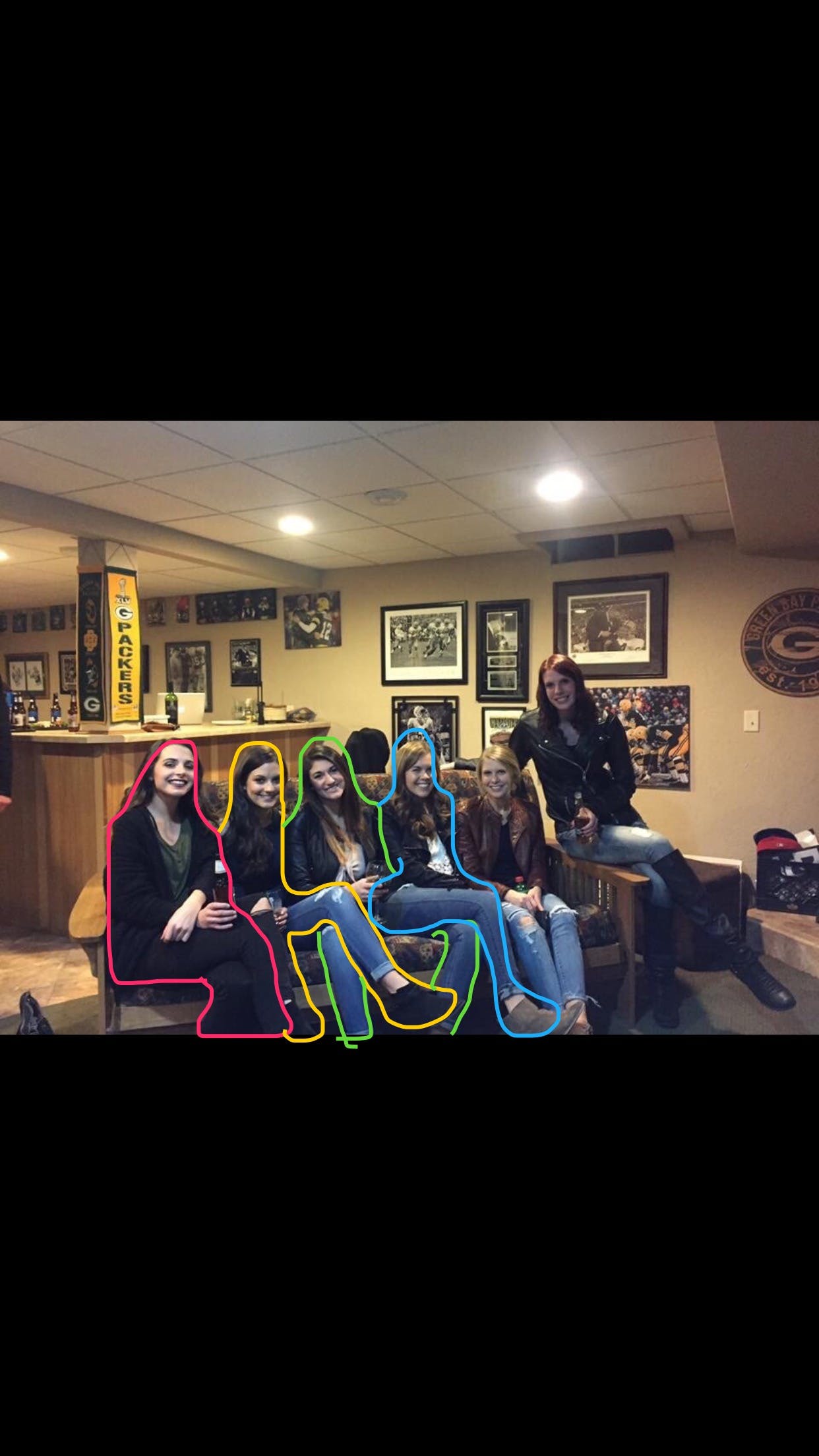 Then in this explanation, the woman in the middle is actually woman-spreading, and covering the legs of the woman on her right. 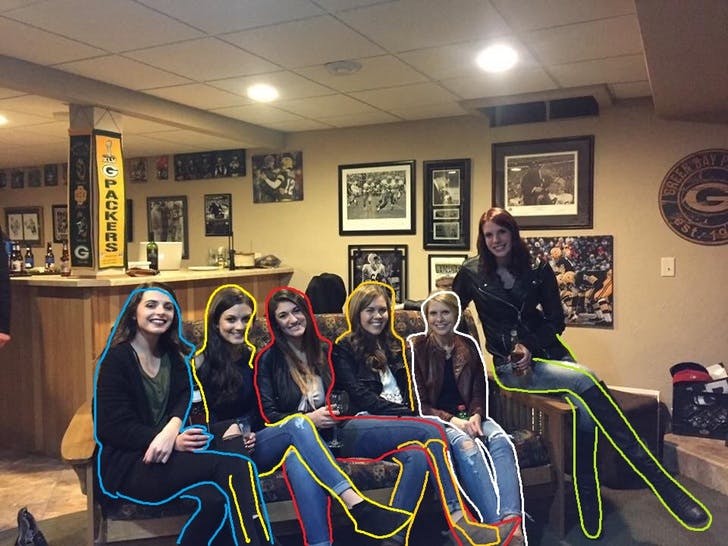 Some pranksters, however, just couldn’t help themselves with their own hypotheses. 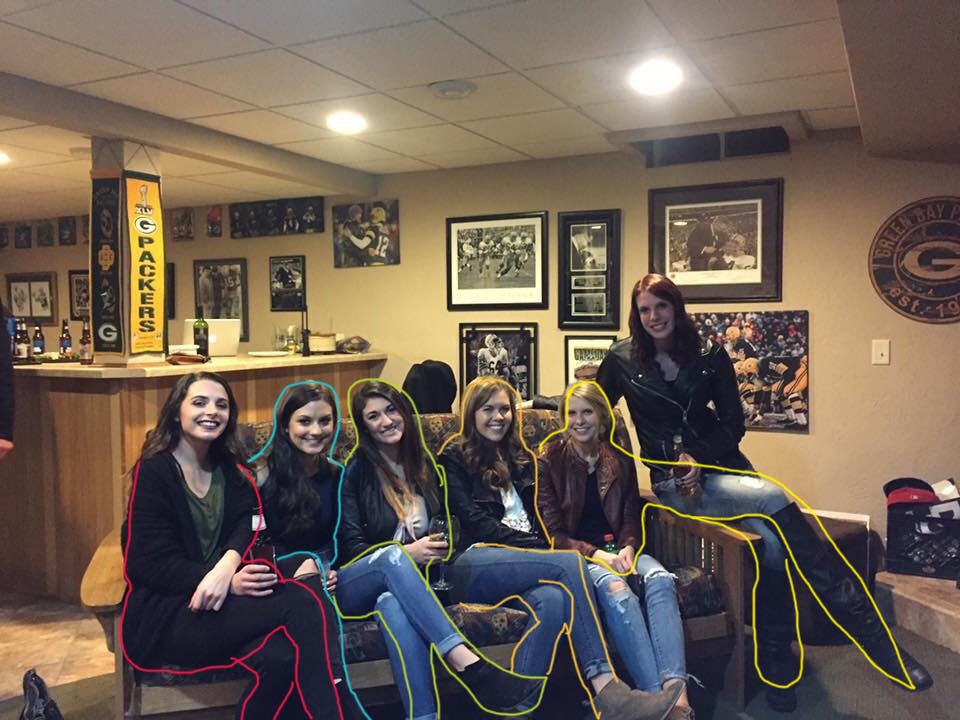 These poor, poor women—they did absolutely nothing to deserve the low-key trolling other than sit next to each other. 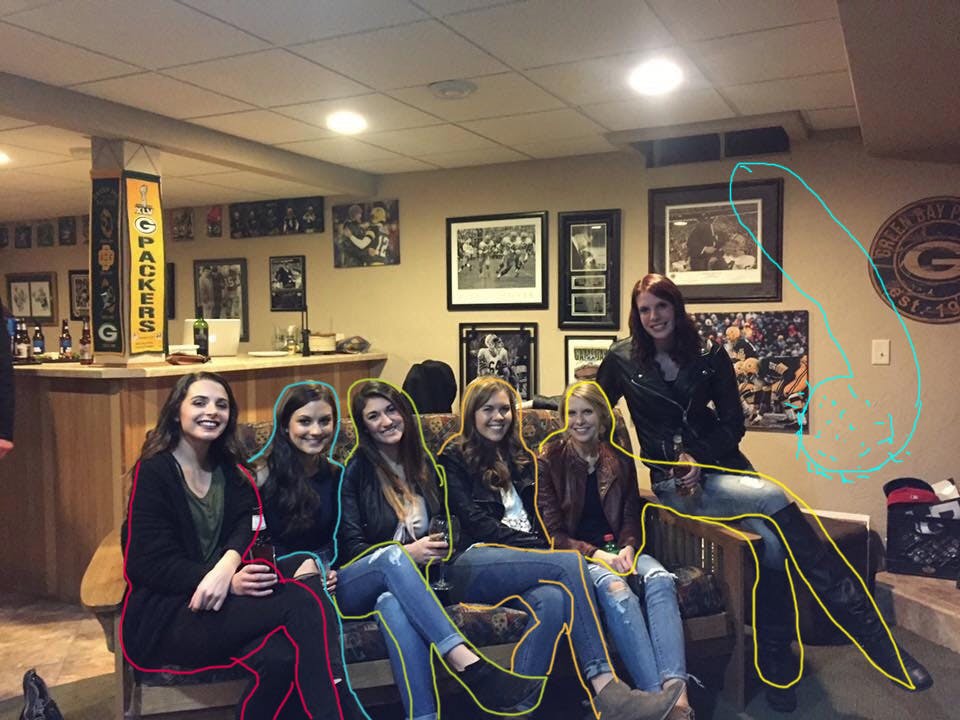 Ultimately, the prankster’s solution actually does solve the mystery—if you look closely, the legs of the second woman on the right are mostly hidden by the fact that she and the first woman are both wearing black pants. 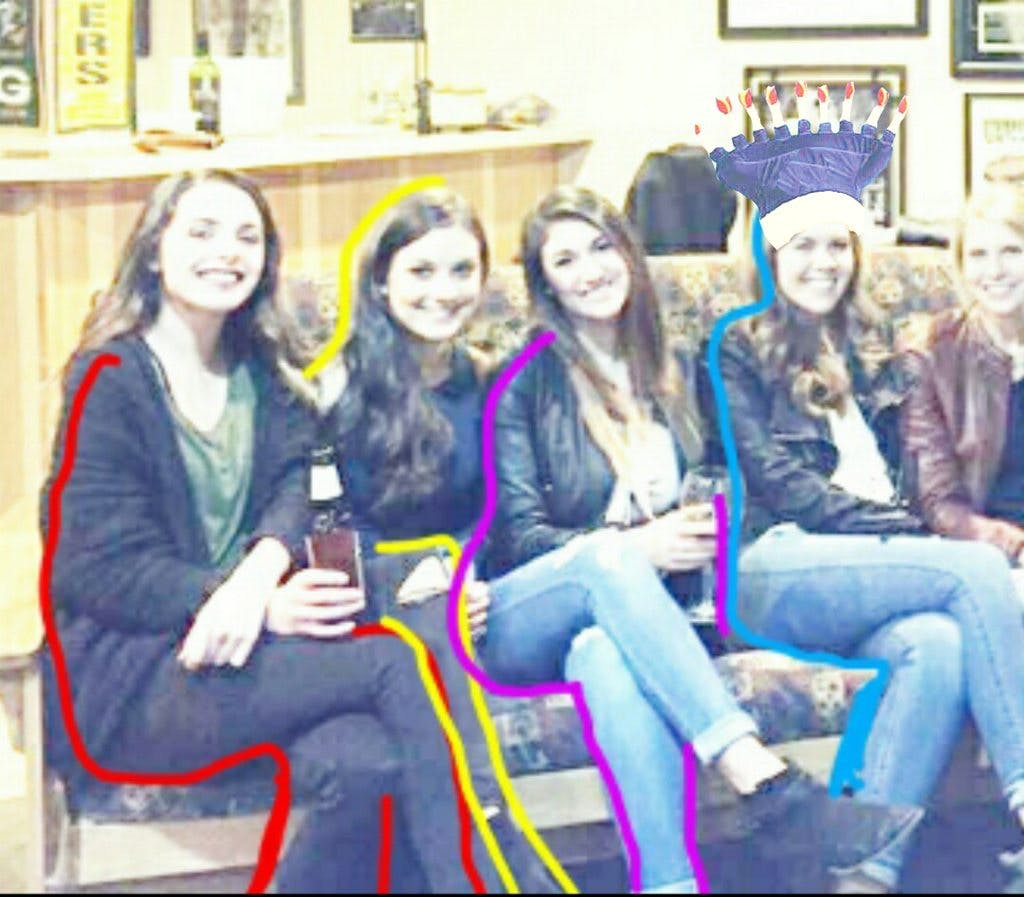 Just look at an enhancement of the original—the ripped knee of the second woman leads to the sliver of sock and a boot, while the plain black jean just continues downward and out of the frame. 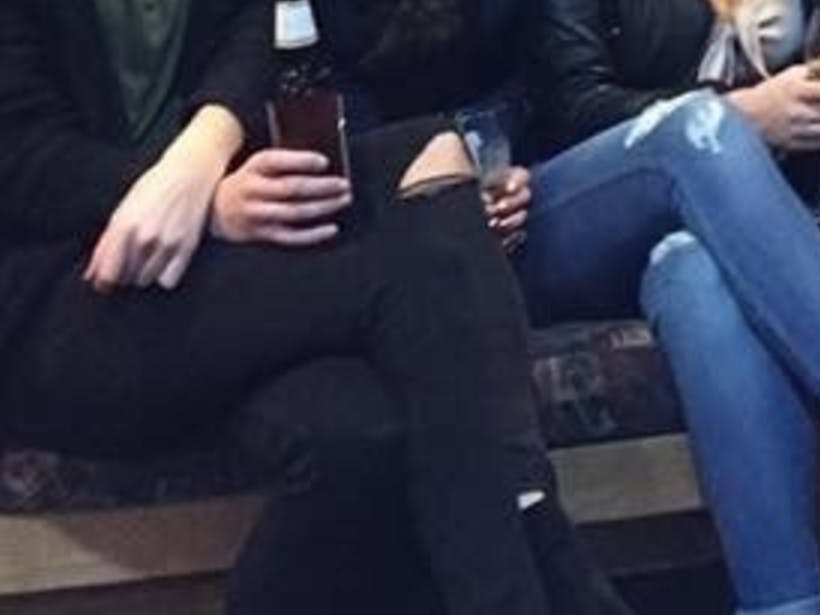 Nice try, internet, but it’s back to the drawing board with this one.

If you want to give us another rage-quit reaction comparable to that of the Dress, you’ll have to think up of an illusion stronger than these legs, the flip flops, the shiny legs, the purse, the mom and daughters, the dog’s pants, and the original Dress combined.

BRB, staring into the dark void of nothingness until I can once again preoccupy my time with the latest challenger of the Dress.