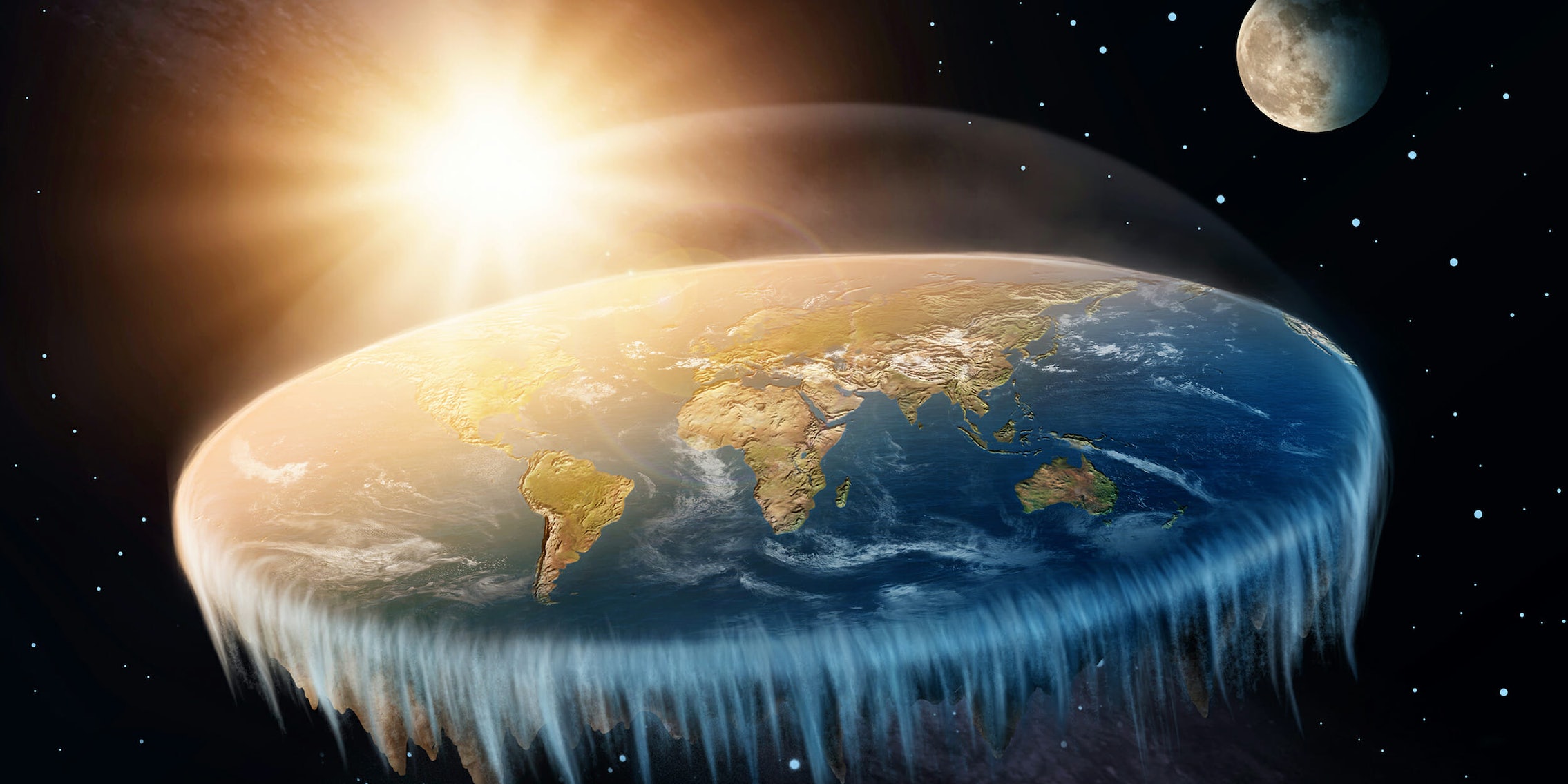 The YouTube conspiracy theorists remain committed to their puzzling cause.

Thursday morning in Beijing, China became the first country in history to land a probe on the dark side of the moon. The Chang’e-4 landing changed a lot for China and other nations that have risked similar missions in the past, but the accomplishment is anything but one giant step for flat-earthers—these YouTube conspiracy theorists who believe that Earth is flat remain unimpressed.

In a response to the Daily Dot, Pete Svarrior—a member of the Flat Earth Society (TFES) made it clear: “The Flat Earth Society remains skeptical of any government’s claims regarding space travel. We didn’t trust the USA or its allies when they said it, and we see no reason why we should view China, a hostile state, as any more trustworthy. Our society is one of empiricists—we’d much rather experience the world by ourselves than take someone’s word for what the truth is.”

Another group of flat-earthers, the Flat Earth Revolution, agreed. “It’s all fake,” they added in a statement. “Space exists only in your imagination due to stories like this. Research #bubblesinspace #nasalies #isshoax #moonlandinghoax.”

Svarrior stressed the need for independent thought in his response, pointing out that “blind belief in what you see on TV or online can be risky, and shouldn’t be a replacement for one’s critical thinking.” People among his community believe only in things they can “directly observe,” according to his responses.

In the internet age, the fringe and scientifically false notion that Earth is flat has drawn eyeballs on YouTube with videos that have convinced celebrities like Kyrie Irving to validate the theorizing. (He later apologized for it.) Recently, Logan Paul attended a flat-earther conference. Through mostly memes and easily debunked challenges, the flat-earthers continue to thrive online.

It’s hard to say if there will ever be enough evidence to change the minds of the members of the Flat Earth Revolution or TFES. Whatever proof they need, China didn’t provide it, and in their opinions, this is just another hoax.