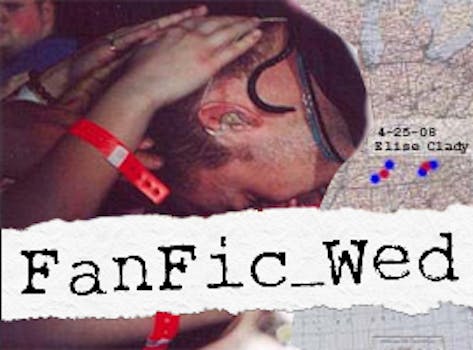 Fic Rec Wednesday: The *NSYNCs of a killer

After reading this fic, you may never be able to look at Justin Timberlake again without the eerie feeling that you're looking at an actual serial killer.

Today, however, we look at a fic whose goals, while ambitious, aren’t quite as noble.

The intro to Kel and Lise’s classic fic “Flesh  Mechanic” includes this disclaimer: “no boy banders were harmed in the creation of this story.”

Perhaps not; but the hard truth is you may never be able to look at Justin Timberlake again without the eerie feeling that you’re looking at an actual serial killer.

Justin scared JC, Lance knows. In a way, he always had. JC used to picture all these things that Justin could do, come into his room, loom, say nothing. Say anything. It alternately thrilled and terrified JC, the idea that Justin would burst in some time. He always wanted it, still does — thinks maybe, if he waits long enough, Justin will.

Kel and Lise’s “Flesh Mechanic” is RPF—Real Person Fiction, meaning based on a real person rather than a character. Like any work of RPF, it can’t be (nor does it want to be) fully truthful to the actual details of a person’s life. It weaves an alternate story about the RP’s life. “Flesh Mechanic,” however, wants you to know that this doesn’t mean it’s an Alternate Universe (AU). It’s set in “our” world, a reality where N*SYNC exists. It says so on the tin, in its full title: “Flesh Mechanic: not an AU.”
.
Sit on that page a moment. Linger for a little while longer, knowing that once you click that link to take you into this story, you’re entering a rabbit hole of awesome that’s been horrifying and delighting people since 2002.

A rabbit hole in which Justin Timberlake, former member of international pop phenomenon N*SYNC, has been steadily growing a murderous cult and killing anyone who gets in his way. 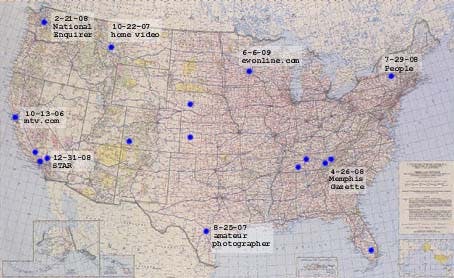 Why write a fic where Justin Timberlake is a serial killer? The short answer is, because you can. The longer answer is that serial killer AUs have long been popular in fandom, because there will always be fans who love exploring extreme characters, including sociopathy. The challenge to write a serial killer fic that wasn’t an AU, where “our” Justin Timberlake, he who brought sexy back, also brought back Helter Skelter, must have been its own reward. There are grisly comedic undertones to this fic that demonstrate how much the authors are enjoying themselves (a fact they also make clear in their commentary for the fic).

The more extensive FBI coroner’s reports confirmed extensive head trauma as the cause of death. Police have already examined the house in Memphis, the crime scene and neighboring gullies in San Diego and Sacramento. No sign of the victims’ scalps have been found. We can only assume that the killer, towards his own ends, took them with him.

“Flesh Mechanic” is told through fragments of documents and news articles—some fabricated, some real—and through the POV of Lance Bass. Lance has been hired to write a survey of pop music in the wake of N*SYNC’s demise, but instead, he finds himself with a completely different set of data: evidence that Justin is more than what he seems.

At the time Lance is beginning to piece together the story, Justin has abruptly stopped performing, isolated himself completely, and has allegedly created a commune in which he runs like a Manson-like cult. Members claim to be under the sway of “the beat,” (there’s that grisly humor again) or subliminal messages, and evidence from some crime scenes suggest they have been assisting Justin in the murders:

Pharrell and Justin were a lot alike, Lance thinks, both of them still thirteen years old behind their cool exteriors, both passionate about music beyond measure and reason. Pharrell used to come out with them, sometimes, but he’d always end up in the corner at the end of the night, waving one hand around lazily, muttering about the power of the music, the message in the beat. Justin always stopped whatever he was doing to listen to Pharrell when he got like that, nodding in time like a drum machine regulated Greek chorus of one.

That’s the part that Lance remembers. That, and the one time he saw Pharrell take off his stupid hat, the inside was lined with tin foil.

As the bodies begin to rack up, we learn that no pop artist or manager is safe. Pharrell Williams and N*SYNC member Chris Kirkpatrick both meet mysterious ends, and even Britney may need to lock her doors as the questions keep coming.

What’s funny about this fic is also the most interesting cultural commentary: a portrait of the nature of pop idolatry as akin to religious worship; the tensions that surround a gay boy band member in the closet.

“Flesh Mechanic” increases its horror steadily, letting you fill in all the traumatizing details on your own—especially when it comes to motive. And that’s probably what makes “Flesh Mechanic” a fanfic classic. Once you’ve dared to imagine the horrors that lurk in the mind of Justin Timberlake, you can’t forget what you’ve seen there.

He looked up at Chris, grinning a little bit, but Chris’ face was serious.

All images via Do Your Thing