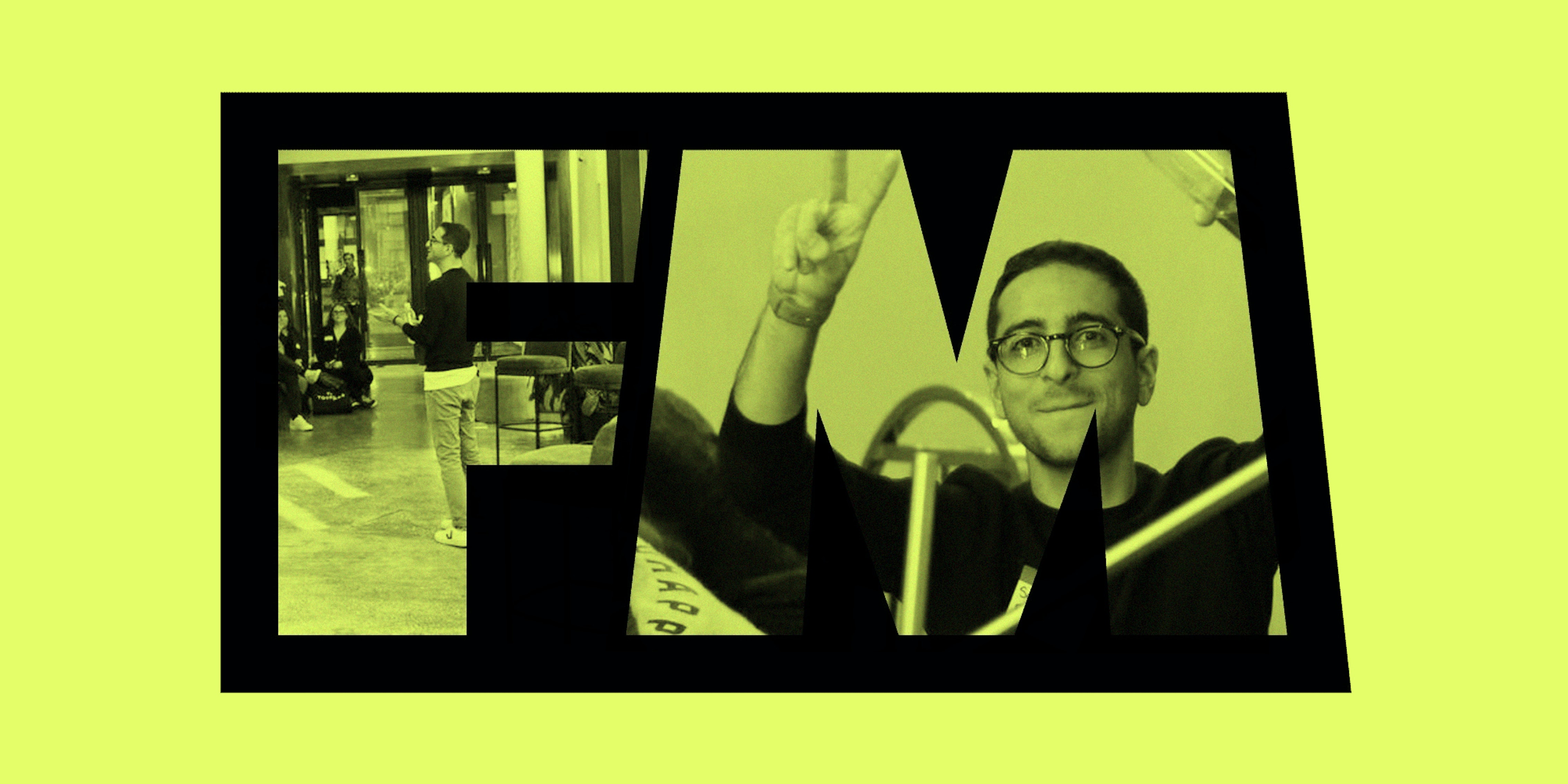 'Every second on short-form counts'

We’re sitting down with leaders on the business side of the creator economy to get their best advice for creators looking to launch and develop their careers.

This week, we spoke with Sol Betesh, co-founder and chief operating officer of Fallen Media, the content studio behind short-form shows, like What’s Poppin?, What’s Your Problem, Down Bad Patrol, and College Cribs, that air on apps like TikTok, YouTube, Instagram Reels, and Snapchat.

Sol Betesh describes himself as an “entrepreneur at heart” and a “media junkie.” He’s had a long, winding career in the media industry, dipping his toes into brand development, marketing, podcasting and even music festivals. But Betesh told Passionfruit he found the idea for his current venture, content studio Fallen Media, in an unexpected place: his dad’s morning newspaper.

Betesh said his dad was reading the New York Times when he came across journalist Taylor Lorenz’s story about 15-year-old “businessman” Rowan Winch, the creator behind a successful meme page with over a million followers.

Betesh said he immediate took interest in Winch’s story, and decided to reach out to him—and his mother, since he was 15—with a business proposition to join forces and make a company which would serve as a liaison between meme pages and advertisers, as well as a production company for up-and-coming meme creators.

Betesh said that while the meme pages launched by Fallen Media in its early days did alright, the company ended up seeing the most success with the first short-form video show they launched: What’s Poppin?

“Does the content speak to Gen Z sensibilities? Is it made for TikTok? There are some concepts that don’t fit TikTok, they’re too bulky,” Betesh said. “Where are these simple concepts that sort of fit into short-form that we can make really great 60 second videos out of?”

Betesh continued: “When we bring talent on to the show we ask questions like, are they multi-hyphenate? Can they do more than just one thing? Are they more than just a one-trick pony? Do they have a voice or POV as diverse as Gen Z? Are they relatable and authentic?”

Betesh said that having a strong, “authentic” personality is even more important for short-form content than it is for other types of content.

“Every second on short-form counts,” Betesh explained, “Gen Z—they’re scrolling through content at a very quick rate. You have to catch their attention very quickly and you have to hold their attention. And they can tell if you’re trying too hard or if you’re fake from a mile away.”

One of the company’s most successful hosts, Tucker Lindgren of Down Bad Patrol, told Passionfruit that Betesh was the one who reached out and convinced him to join Fallen Media.

“I have very little trust in anything in the entertainment industry, and it took a long while to convince me that getting paid to write and create short form content wasn’t some kind of a scam. They really treated me well from the jump and things haven’t changed, which is pretty rare at the starting points of an entertainment career,” Lindgren said.

Betesh said that there’s an old, lingering idea that any business reaching out to artists in the entertainment field is trying to take advantage of them. He says that to combat this stereotype, he is very clear with his intentions.

“This is where we could go, this is what the deal looks like, this is where the opportunity is, this is what you would be doing, this is how many hours you’d be spending,” Betesh said, “Our agreements, also, are very simple to understand. Obviously they should get a lawyer and look at it, but when we write them up, they’re written in plain English.”

Noel B. Doherty, the host of another Fallen Media show called College Cribs, told Passionfruit that clear communication was a vital part of why he chose to join the company.

“When Fallen Media reached out to me, I was familiar with their work as I had seen What’s Poppin? and Down Bad Patrol,” Doherty said, “I was involved in every step of brainstorming the show College Cribs, which I am the host of, so I felt like my ideas and creativity were appreciated and I felt comfortable and excited about the concept. Getting paid to create funny content has been a huge dream of mine.”

Both Lindgren and Doherty say that Fallen Media helps them with getting fair financial compensation.

“Always ask for more money when brands reach out, and know your worth. If you don’t know what you’re worth, ask around to other creators. We’re all in this boat together,” Lindgren advised other creators.

Betesh helps secure brand partnerships for Fallen Media’s shows, and he warned up-and-coming creators to avoid brand deals that are based on how many products you sell. Unless you’re a top creator, Betesh says the payoff isn’t worth it.

“It feels like they take advantage when they do that. We don’t take any of those deals,” Betesh said.

“We’re in a world where these content creators have these massive audiences for a reason. Hand them the keys, tell them what they need to focus on but let them sort of do their thing, and that’s how you’ll end up with the best content and the content which will get the most views, which is really the goal,” Betesh said.

Do you work with a content studio? Email [email protected] for a chance to get featured in an upcoming newsletter.