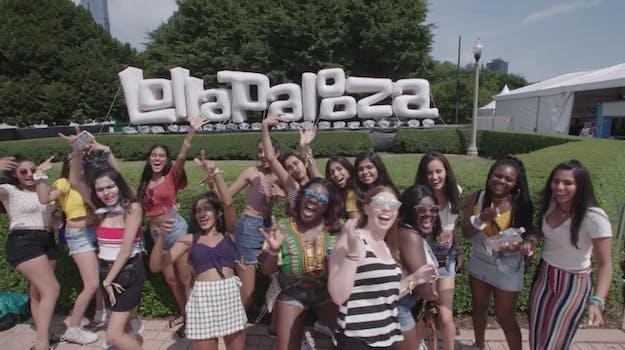 One TikToker alleged an attendee behind her had entered the festival with a positive COVID test.

The music festival, Lollapalooza, took place in Chicago over the weekend as concerns over the Delta variant of COVID-19 mounted. According to a report from NPR, ahead of the festival, organizers announced that proof of vaccination or a negative COVID test would be required upon entry.

However, social media users are calling out the festival for not doing a thorough job of checking for these requirements and alleging that people used fake vaccination cards.

In one viral video posted to TikTok, which currently has over 249,000 views, the woman in the video ranted about the lack of thorough vaccination and negative test checks when entering the festival.

“I got through four layers of security in under five minutes and that is simply not fucking okay,” @bigkaththeb111tch said passionately in the video. “The first two layers they’re checking your vaccination card or your negative COVID test and people were getting through they aren’t checking the text on those.”

She then went on to say that she was standing in front of a man who boasted about getting into the festival with a positive test result. One video from a local television station covering the event shows how this might have happened. In the video, hundreds of people are seen holding up their vaccination cards as they entered security.

There have also been claims that people were getting into the festival with vaccination cards that were not theirs. A photo intern at the Chicago Tribune named Vashon Jordan Jr. posted about this on Twitter saying that fake vaccination cards can be purchased with a single-day wristband for $50.

The Daily Dot reached out to Lollapalooza for comment but did not immediately hear back.