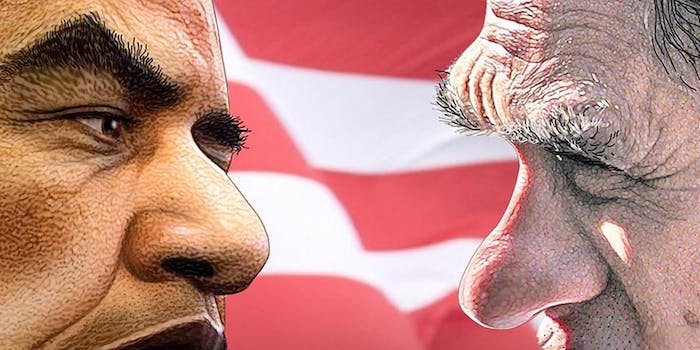 With more than 1,000 illustrations on Flickr, DonkeyHotey's barbed portraits have been ubiquitous throughout the presential race.

The 2000 presidential election angered Americans unlike anything people have seen since Richard Nixon’s Watergate scandal. Hundreds of people protested in the streets while others filed lawsuits against Florida officials for allegedly not counting their votes accurately.

Instead of picking up a picket, DonkeyHotey channeled his frustration into creating caricatures of Washington’s elite.

Chances are you’ve seen his work. Since 2010, the anonymous illustrator has posted more than 1,000 original caricatures on Flickr for people to use freely with attribution, an act that has led his work to be featured everywhere from Charles Pierce’s political blog to here on the Daily Dot.

From President Barack Obama’s big ears to Mitt Romney’s pronounced chin, DonkeyHotey’s portraits exaggerate politician’s unique features. Unlike most caricaturists who focus solely on the physical, however, DonkeyHotey digs deeper with his work.

“Generally I am trying to capture a facial expression that tells something about the person as it relates their actions in current events,” said DonkeyHotey, who asked that his identity not be revealed. 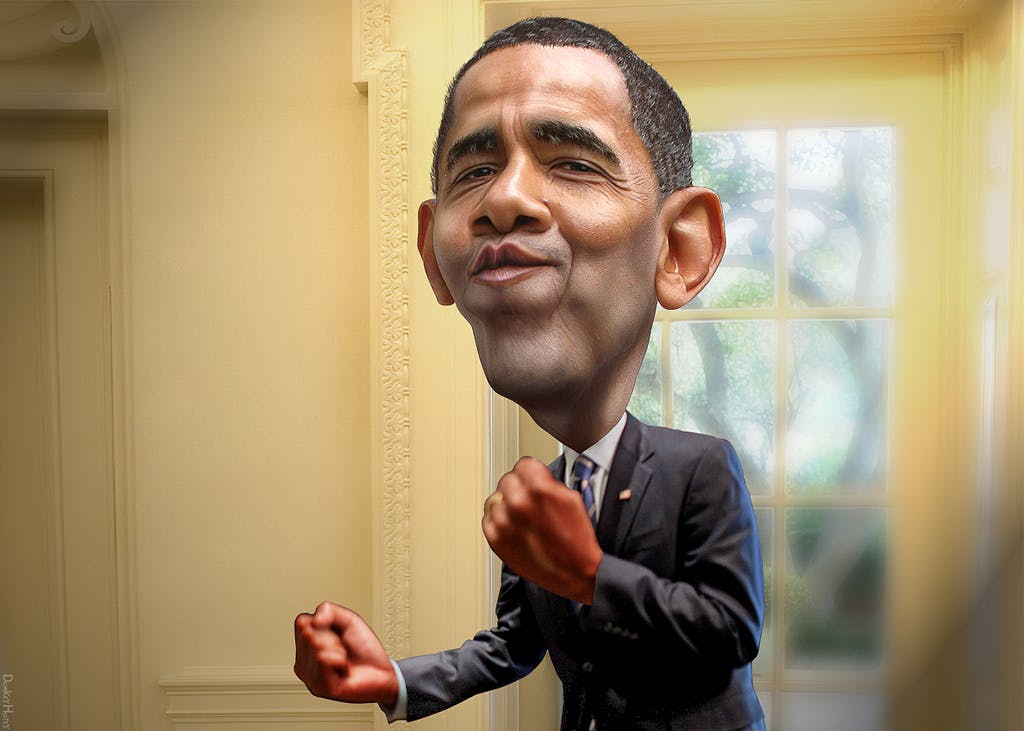 Each caricature takes about five to six hours to create. He uses Photoshop, a couple of plugins, a trackball, and a pen tablet. Most of the time is spent adding depth and details to the eyes, mouth, hair, and skin. All of the work is done in 300 pixels per inch (PPI) and then reduced to produce a clear image.

DonkeyHotey’s perhaps best known for his caricature Prresident George W. Bush, who the artist claims “practiced crony capitalism and would sacrifice anyone or anything to achieve their ends.” The illustration portrayed Bush as a chimpanzee, tearing up the Constitution. It stirred up quite a bit of controversy and taught DonkeyHotey a valuable lesson about the power of art and perceived stereotypes. 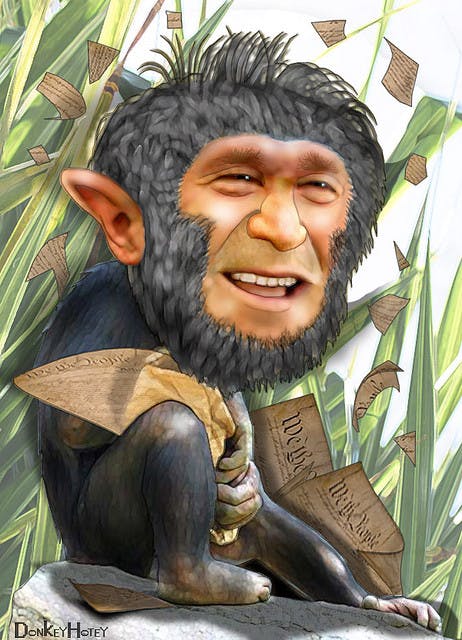 “If I want to use [stereotypes], I should have a really good reason and be prepared to defend them,” reflected DonkeyHotey, a self-taught caricaturist. “If the use of a stereotype blinds the viewer from my message then I am not successfully communicating.”

Growing up, DonkeyHotey was no stranger to stirring the proverbial pot. While in high school, one of DonkeyHotey’s favorite artists was Thomas Nast, a caricaturist and editorial comic whose illustrations help take down New York’s William “Boss” Tweed, a corrupt politician. But in order to do so, Nast had to play a little dirty. That resonated with DonkeyHotey.

“I did my first cartoon in high school for the high school paper,” he said. “It was about a local judge who had barred a political magazine from school. I pictured the judge being aroused by images in the magazine he banned“It caused a problem for me with the principal at the time.”

This penchant for brutal honesty has served DonkeyHotey well over the years. His ubiquity on the Web helped land him contract work earlier this year with Esquire.

But what DonkeyHotey is most proud of is seeing his work show up at the top of Google’s image results. (Try “Romney caricature” for example). This has presented opportunities he would never have dreamed of, such as the cover of Utne Magazine, which is in large part thanks to posting his images under Creative Commons, which allows artists to freely determine what licenses they can reserve or waive when it comes to their work. 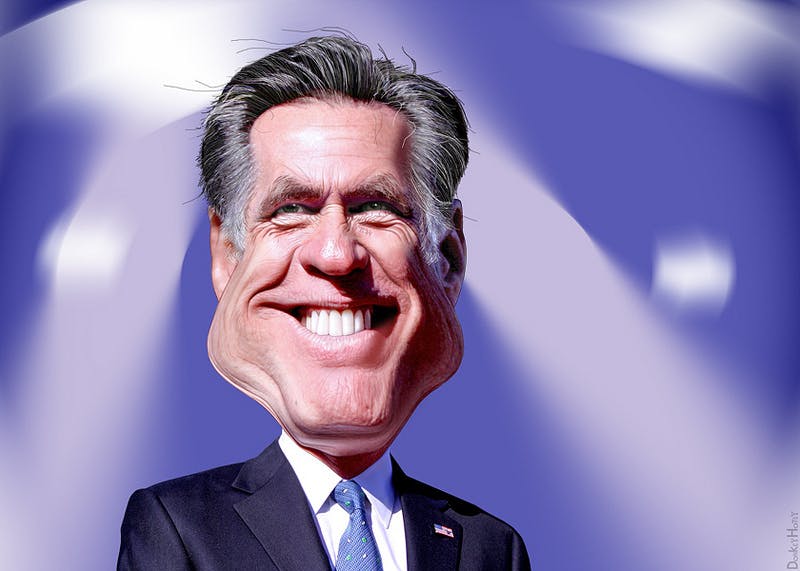 “One of my goals is to express ideas,” DonkeyHotey said. “I always try to choose CC licenses that permit commercial use and remixing. I needed to be able to develop my skills and decided that the best way to was to be part of a community. It also allowed me to see what kinds of images publishers actually want to use.”

Last night as millions of Americans were glued to their TVs and phones, eagerly awaiting the results of the election, DonkeyHotey was hard at work creating exclusive caricatures for Esquire.

“I believe we could solve most of our problems if everyone voted and everyone took time to contact their representatives on a regular basis,” he said. “It seems simple, but 38.4 percent of eligible voters did not vote in 2008. Those people could change everything.”

Until that statistic changes, DonkeyHotey will have to voice his concerns and frustrations the way he does best—with pen tablet in hand.

All illustrations by DonkeyHotey