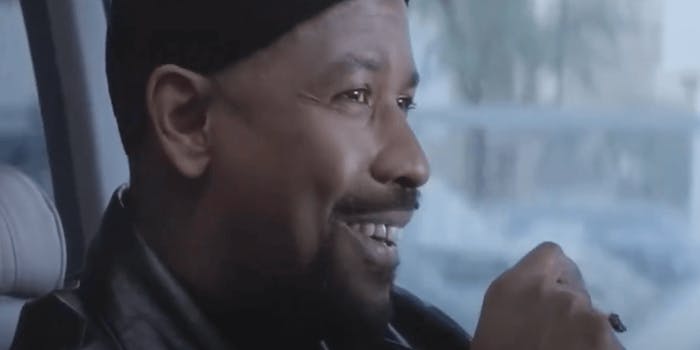 Memes created or inspired by Black creators and characters dominate the internet, directly guiding and influencing the mainstream through micro-snippets of Black culture.

Memes created or inspired by Black creators and characters have long dominated the internet, directly guiding and influencing the mainstream through micro-snippets of Black culture.

More specifically, these memes largely stem from the vestiges of conversations on Black Twitter, which Black women and Black queer people primarily run. For example, the “and I oop” meme was created by Jasmine Masters, a contestant on the seventh season of RuPaul’s Drag Race.

In truth, if you see a funny-ass new meme, slang, reaction GIF, or trend, the probability is high that it came from Black Twitter. For additional reference, look no further than the people who thrive from and catalog memes: In Giphy’s top GIFs for 2019, Black creators inspired or made four of the top five and six of the top 10. Masters’ GIF was No. 1.

In the end, memes are about nailing a point in a hilarious way or just plain silliness. Black memes, more precisely, speak to a specific tone or a reason for Black joy. Social media, on the whole, has been a tremendous tool for flattening the landscape and creating opportunities for the heterogeneity of Black voices in all mediums. The meme, though, is a constant reminder of that collective genius.

Here are some the best, iconic and underrated Black memes to arrive over the past decade or so.

The best Black memes to date

Roland “Wee-Bey” Brice from The Wire is a composite character. Ed Burns, the show’s co-creator with David Simon, based him on a feared drug trafficker and hitman from eighties-era Baltimore.

In this scene from season one, episode 11, “The Hunt”—which first aired on Aug. 18, 2002—he’s shocked after Stringer Bell (famously played by Idris Elba) tells him a woman he recently shot was an undercover police officer. Now, Wee-Bey’s reaction is the go-to for almost anything unbelievable.

2) Unimpressed Viola Davis in How to Get Away With Murder

This has become the meme for all women both unbothered and uninterested in the bullshit. Davis’ expression is everything.

This has been a stand-in for absolute delight for some time.

Though he has many memes under his belt, Washington’s “Uncle Denzel,” first appearing in 2016, brought America to its knees in laughter. However, it was to Washington’s chagrin: He wanted everyone to know he was shooting a film (2016 western The Magnificent Seven) at the time, and he obviously hates the meme.

The aforementioned Giphy No. 1 GIF of 2019 is an all-time great, a perfect meme for instant reflection of comeuppance, surprise, or shade.

Black people have regularly used this versatile meme of the Academy Award-winning actress to scream out all sorts of randomness, including many rap lyrics—which makes the meme even more hilarious, because it’s a middle-aged white woman.

The GIF came from a URL (Urban Rap League) battle rap showdown where Conceited destroyed Jesse James. Conceited’s “slow it down, I just dissed you” scheme centered around saying a line, then re-running the bar with slightly different words. His reaction in the meme occurred when James stumbled on his bars—a death knell in battle rap. It’s become a meme for noting failure.

8) A confused kid with a cup

This is a straightforward, multipurpose meme for the confusions of our lives.

Miss J Alexander, a gay icon, clutches his chest as he tries to look away from whatever atrociousness he’s just seen.

It’s a great meme, useful for virtually any LOL sort of responses.

Yet another classic from The Wire (and there are many options from the show) Wendell Pierce played Bunk Moreland, a homicide detective that rarely suffered from fools.

12) Nick Young is beside himself

This meme and GIF arose when the longtime NBA veteran, nicknamed Swaggy P, was roasted by his family on video. His reaction captured the low-key pain behind the smile we’ve all had when our loved ones blindside us.

One of the great memes of all time. “Aight (or ight) Ima head out” is Black shorthand for so many situations within the Black community, from someone saying something outlandish to different life situations.

There are a few Jay-Z memes out there, but I went with the most expressive one, where he’s backing out of a dicey situation.

It’s sadness and despair consummated in a single meme.

Another classic, this GIF is used for instances of broad approval. It’s from the scene when Alonzo (Denzel Washington) gets the rookie Jake (Ethan Hawke) in the car.

You know the words, even without audio: “Oh no, baby, what is you doin’?!” It’s the famous catchphrase Nick Joseph says in the (sometimes) staged videos with his friend “Dancing Dan” Rue, aka “Daniel-San.”

There are many great ones for our president, but this is the one that best encapsulates effortlessness. Seriously, of anyone who’s occupied 1600 Pennsylvania Ave. NW, who could’ve provided you with such an uncontrived, cool reaction? Can we have him back?

Even in space, Black people get done in first. In episode 28 (“Where Silence Has Lease”) of season two of Star Trek: The Next Generation, an evil character called Nagilum announces its wonder about humankind and wants to test the physical limits of the human body. It causes Ensign Haskell to experience violent convulsions, leading to his untimely demise.

Today, the meme is a stand-in for a mind-blowing event or revelation.

20) Zo coming to grips with reality

Alonzo Mourning was one of the NBA’s most celebrated centers, plying his trade as a shot-blocking superstar with the Miami Heat. This meme comes from a 2006 playoff game against the Chicago Bulls, where at one point the Heat were getting demolished by more than 30 points. He explained his emotions in an ESPN clip. The Heat ended up winning the championship that season, in part due to Zo’s defensive abilities.

21) Desus is melting in shock

It’s low-key an all-purpose great. It can be used in a variety of surprise situations, from finding out your significant other had a wildly varied sex life before you to whatever else can fall under that.