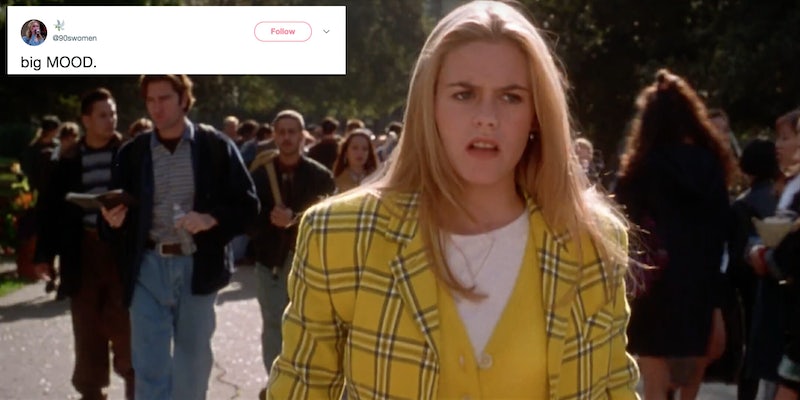 Big Mood is the internet's favorite phrase in 2018 (so far).

“Big Mood” is a Twitter phrase that took off in January. Its meaning is literal: People are using it to express a big, or intense, feeling.

A GIF of a smirking cheerleader with the caption “Big Mood” popularized its use, but in recent weeks, Big Mood has only gotten bigger. It’s no longer just a part of internet’s lexicon—Big Mood is now a big meme.

Take a look at some of these recent Big Mood jokes:

Yes, even Ben Affleck and his back tattoo became a part of Big Mood.

This is the most Big Mood picture ever taken pic.twitter.com/dmapXNiTse

Learning to relax, smiling through tears—it’s all a Big Mood.

smiling through the tears is a big mood for… approximately… eternity

*on my death bed, surrounded by wailing loved ones*

But how do you know if something is not just a mood, but a Big Mood?

Anything can be a Big Mood if you really believe in it.