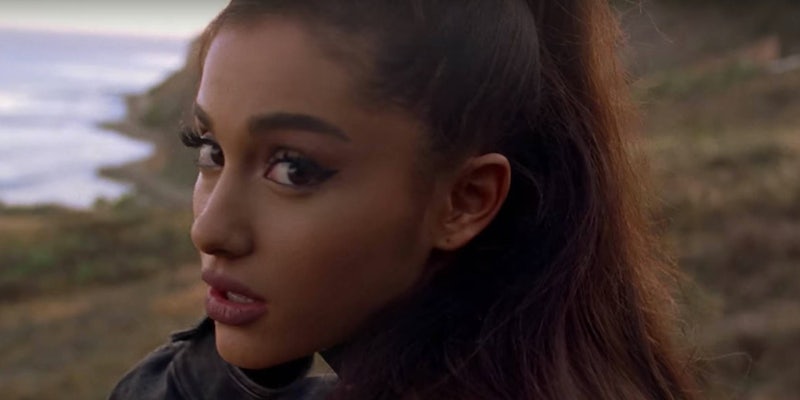 Most of the internet is absolutely obsessed with Ariana Grande’s new single, “thank u, next.” The epic song thanking her exes is a hit already, but a misheard lyric had fans wondering who exactly Ariana was talking about when we referenced the relationship that would last.

Apple Music had the lyric written as: “But this one gon’ last / ‘Cause her name is Aubrey.”

Who is Aubrey, you ask? We have no idea because the correct lyric is actually: “But this one gon’ last / Cause her name is Ari.”

Given that the correct lyric makes a lot of more sense, people were quick to go off on Apple Music. Some simply asked for the mistake to be corrected.

Others were confused. “Y’all hear Arianna say Aubrey or was that just me,” someone else asked.

y’all hear ariana say aubrey or was that just me pic.twitter.com/Yrz9AtG6ZQ

Plenty of people wondered if Aubrey was a reference to Drake, whose legal first name is Aubrey.

she met someone new and her name is aubrey pic.twitter.com/GEqbVxBwXL

Another person on Twitter went along with the joke, sharing a photo of Ariana hugging … herself. “OMG I FOUND A PIC OF ARI AND AUBREY GUYS … they look so alike,” they tweeted.

Some couldn’t believe they got duped, tweeting “Me googling ‘Who is Aubrey’ when my dumb ass should have realized Ariana just didn’t enunciate “Ari” properly.”

Grande herself was quick to correct Apple Music on the mishap. “I said Ari fam,” she tweeted to Apple Music.

She threw a little shade their way by tweeted Spotify soon after saying “thanks for getting it right.”

At least we know the truth. Ari isn’t hiding any secret lovers. Just herself.