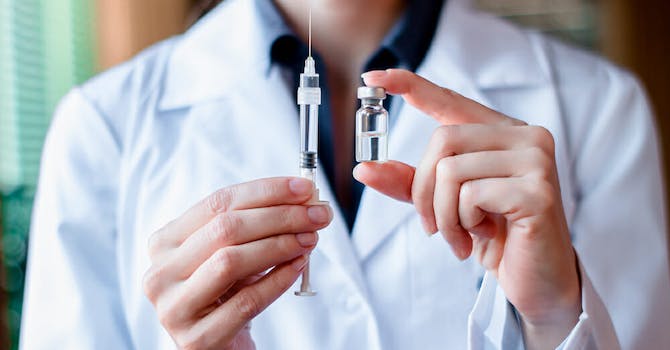 Everything from the stresses of adulthood to sports, politics, and healthcare has been made into memes, with hilarious and sometimes poignant results. Hell, some can be surprisingly informative, like the darkly funny memes that take aim at anti-vaxxer parents. The results are harsh and are trending high on Reddit this month by appropriating classic meme templates like the thinking raptor.

They point out the lack of scientific evidence behind claims that vaccinations cause autism or several other supposed negative side-effects of vaccines. In reality, as many of the memes point out, refusing to vaccinate a child often leads to children developing the illnesses that vaccines prevent. Kids suffering from severe childhood ailments like cancer cannot be vaccinated. This means they are at much higher risk without the guarantee of herd-immunity.

These memes aren’t artistically adventurous. Many are just stock photos with “vaccines cause adults” plastered on, but they’re having a moment all the same.

The best anti-vax memes on the internet

Captions like “vaccines cause adults,” and “when non vaccinated kids ask their mom if they can live to 20,” harshly condemn those parents that choose to raise their children without vaccinating them.

Many people also used memes to question the anti-vaxxer stance, like one that says “If anti-vaccine promoters say childhood disease  infections are good for kids, and vaccines actually cause the diseases they’re meant to prevent… Wouldn’t they want to vaccinate their children?”

These memes point a finger at a big problem in the U.S. Vaccine skepticism has flourished in the internet age and has recently been highlighted by a heart-wrenching Twitter thread from the mother of a child with cancer. Anti-vaccine parents have also used Facebook to arrange “pox parties” that expose children to the chickenpox.

Anti-vax memes will never die. Which is ironic.

Vaccinate your kids, people, or face the wrath of memes.